Αrchitect and planner, Dr. Tanya Iatridis, made her mark by bringing the completion of the inspired redevelopment of the New Smith Campus Center, one of Harvard University’s central, administrative buildings. Students can now concentrate and study in a relaxed environment, whose aesthetics rests the mind and becomes a lever of inspiration, to rest from the university lectures by playing a chess game or to satisfy their hunger with a “choriatiki” (Greek salad). 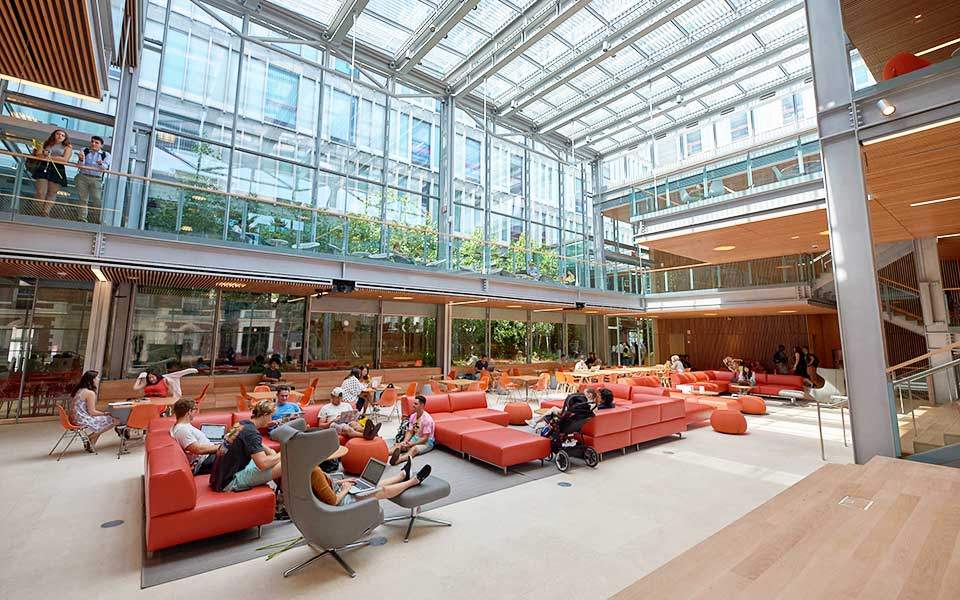 “The former university president, Drew Faust, has recommended to us as architects to make the most of the advantages of the campus’ natural environment,” recalls the Greek-American architect, who has been working for Harvard for 28 years, wishing to explain the philosophy of the new configuration. “This point is urban crossroads for all “passer-bys” as it is located in the heart of Harvard Square, a few steps from the metro station and in the center of Cambridge campus”, describes to “Kathimerini” Dr. Iatridis, wanting to highlight the comparative advantages of space, where from the mid1960s – according to the lively narratives of older students – there was a building without a personality.

Today, however, the picture is fully reversed. The building gained entrances from all sides, favoring pedestrian traffic. The ground floor hosts restaurants of seven major chains – including Saloniki. “Food and drink make an important contribution to bringing people closer and I’m delighted that the Harvard University community will have so many choices when the Smith Campus Center opens again,” said the chairman, Faust, during the construction work. “At Harvard, we are opening the third store in our chain,” says the owner of Saloniki, Mr. Iraklis Papachristou, the other two being in Boston and around MIT. “The forthcoming operation of Saloniki will be a cause for thousands of students from all over the world to get to know Greek gastronomy,” says Stratos Efthimios, general consul of Greece in Boston. 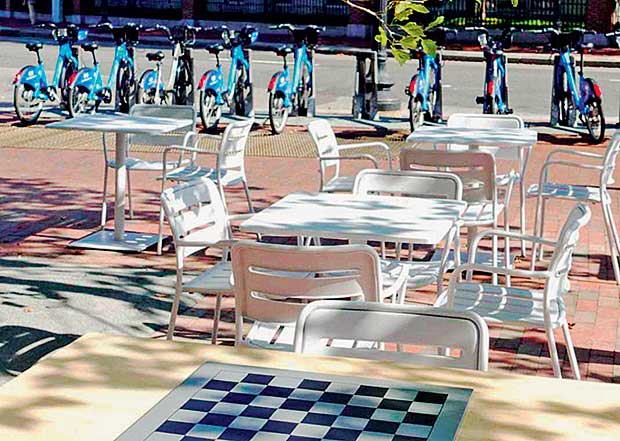 In the courtyard have also been created meeting places, relaxation and study rooms with free access to the Internet, as well as many tables with built-in chess-boards – taking into account the weather conditions, chess tables have been placed equally in the interior. “At the same time, there are large interactive screens that inform students of all events in museums, libraries, institutes and colleges,” explains Dr. Iatridis, chief designer and design director who worked closely with London’s Hopkins architectural offices and Van Valkenburgh Associates Landscape Architects in Cambridge.

Significant changes have also been made to the interior of the building. “By combining a tall central tower with low pavilions we have secured that natural light will spread in the halls” she notes. The first floor hosts vertical gardens and a built-in showcase with seasonal plants. On the ground floor, there are the Harvard Commons, “where conversations and concerts take place in the morning, and in the evening, it is transformed into a lecture place and a scene for a variety of events. However, the pride of the 60-year-old architect, who grew up to ten in Greece, is the tenth floor. “Here the view is breathtaking,” she says jubilant, “the view reaches up to the Charles River, Allston campus and Harvard’s historic courtyard.” 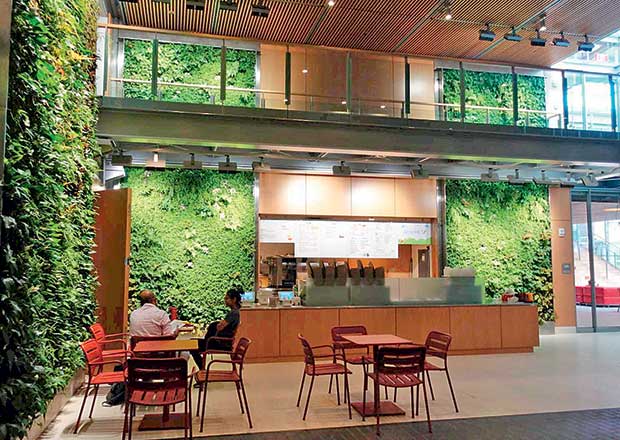 It would not be unfounded to claim that Greece inspired Iatridis. “I have spent at least 50 summers of my life in Sifnos, exploring the amazing clusters of villages and the Cycladic architecture. I am very proud of the outcome,” concludes the Dr., who was in charge of the conception of the project and the first stages of construction, “I wanted to offer the university community a space that promotes communication, collaboration, learning and the feeling of belonging “.