The Greek who wants to upend the sunglass establishment

In the sunglasses’ global market of 100 billion euros, which is in the hands of only a few people, the Greek-American Aristotle Louis, who created the company Ellison, is making steady steps towards the top.

His start-up in Chicago, in December 2016, searched through a finance platform $ 50k to expand its operations and managed to succeed within only nine days. When the process was completed, the target was overstated by 272%, accumulating 136 thousand dollars.

Ellison wants to create a new category between expensive branded glasses and “cheap” ones, which do not offer any protection from the damage that sunlight can cause to our eyesight. As Mr. Lumis explains, Ellison is handmade, produced and will continue to be produced in Greece by a family craftsmanship with the highest quality materials, such as Carl Zeiss lenses. 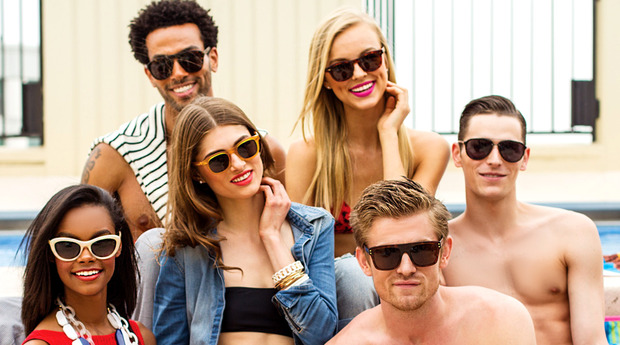 At the same time, Club Ellison has begun a loyalty program, with which the buyer can replace their glasses that have been lost, stolen or destroyed with a 50% discount among the entire collection of glasses. By way of example, most of the company’s plans cost about 165 euros, while with the replacement this price is around 80 euros.

In addition, with every pair of sunglasses and Club Ellison membership sold, Ellison will provide sight to somebody in need either by providing spectacles for children (the results of giving glasses to the child are miraculous – have access to basic eye care makes the difference in children’s education) or by building Vision Centers for the poor (many rural areas don’t have access to basic eye care. Our donations help build eye care centers to provide help to people in need) or by training eye health personnel (along with the shortage of eye care access, the rural clinics that do exist lack trained staff. Our donations help train the personnel to provide basic eye care).

Ellison made its appearance in June 2014 and the channels from which its products are marketed are optician’s outlets at sixteen points, an online store and pop stores that open to promote the products. 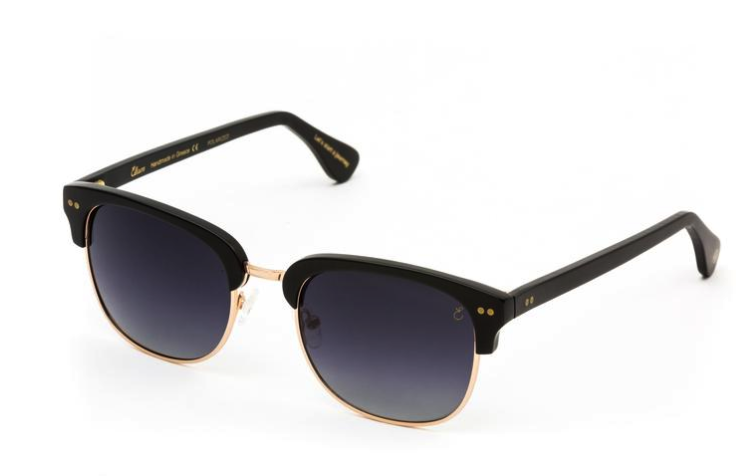 Ellison Glasses is the only American Sunglasses brand that sells premium, handmade Greek frames. Local craftsmen and women express themselves with their attention to detail in every pair. With American ingenuity as its backbone and Mediterranean style as its passion, the glasses could not have led the business anywhere but to success.

The founder and CEO of Ellison Eyewear, Aristotle Loumis, grew up in Chicago, but comes from Kalamata, Greece, from his mother’s side, while his father was born in Piraeus, though he moved to America for professional reasons in the 1970s, since he already had a successful career in shipping.

He has said in an interview that he grew up with the principles of hard work and education and that he always had a bit of the entrepreneurial spirit. “As a teen, I took to the wealthier areas of the city and offered my services as “the neighborhood poop scooper”. Soon, I was making $400 per week. Not the most glamorous work by any means, but it taught me about hard work, and that it’s possible to create a business from a simple idea. 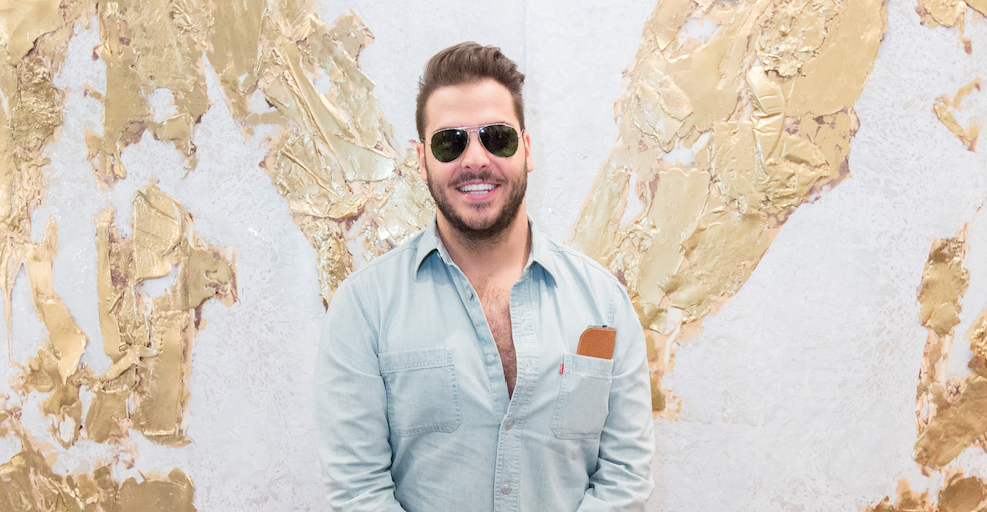 At 18, I headed to the University of Iowa to study dentistry. I still split time between, Greece, Iowa, and Chicago, and I refer to myself as “Greek-born, city-raised, and corn-fed.” As I began my studies, two distinct happenings made me rethink my path. I went to Greece to meet my father – a successful entrepreneur in his own right – for the first time. I was inspired by the culture, beauty, and history of Greece.

Seeing a photo of a cataract patient who’d gotten his sight back made me begin to reconsider his career path. I wanted to help people with eye issues, but there had to be a way to create something more meaningful than simply hosting fundraisers or donating to various causes. I began to investigate business opportunities. My father told me something very important. He said, “All you need is one person to believe in you, and I believe in you.” I’d always been somewhat of an entrepreneur, but I became compelled to take it to a higher level”.

“My vision was to create a pair of glasses that, when you bought it, a poor man would have – with the money you spent – also a pair of glasses. I sold everything I had and went to China to see how I could make glasses at a lower price. This attempt completely failed and so I learned a lesson on the first steps and what to be careful of”. 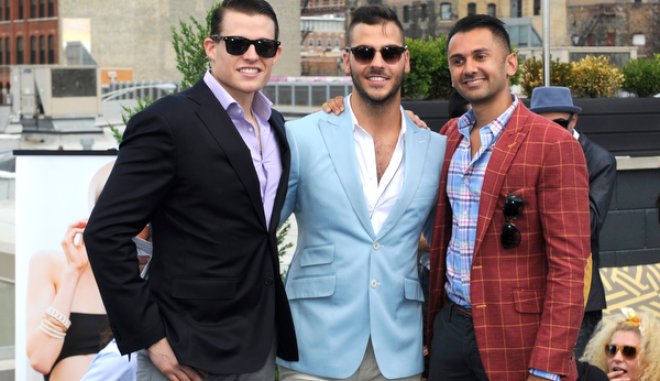 An appearance on American television helped him catch the attention of Greek-Lebanese billionaire Marcus Lemonis, which led him to become an investment receiver, to shoot for CNBC’s “The Profit” and to become a partner in the worldwide recognizable Marcus Lemonis Fashion Group.

He stayed in Italy, but also in his father’s homeland, Greece, for three years. At the same time, he was investigating materials and production of the highest quality possible. Seeing that Greece needed financial stimulation, and as a way of creating jobs, eventually came to a small family factory in Greece where he spent time learning the process and became a planning expert, as well as in the production of his own projects. With only 16 employees to start, the company brought about a quarter of a million dollars to the Greek economy. With this business, he has “transferred” the passion for quality-project, entrepreneurship and charity, not only in Greece and his native homeland, Chicago but also across the globe. 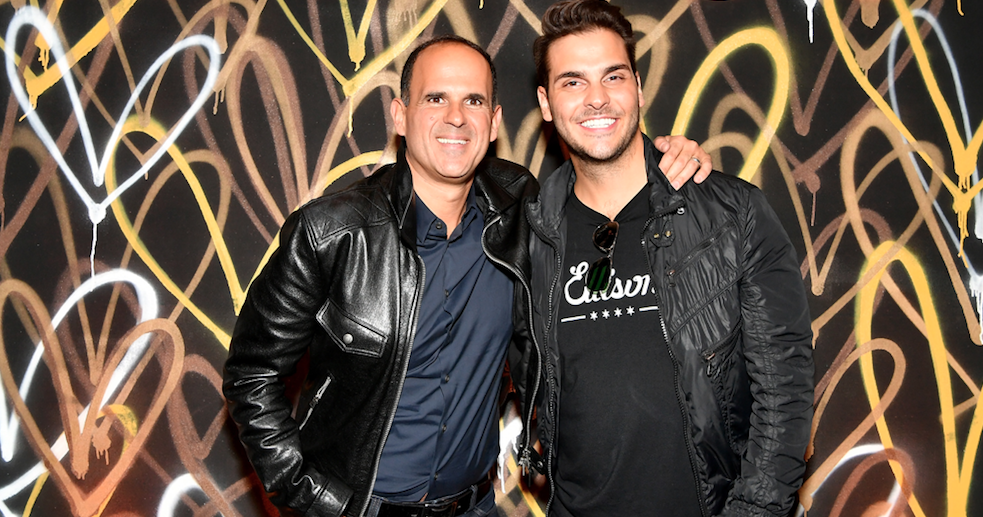 He has extensive experience in business and marketing, and he is eager to disturbing the growing optics industry by introducing a lifelong consumer-service model that will also support an integrated social mission. Since the beginning, its goal has been to overcome consumer expectations and achieve top-notch construction in real terms. Today, he is a Youth Profession Chair at the Greek America Foundation and Project Hope for Greece and a member of the Entrepreneur’s Organization Fellowship Program.

Ellison not only disturbs the monopoly in the eyewear with honest pricing but also introduces a social mission, as it has so far provided glasses to more than 4,500 people in need. He also created the first of many Ellison Marketplace to help the Syrian refugee crisis in Greece and built more than 40 homes in Latin America. 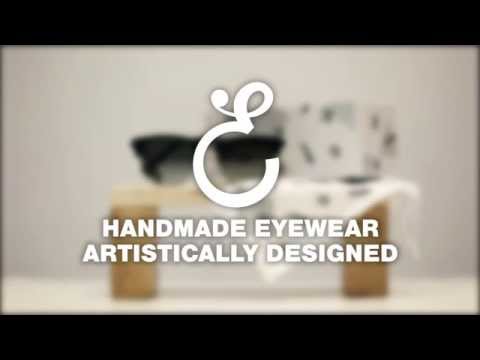