In a greatly successful excavation in the ancient city of Olympia, archaeologists unearthed an ancient tablet which has engraved with 13 verses of a poem from Homer’s 14th Rhapsody of Odyssey, in which Odysseus addresses his lifelong friend Eumaeus. The poem recounts the adventures of the hero Odysseus after the fall of Troy. It is believed to date back to the 3rd century AD, during the Roman era.

Investigations of this preliminary dating have begun, through the systematic study of the inscription, and the earliest data collected show that this finding is the oldest surviving extract of verses 1-8 but also of verses 9-13 – so far – the oldest, that is, written part of the Homeric Poems that has come to light.

The 12,110 verses of the Poems were composed only verbally by Homer. The Odyssey is widely considered to be a seminal work in Western literature and the poem tells the story of Odysseus, king of Ithaca, who spends 10 years trying to get home after participating in the fall of the kingdom of Troy. Previously, the oldest written record found, was a writing on a parchment from the Christian Era, of which only a few pieces have been found in Egypt. The tablet, apart from its uniqueness, is a great archaeological and historical proof.

Also, according to the current data, it is the first time that a fragment of the Odyssey is found on a clay plate, while the research team explores the possibility that this is the oldest Homeric Poem text ever found in the Greek area (except for shells with 1-2 lyrics).

The Hellenic Ministry of Culture announced that the tablet was found near the ruined Temple of Zeus in the ancient city of Olympia, and it has been dated to Roman times.

The Hellenic Ministry of Culture announced that the tablet was found near the ruined Temple of Zeus in the ancient city of Olympia, and it has been dated to Roman times. The tablet, discovered by Greek and German researchers, contains 13 verses.

In the course of the surface, geoarchaeological research, within the framework of the three-year research program titled “The Multidimensional Site of Olympia”, which takes place around the sanctuary under the direction of Dr. Erofili-Iris Koleda, Head of the Hellenic Institute of Political Science in collaboration with Professors Franziska Lang, Birgitta Eder, Andreas Vött and Hans-Joachim Gehrke of the German Archaeological Institute and the Universities of Darmstadt, Tübingen and Frankfurt am Mainz.

The first major excavation in Olympia began in 1875 and was funded by the German State. The head of the archaeological mission was the German archaeologist Ernst Kurtius. Responsible for the excavation were also, Gustav Hirsfeld, Georgie Troy and Adolf Furtwengler, who worked together with architects Adolf Bettcher, Wilhelm Dorffeld and Richard Borman.

Previous important excavations were made in the central part of the sanctuary of Altea, in the 17th century, including the Temple of Zeus, the Temple of Hera, the Registry, the Prytaneum, the Echo Stoa, the Treasures, the Pryteneion and the Arena. During these excavations, significant findings were found, among which was the Niki of Paionios and Hermes of Praxiteles. A total of 14,000 items were discovered and are now housed in the Archaeological Museum.

From 1952 to 1966, Emil Kuntse and Hans Slaif continued the 1936 halted excavations, along with architect Alfred Malvic, and excavated the workshop of Pheidias, the Leonidio and the northern wall of the stadium, as well as the south-eastern area of the sanctuary. Also, in the years 1972-1984, Alfred Malvic found dates from the stadium, and graves from the Prytaneum. From 1984 to 1996, Helmut Kirielais continued the excavations in Prytaneum and Pelopion, finding information about the history of the sanctuary. 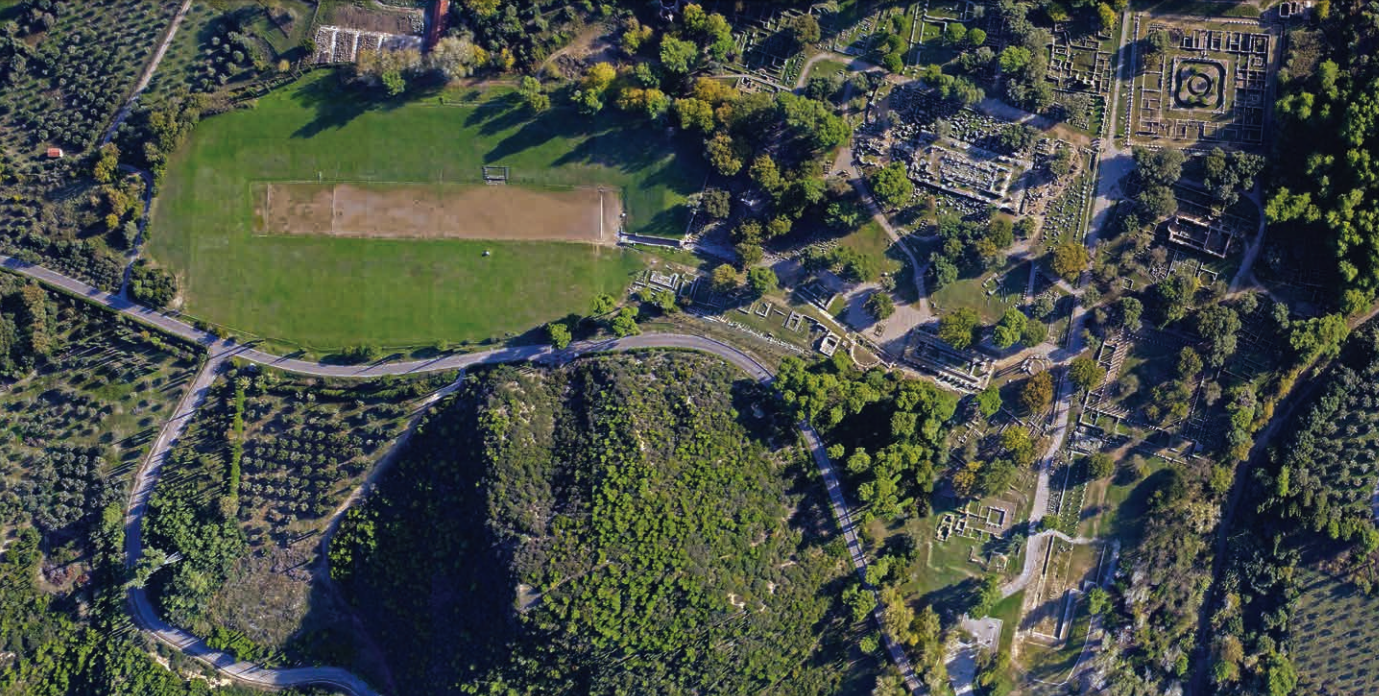