Nick Koulousias is a Greek chef and a member of the team of chefs who are responsible for the menu of Prince Harry’s and Meghan Markle’s Royal wedding. He has previously cooked for several world-famous personalities, such as the Russian President, Vladimir Putin. In a recent interview, he said that the preparations for the Royal Wedding begun in March, while the team of chefs is still trying to finalize it. The wedding will take place on May 19, 2018, at the Windsor Castle.

In 2007, Nick Koulousias was named “Best Chef in Northern Greece” and has since received a number of awards for his rich cooking with spices, truffle, Kozani’s saffron and honey, ingredients based on the Greek cuisine. He dearly loves Greece, feels proud to be Greek, and plans to end his career as a chef abroad, in order to open his own restaurant in the city of his origins. 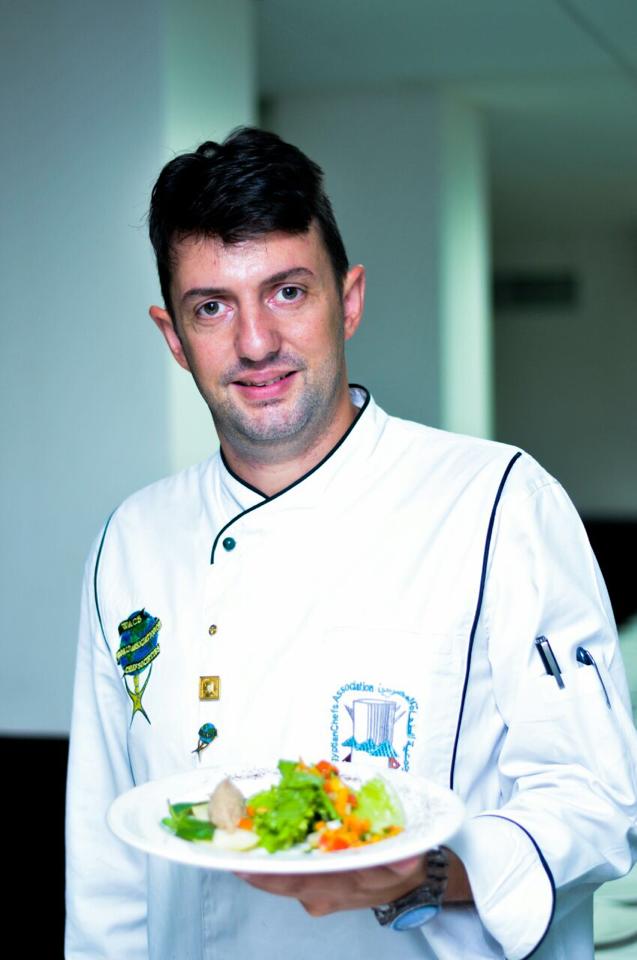 The 35 years old distinguished chef, descends from Neapoli in Kozani, was born and raised in Germany. Since he was a child, he knew that cooking would be his life choice. In an interview, he said “Instead of playing football or any other games with children from my neighborhood, I was at my uncle’s vegetable garden. I enjoyed watching how vegetables grow and smell.”

By sixteen, when he could finally follow his dream, he got into a culinary school. When he successfully finished school, he decided to return to Greece. Unfortunately, his major opponent was unemployment. A long time passed with no luck until he visited a hotel in Kastoria and finally started working as an assistant cook. 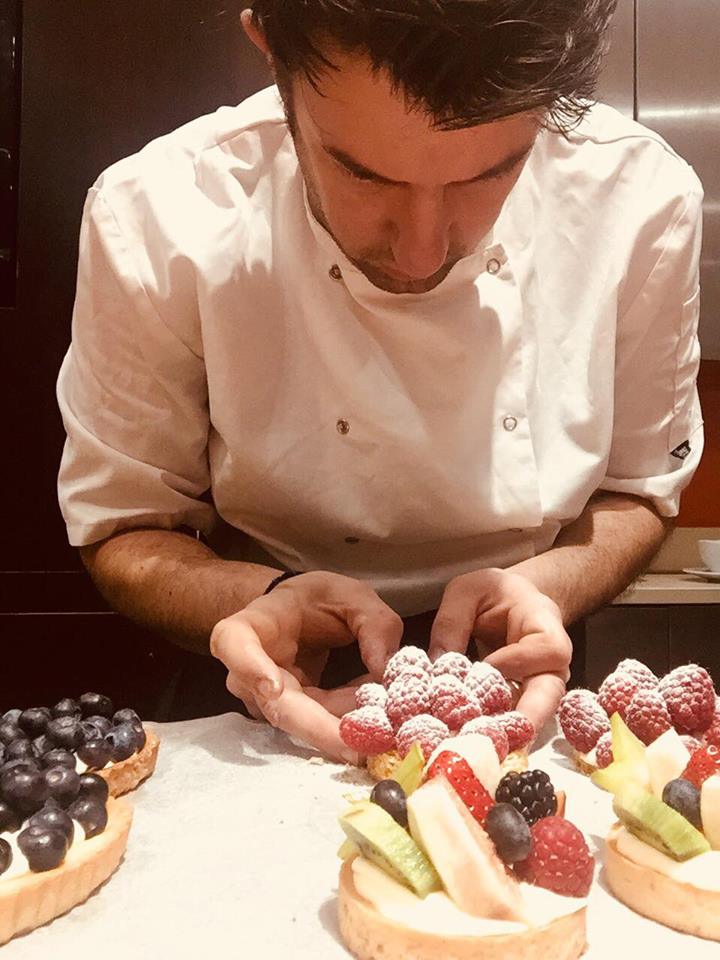 After some time, he decided to work as a seasonal cook for one of the most well-known hotels in Halkidiki, along with Evangelos Boulis, a chef in Greece and in Arab countries, who initiated him into the Eastern cuisines. When the summer ended, he traveled for the first time outside Europe and went to Egypt, where he remained for three years.

Many trips, acquaintances, collaborations and even friendships with famous – and not only – people from all around the world followed. In one of those trips, in Moscow, Nick Koulousias met his wife who worked in the hotel industry as well. Shortly after, he received a proposal from Ghana to work at a local hotel. He said he had never imagined that a guest from the hotel he worked for, would be interested enough to ask him to be part of his own business. Nick Koulousias was the first Greek chef in Ghana and the first who brought the “Mediterranean element” of classical Greek cuisine. 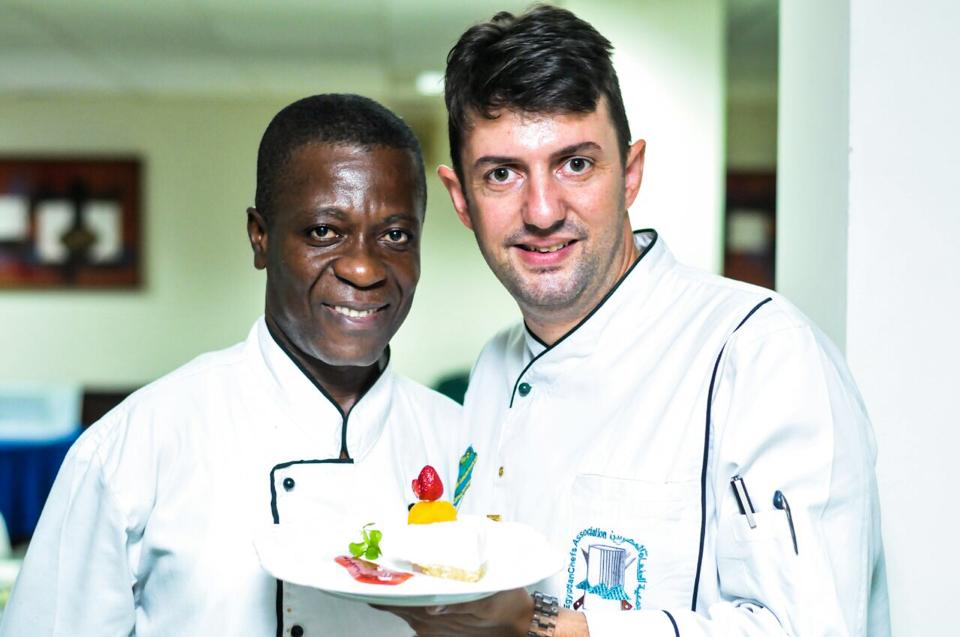 The chef had the chance to cook for the President of Russia, because of a random circumstance. He had visited the country to set up the menu for a famous restaurant, which the President happened to visit the same day. The chef narrates that Vladimir Putin asked him to prepare something traditional from Greece and when he tasted his rabbit-stew, called him to the table and thanked him for the meal.

Nick Koulousias was chosen to prepare along with other chefs, Prince Harry’s wedding menu, because of his cooperation with one of the shops that were in the “Crown List”, which is a list of suppliers chosen by the palace. The preparations started two months before the wedding and the result is expected to be very special and flavorsome.

Nick Koulousias wants to wear the Greek flag on his chef’s clothes. “The Greek flag means a lot to me. I want to show our flag, to talk about our culture, our lifestyle, and our history. Naturally, I get strength when I have the opportunity to wear it on me, I feel proud to be Greek”. 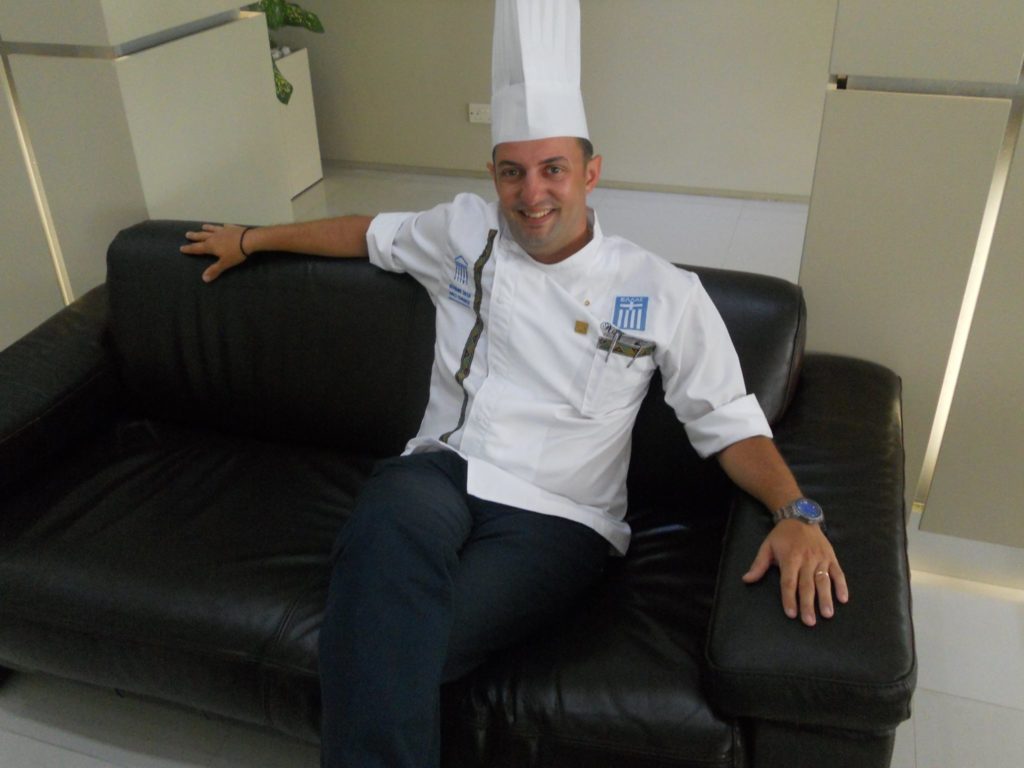