Australia’s youngest Chief Executive Officer, having successfully launched two businesses in Australia all while still attending high school, Alessandra Kitinas, has been nominated for the Young Citizen of the Year Award.

“I am honoured and grateful to have been considered and nominated for such an award,” Ali told Neos Kosmos.

“I am proud to be able to represent my peers and shed light on the issues affecting the youth of today while doing good for the community and helping others, especially those less fortunate than most, to shed light on the forgotten and overlooked, and raise awareness and action for the increasing number of teenagers that are becoming homeless daily,” explained the Sydney-based entrepreneur who was nominated by a member of the newly amalgamated Inner West Council in New South Wales.

Traditionally one award is offered in each category, in each Council and State. The winners are announced each year on Australia Day, 26 January. Each of the awards are given in recognition of people who have provided outstanding service for the welfare of the general community.

“My mission is to be the voice for those that cannot speak for themselves and raise both awareness and funding for organisations that support these initiatives and if my nomination can raise further funding and awareness, then I feel that I have served my community with dignity and compassion,” Ali said.

“We are all equal. The homeless do not choose to be homeless, the youth do not choose to be victims of dysfunctional families or the loss of employment or home. Every community member has the right to be treated equally and as a valued member of society,” said the young businesswoman who last year also spoke at an International Women’s Day event as a young advocate for women’s rights. Her activism was further acknowledged following her campaign to raise funds and awareness for the homeless at last year’s Vinnies CEO Sleepout.

Ali, who originates from the islands of Lemnos and Kastellorizo, launched her first social media marketing agency, aptly named Outside The Square (O.T.S), at the age of 11 whilst her second business, three-year-old company Freedom Scrub Foundation, produces ethically sourced body scrubs made from recycled coffee grounds with a portion of its proceeds going towards helping impoverished and war-stricken children from Rwanda to Kolkata (formerly Calcutta) through the HOPE Foundation. 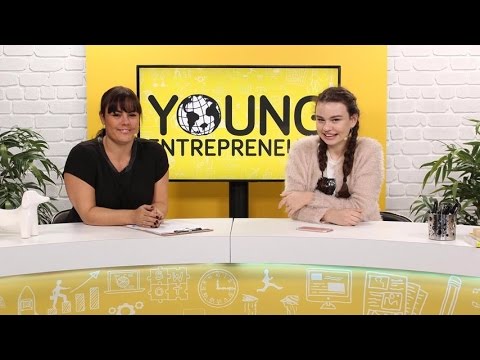