Greek film composer Alexandre Desplat won the Golden Globe for Best Score on Guilermo del Toro’s Shape of Water. He mentioned his Greek heritage and what he loves about Greece during his interview after the ceremony.

“When you are 15, 16, you are looking for your roots, trying to find who you are, what legacy is following you. Of course there is the legacy from the French father, but there was something about the Greek environment around me that was talking to me a lot. And I like the sun, the sea, and the benevolence and the kindness of the Greek people. I like the scents when I arrive in Greece, the food… and I like to dive far in the water to watch the octopus”

This isn’t the first time that the work of Desplat, born in Paris to a French father and a Greek mother, has been recognised. Desplat is one of the most significant music composers and an expert in composing soundtracks for the cinema. He won his first Grammy award for the score The King’s Speech. Moreover, except for receiving four Oscar nominations, Alexandre won his first Golden Globe in 2006 for his music in The Painted Veil. The Oscars 2015 held a pleasant surprise for the Greek-French Alexander Desplat who won his first Oscar for the Best Original Score for his work in “The Grand Budapest Hotel”. He has been nominated nine times for a Golden Globe Best Original Score since 2004. 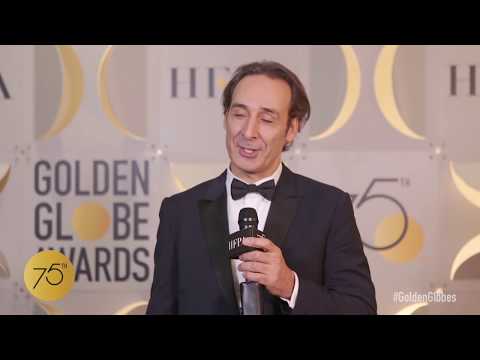