Smaragdis’ “Kazantzakis” impressed at the premiere

After the glorious premiere in Crete, the cinematic journey of Yannis Smaragdis’ film, KAZANTZAKIS, culminated on Monday, November 20th at the Pallas Theater, where its official premiere took place. The film will be screened on Thursday, November 23, in cinemas across the country. Ellines.com supported the effort made by Iannis Smaragdis, as we were in constant collaboration with the production company, from conception of the idea to the completion of filming.

The creator, his protagonists and the rest of the film crew, shared the unique moments they lived during filming and which were captured in a film that, as the director explains in a recent interview, ” it was done with a lot of love “.

The long awaited film has already received positive impressions and there is much anticipation for her screening in cinemas. Ecumenical writer Nikos Kazantzakis said that his life is defined by his travels and dreams. These tracks were followed in the film and after a thrilling 6-month shooting trip to Crete, Athens, Aegina, South France, Berlin and Vienna.

The central character Nikos Kazantzakis is played by Odysseas Papaspiliopoulos and the Marina Kalogirou is his partner Eleni. The eight-year-old Alexandros Kambasis is Nikos Kazantzakis at an early age, while Stefanos Linnaios plays the writer at a mature age.

A number of distinguished actors surround the protagonists. Argyris Xafis plays the father of Kazantzakis and Maria Skoulas his mother. Angelos Sikelianos is embodied by Nikos Kardonis, his wife Eva is Amalia Arseni, Ika is played by Yulica Skafida, Zile Dessen is played by Alexander Kollatos, Melina Mercouri by Zeta Douka, Hailemaker is played by Adrian Frieling, Anthoula Katsimatides in the role of “Good Witch” and in the role of Dr. Stekel, a surprise appearance by Nikos Marinakos. Other worthy actors who take part in the film are Olga Damani and Ersi Malikenzou, Panos Skoraliakos, Takis Papamatthaiou, Loudovikos of Anogia, while Giorgis Zorbas is played by Thodoris Atheridis, and of course Stathis Psaltis’ amazing performance as Abbot of the Monastery of Sinai.

The film was made thanks to the support of many and outstanding individuals and organizations. Co-producers of the film from Greece are Nova, the Greek Film Center, ERT and Nelly Katsou. It is worth mentioning that the film is a Greek-French co-production in collaboration with the French company 2017 Films.

The film’s script is based on the author’s book Greco Reference, which was published by Kazantzakis Publications. 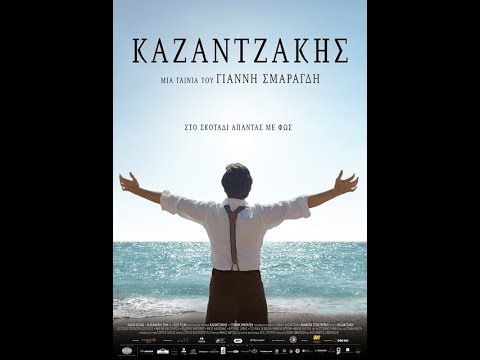