Scientists have developed a breath sensor that can detect when the body is burning fat. In the future, the procedure will not just be used by police checking for alcohol intoxication, but also for testing the condition of athletes and for people who want to lose that extra bit of weight. A sensor developed by ETH researchers makes it possible to measure when the body starts burning fat with a convenient breathalyser.

Experts advise anyone looking to shed extra kilos to eat less and exercise more. One way is with endurance training, during which the body burns not only carbohydrates such as sugar, but also fat. When exactly the body begins burning fat can now be determined by analysing, for example, biomarkers in the blood or urine. Scientists at ETH Zurich and the University Hospital Zurich have now developed a method for the highly convenient, real-time monitoring of lipolysis by testing a person’s exhalations during exercise.

“When burning fat, the body produces by-products that find their way into the blood,” explains Andreas Güntner, a postdoc in the group of ETH Professor Sotiris Pratsinis. In the pulmonary alveoli, these molecules – especially the volatile ones – enter the air exhaled by the person. The most volatile of these lipid metabolites is acetone. They have developed a small gas sensor that measures the presence of this substance. The sensor is much more sensitive than previous sensors: it can detect a single acetone molecule in hundred million molecules. It also measures acetone exclusively, so the more than 800 other known volatile components in exhalations do not affect the measurement.

In collaboration with pulmonary specialists at the University Hospital Zurich led by Malcolm Kohler, Professor and Director of the Department of Pulmonology, the researchers tested the functioning of the sensor in volunteers while they exercised. The test subjects completed a one-and-a-half-hour session on a bicycle ergometer with two short breaks. Researchers asked the test subjects to blow into a tube that was connected to the acetone sensor at regular intervals.

Scientific opinion used to hold that athletes only begin burning fat after a certain period of physical exertion and on reaching a certain heart rate, but this view is now outdated. The measurements taken by the researchers in Zurich showed that lipolysis in some test subjects did, in fact, only start towards the end of the one-and-a-half-hour training session. In the other volunteers, the measurements showed that their bodies began burning fat much sooner.

Control measurements showed that the new measurement method correlated well with the concentration of the biomarker beta-hydroxybutyrate in the blood of the test subjects. This blood analysis is one of today’s standard methods for monitoring lipolysis.

The sensor developed by the scientists uses a chip coated with a porous film of special semiconducting nanoparticles. The particles are tungsten trioxide that the researchers have implanted with single atoms of silicon. Development of the chip began seven years ago when ETH Professor Pratsinis and his colleagues discovered that tungsten trioxide nanoparticles interact with acetone if the atoms of the nanoparticles are arranged in a certain crystalline structure. The interaction reduces the electrical resistance of the chip coated with the nanoparticles, and this phenomenon can then be measured. Originally, the idea was to use the chip to diagnose diabetes, because the exhaled breath of patients with untreated type 1 diabetes contains high concentrations of acetone. Since then, however, the scientists have shown that the sensor is in fact sensitive enough to detect the very low acetone concentrations in a person’s exhalations during exercise.

Sotiris E. Pratsinis, Professor of Process Engineering, was born on March 21, 1955 in Chanea, Krete, Greece. After receiving his Diploma in Chemical Engineering in 1977 from the Aristotle University of Thessaloniki, Greece, he served as Ensign at the Greek Navy until 1980 when he joined the University of California, Los Angeles and earned his M.S. in 1982 and Ph.D. in 1985. That year he was appointed in the Faculty of Chemical Engineering at the University of Cincinnati, Ohio where he was promoted to full professor in 1994 and served as Interim Head of Chemical Engineering in 1998. That year he was elected Professor in the Department of Mechanical and Process Engineering at ETH Zurich where he founded the Particle Technology Laboratory and teaches Mass Transfer, Particle Technology, Nanoscale Engineering and Combustion Synthesis of Materials. He has lectured also at Harvard Univ. and Univ. of New Mexico (USA), Univ. of Queensland (Australia), TU Delft (Netherlands), TU Karlsruhe (Germany), Univ. of Hiroshima (Japan) and Chulalongkorn Univ. (Thailand). Prof. Pratsinis’ current research focuses on particle science and engineering with emphasis on flame synthesis of metal and ceramic nanoparticles, catalysis, dental materials and simulators for aerosol reactors. His results are documented in over 200 refereed articles in scientific journals and book chapters while he has received six U.S. and European patents licensed to Dow Chemical, Degussa and Hosokawa-Micron. Prof. Pratsinis’ program has been funded by the U.S. and Swiss National Science Foundations, the Swiss Commission for Technology and Innovation as well as by DuPont, Nestle, Toyota, Ivoclar-Vivadent and others. 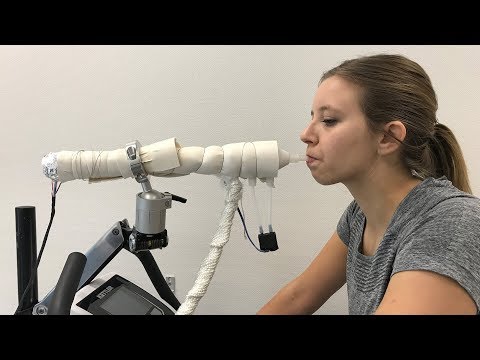