The cosmonaut of Greek descent returns to earth

Expedition 52 Commander Fyodor Yurchikhin Grammatikopoulos of Roscosmos and Flight Engineers Peggy Whitson and Jack Fischer of NASA landed safely near the town of Dzhezkazgan, Kazakhstan after bidding farewell to their colleagues on the complex and undocking their Soyuz MS-04 spacecraft from the Poisk Module on the International Space Station.

The landing marked the first time since Nov. 26, 2010 that two NASA astronauts returned to Earth in a Russian Soyuz spacecraft. Whitson, who has logged more days in space than any other U.S. astronaut, completed a 10-month mission, her third long duration flight, while Yurchikhin and Fischer completed 136 days in space. Yurchikh has logged a total of 537 days on one space shuttle mission in 2002 and three long-duration missions on the International Space Station in 2007, 2010 and 2013. Now Yurchikhin ranks seventh in the world for time in space, just ahead of Whitson. 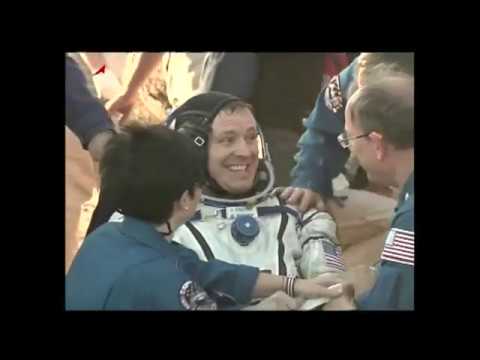