Greek geologist at a NASA mission in Antarctica

Greek Lecturer in Mineralogy and Petrology Ioannis Baziotis was selected to participate in NASA’s mission to search for meteorites in Antarctica. He is the first Greek geologist to participate in such a mission and will be challenged for roughly one semester, both with a motor sled (snowmobile) and on foot to look for meteorites along with the rest of the group.

He is the first Greek geologist to participate in such mission. The Assistant Professor of Mineralogy and Petrology at the Agricultural University of Athens, is one of the two scientists in our country who are systematically engaged in meteoric science. He was accepted in the Antarctic Search for Meteorites (ANSMET). After successfully passing the medical examinations, he will travel to Antarctica from the end of November 2017 until the end of January 2018.

His vision is to create a Planetary Society in Greece and to promote domestic scientific research on meteorites. In this context, he is making efforts to bring to our country for the first time one of them, the famous meteorite SERES located in the Natural History Museum of Vienna, in order to be in an exhibition in 2018.

In Baziotis’ lab in April, with the help of the Stavros Niarchos Foundation, he installed a basic instrument for the study of meteorites, an electronic micro analyzer, which is the only one in our country. The aim of the Greek mineralogist is to develop competitive research at international level and, in this context, anticipates that the promoted Hellenic Space Applications Center will include, in addition to applied research, the reinforcement of basic research, such as the study of meteorites.

In 2016, in collaboration with the Technical University of Crete and the Jet Propulsion Laboratory of America, he led an effort to study the volcanic rocks of Santorini. The comparison of the rocks of Santorini with corresponding rocks from the regions of Iceland, South Africa and Norway, which are considered to be extremely “marginal analogues”, has shown that Santorini should be included in the list of “Martian analogues”. In particular, physical properties, mineralogical components, structures formed at microscale level as well as spectroscopic properties showed great similarity to the corresponding properties of the confirmed “Martian analogs”. The ultimate goal is to estimate the likelihood that Santorini will be a better and fuller “Martian analogue” than the existing ones. 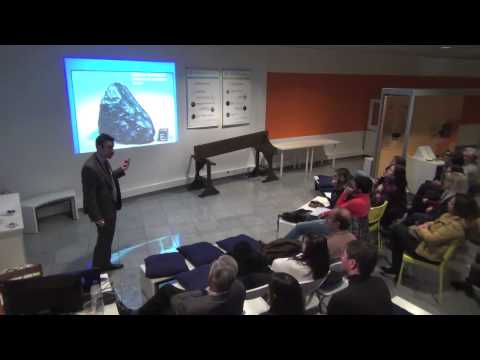