Greek chef in NY Post about the benefits of Greek cuisine

The newspaper New York Post published an article dedicated to Greek cuisine entitled “Why Greek food can be the secret to weight loss”. The article is based on the new book written by chef Michael Psilakis.

“I can’t be the guy that’s going to juice carrots,” says the chef-owner of several popular local Greek restaurants, including Kefi on the Upper West Side and the MP Taverna minichain. “If you tell me I have to wake up every morning and eat a shake of this stuff with protein, I don’t want to do that. I want to eat a piece of grilled chicken with lemon and extra virgin olive oil.”

The latter is just what Psilakis, offers up in his new book “Live to Eat: Cooking the Mediterranean Way”. Based on the principles of the Mediterranean diet, the book promotes a lifestyle that’s ideal for those who, like the chef, can’t stomach healthy meals that aren’t also delicious and enjoyable.

“The diet is full of ingredients that you know, and that are easily attainable,” says Psilakis. “The meals taste really, really good, and the preparation is rather simple.”

Emphasizing vegetables, fish and vibrant flavors, there are recipes for dishes such as: grilled branzino with warm toasted tomatoes, cauliflower and olives; and cucumber yogurt dip with crudites. Psilakis also offers plenty of tips for quick restaurant-quality cooking — prepping some tasty sauces and condiments that will keep in the fridge for weeks, for instance, is key.

“I dare you to eat the tuna melt that’s in the book on seven-grain bread with cucumber yogurt sauce instead of mayonnaise . . . and say that this isn’t even better than the tuna melt you would normally eat out,” says Psilakis, who lives with his wife Anna and sons Gabriel, 11, and Zach, 6, in Garden City, NY.

While Psilakis grew up in a Greek immigrant family on Long Island and serves olive oil- and fish-heavy Greek fare in his restaurants, he says his own eating has often diverged from the Mediterranean diet.

“There’s some misconceptions about chefs and that we’re actually eating the food that we’re cooking all of the time. That’s not necessarily the case,” says Psilakis, who has struggled with his weight and what he deems an “addiction” to food for decades.

In his early 30s, the 6-foot chef tipped the scales at over 300 pounds, thanks to a passion for eating ice cream and late-night pizza and beer after he had finished the dinner shift at his restaurants. Over his lifetime, he estimates he’s gained and lost hundreds of pounds.

But when he had his children, he realized he had to find a better way. “I was trying to cook as healthy as I could for my kids . . . but I wasn’t following the same rules for myself,” he says. “I was living a life of double standards.”

The loose structure of the Mediterranean diet and its emphasis on enjoying food with friends and family has allowed him to channel his food addiction into a healthy place. Though there’s still the occasional setback.

Last fall, he fell off track and put on 30 pounds. After following the eating plan in his new book for three months, he says he lost 4 inches from his waist, going from a size 40 to a size 36.

Psilakis insists that, with a little planning, cooking and enjoying recipes are a pleasure, not a chore. “Good food doesn’t have to be unhealthy.”

One of the top chefs in the US 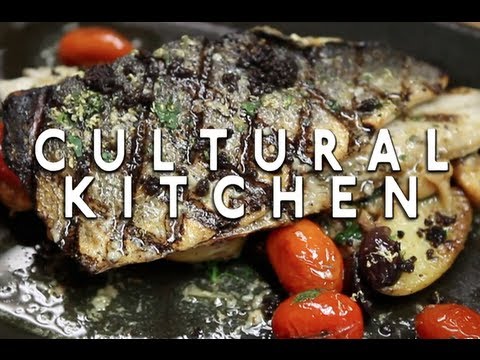