AFPTV correspondent Will Vassilopoulos on Wednesday won an award for his coverage of the migrant crisis in his native Greece, from Britain’s Rory Peck Trust which supports freelancers globally. The awards recognize the best freelance news cameramen and camerawomen around the world.

Vassilopoulos was awarded the Rory Peck Award for news for his footage of migrants and refugees arriving in Greece after crossing the Aegean Sea from Turkey.

Filming between October 2015 and March this year, he followed the new arrivals’ journey from the island of Lesvos to the makeshift Idomeni camp on Greece’s northern border with the Former Yugoslav Republic of Macedonia (FYROM).

Vassilopoulos’s footage there covers demonstrations by those at the border and an attempt by hundreds of migrants to cross a river to reach FYROM.

Collecting the award at the British Film Institute on London’s Southbank, Vassilopoulos said it had been “very challenging” covering the crisis. “There is an emotional toll for all of us in the field. It hurts you really hard when it happen at home,” he said. “My intensions were always to film with upmost respect for migrants, and to film them with dignity.”

Judges said Vassilopoulos’s work stood out for his long sequences and his eye for detail. “It brought the humanity of it home so much. It’s difficult to do something exceptional when everyone is shooting it, however tragic and important the story is, and Will really managed that,” the judges said on the Rory Peck Awards website.

Also shortlisted for the news award was AFPTV journalist Nabil Hassan, for his work in Yemen covering fighting between Shiite Houthi rebels and government forces.

Will received his Masters in Exercise Physiology in England, but it was journalism that stole his heart. In 2011, Agence France-Presse financed a training course for Will to learn how to film. He has freelanced for them ever since as a video journalist, covering topics such as Greece’s economic crisis, political unrest in Egypt and Turkey, the conflict in Ukraine and most recently the migration crisis in Europe.

AFPTV has won the news category for three consecutive years, last year with journalist Zein Al-Rifai taking the prize for his coverage of the everyday lives of people in the rebel-held areas of Aleppo in Syria. The Rory Peck Awards were launched in 1995 by the Trust, set up in memory of freelance journalist Rory Peck who was killed in Moscow in 1993. 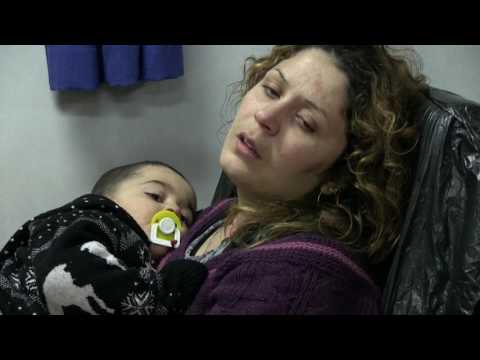