The Greek photographer Aris Messinis won the Visa d’Or news photography prize for his coverage of the mass arrival of migrants on the island of Lesbos last year. Aris Messinis works for the French news agency AFP and has won prizes before for images taken in war zones.

He said he never thought he would cover this in his own country. Notably, he has at times stepped out from behind the lens and helped the people he saw in difficulty. One photograph that won him acclaim on social media was not taken by him but by a witness, who saw him carrying a refugee child to safety from the sea.

Mr Messinis said there was no conflict of interest between photographing and rescuing and it was a “normal human reflex”.

“We try to keep our distance, to be objective,” he said. “But sometimes it is good to lend a hand to somebody who needs a hand. It is a personal decision.”

The work is on display in Perpignan in southern France. The Visa d’Or for news is considered the most prestigious award handed out at the Visa Pour L’Image festival. At one point, 7,000 migrants a day were arriving on Lesbos – and many who tried to make the journey died at sea.

Aris Messinis: No war can stop his passion for photography 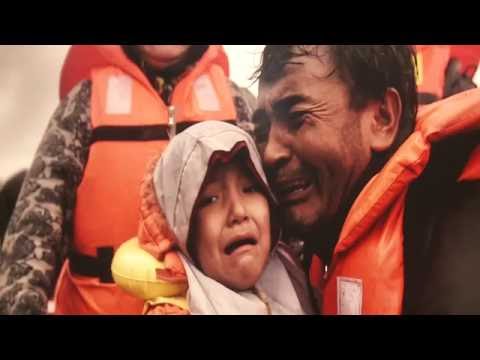