Greek astronomer in the team that discovered potentially habitable planet

An international team of astronomers including a Greek researcher, has found clear evidence of a planet orbiting Proxima Centauri, the closest star to our Solar System. The new world, designated Proxima b, orbits its cool red parent star every 11 days and has a temperature suitable for liquid water to exist on its surface, if it were present. This rocky world is a little more massive than the Earth and is the closest exoplanet to us; it may even be the closest possible abode for life beyond our own Sun. A paper describing this milestone finding is published by Nature.

Just over four light-years from our Solar System sits a red dwarf star named Proxima Centauri. This cool star in the constellation of Centaurus is too faint to be seen with the naked eye and is close to the much brighter pair of stars known as Alpha Centauri A and B.

During the first half of 2016, the HARPS spectrograph on the European Southern Observatory’s 3.6-meter telescope at La Silla regularly observed Proxima Centauri, as did other professional and amateur telescopes around the world. The team of astronomers, called the Pale Red Dot campaign, led by Carnegie alum Guillem Anglada-Escudé of Queen Mary, University of London was looking for a tiny back-and-forth wobble in the star caused by the gravitational pull of an orbiting planet.

In addition to data gathered by the Pale Red Dot campaign, the paper incorporates contributions from scientists who have been observing Proxima Centauri for years, including Butler.

As this was a topic with very wide public interest, the progress of the campaign between mid-January and April 2016 was shared publicly as it occurred on the Pale Red Dot website and via social media. Numerous outreach articles from specialists all around the world accompanied the reports on data collection.

Anglada-Escudé explains the background to this unique search: “The first hints of a possible planet were spotted back in 2013, but the detection was not convincing. Since then we have worked hard to get further observations off the ground with help from ESO and others. The recent Pale Red Dot campaign has been about two years in the planning.”

The Pale Red Dot data, when combined with earlier observations, revealed a truly exciting result. At regular intervals, Proxima Centauri is approaching Earth at about 5 kilometers per hour–normal human walking pace–and at opposite times in those cycles it is receding at the same speed. This regular pattern repeats with a period of 11.2 days. Careful analysis of how tiny the resulting Doppler shifts were showed that they indicated the presence of a planet with a mass at least 1.3 times that of the Earth, orbiting about 7 million kilometers from Proxima Centauri–only 5 percent of the distance between the Earth and the Sun.

One of the astronomers that took part in the research is Yiannis Tsapras, a Gliese Fellow at the Centre for Astronomy in Heidelberg.

“The planet was discovered through a coordinated international effort involving 31 scientists from eight different countries. We used the HARPS spectrograph on ESO’s 3.6m telescope in Chile to measure how the star ‘wobbles’ as the planet goes around it. At the same time, we also used the Las Cumbres Observatory Global Telescope Network (LCOGT) and ASH2 telescopes to record how active the star is, so that we would not mistake stellar activity for a real planetary signal.” he mentioned at ellines.com

One complication to the analysis is that red dwarfs like Proxima Centauri are active stars, and their natural brightness variations could mimic the presence of a planet. In order to exclude this possibility, the team also monitored the changing brightness of the star very carefully during the campaign using the ASH2 telescope at the San Pedro de Atacama Celestial Explorations Observatory in Chile and the Las Cumbres Observatory Global Telescope Network.

Although the planet companion, Proxima b, orbits much closer to its star than Mercury does to the Sun in our Solar System, the star itself is far fainter and cooler than the Sun. As a result, Proxima b has an estimated temperature that–if water were present–would allow it in a liquid state on its surface, thus placing it within the so-called “habitable zone” around the star.

Despite the temperate orbit of Proxima b, the conditions on the surface may be strongly affected by the ultraviolet and x-ray flares from the star–far more intense than the Earth experiences from the Sun.

Yiannis Tsapras finished high school in Greece and then moved to England where he did a BSc in Physics with Computer Science. He quickly developed an interest in cosmology so it seemed appropriate to continue with an MSc in Radioastronomy studying the cosmic microwave background. Shortly after, his interests shifted to optical astronomy – which eventually led to a PhD in microlensing.

1. Where did your parents come from and what is your connection with your roots?

I grew up in Athens. My father was from Orchomenos, Boeotia and my mother was raised in Athens, though her roots are from the north. I left Greece at 19 so by then I had already established a close connection to my roots. We try to visit with my family every year.

2. Do you have any special memories from your childhood?

My grandfather’s laughter, my grandmother’s stories. The smells, the sea and the light.

3. How did you choose your field of expertise?

I had no clear idea of what I wanted to do when I finished school. I had diverse interests but was not fascinated by one particular thing. This frustrated me. I eventually chose to study Physics in the UK so that I could understand more about theories that I could not really get my head around. By the time I graduated I had already developed a strong interest in particle physics and astronomy. Both very exciting fields. I chose the latter, pretty much at random.

4. What are your main research targets?

The discovery of extrasolar planets and the study of their diversity. But this is only the first step. I am not sure whether I will live long enough to experience what comes next.

What new knowledge may be gained by studying exoplanets? There is a direct syllogistic link between this fledgling field of inquiry and our progressive comprehension of the complex set of processes that we collectively define as life. Our understanding of life is derived from observations of its diverse manifestations on our home planet, all of which are inextricably linked, sharing a common biological origin – a single genesis. The discovery of a‘second genesis’, of life elsewhere in the universe that does not rely on ribonucleic acid (RNA) and deoxyribonucleic acid (DNA), has profound repercussions not only for science but for every field of human inquiry.

5. Recently we learned that you were a part of the team that discovered a potentially habitable planet. How was Proxima Centauri b discovered?

The planet was discovered through a coordinated international effort involving 31 scientists from eight different countries. We used the HARPS spectrograph on ESO’s 3.6m telescope in Chile to measure how the star ‘wobbles’ as the planet goes around it. At the same time, we also used the Las Cumbres Observatory Global Telescope Network (LCOGT) and ASH2 telescopes to record how active the star is, so that we would not mistake stellar activity for a real planetary signal.

6. What are the next moves? Are there any plans of going to the planet?

It is now for other teams to independently confirm the signal. We estimate a 2% probability that the planet transits its star, so if that is detected, we will be able to derive the planet’s density and maybe learn about its atmosphere. If a transit is not detected, which seems more likely, we will have to wait until the next generation of large telescopes comes online, like the E-ELT, to learn more about it.

With current technology, assuming we got the spacecraft to travel at 56,000km/h (this was the velocity achieved by the Deep Space 1 mission), it would take at least 81,000 years to get to Proxima Centauri. If we also use the gravity of some of the Solar System planets to perform a so-called slingshot manoeuvre to achieve higher speeds, we could get there in about 15,000 years (but then we would need to somehow slow down once we get there). So, unless we discover some new physics that allows us to traverse such distances on much shorter timescales, enjoying a cool Pan Galactic Gargle Blaster at a Proxima Centauri pub will have to wait. On the other hand, the ambitious Starshot Project aims to send tiny robot voyeurs to the Centauri system in a voyage lasting a mere 20 years.

7. You were the only Greek among the 31 researchers of the team. Was it hard to be a part of this international team?

Not more so than for any other member. I am used to working within large international collaborations and 31 people is not quite that large. The program itself had clear goals but was challenging in its nature.

8. Would you consider returning to Greece in the future? And if so under which circumstances?

I have no plans to return to Greece for the time being. Perhaps some time in the future.

9. How often do you visit Greece?

About once a year.

10. What does Greece mean for you?

I cannot possibly exhaust this subject here. I think philosopher and poet Dimitris Liantinis was not far from the mark when he wrote:
“ Following the Hellenic way is reflected in four types of behavior:
a) That you accept the truth of nature. Not the truth crafted by the minds of men.
b) That the morality of knowledge guides your life. Not the morality of superstition.
c) That you hold beauty paramount. For it is powerful like your intellect and fleeting like your flesh.
And above all else this: that you love humanity. How else! Man is the most tragic being in the universe.”

11. If you could address a question to all Greeks, what would you like to ask them?

I have no questions to ask. We must all come up with our own questions. 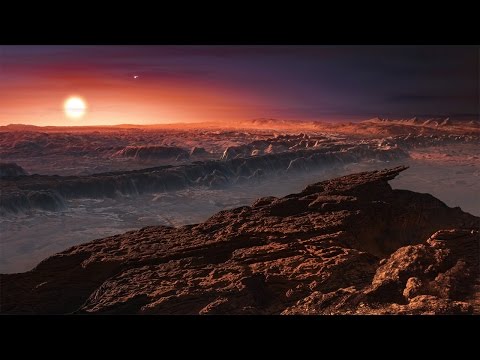