The 24 finalists of the 2016 Natura 2000 Award have been announced by the European Commission, among them there are 3 Greek applicants.

83 applications were submitted to this year’s Award. The evaluation process has been underway since December and has now whittled the applications down to a short-list of 24 finalists.

These are the Greek applicants:

1. Mount Kochylas, a Natura 2000 site in the south of the Aegean island of Skyros, is considered an area particularly rich in biodiversity.

2. The district of Kastoria in north-west Greece is vital for the brown bear population in the broader region, as it functions as a communication corridor between the bear sub-populations in Greece and the Western Balkans.

3. The Fennoscandian population of the Lesser White-Fronted Goose (LWFG) is declining alarmingly in south-east Europe. The Hellenic Ornithological Society (HOS) / Birdlife Greece and partners have combined efforts to carry out urgent, concrete conservation actions in the wintering and staging grounds of the species as well as policy work, awareness-raising, vocational training and environmental education to tackle the problem head on.

Winners of the five category awards and the Citizens’ Award will be announced at the high level Ceremony on 23 May 2016. The 2016 Natura 2000 Award Ceremony will take place on 23 May 2016 in the Berlaymont building, Brussels. At this special event, the five category winners will be awarded with their trophies, and the European Citizens’ Award will be presented to the finalist who receives the highest number of public votes.

The Ceremony will offer an exciting opportunity to meet all the 2016 finalists in person and share the moment when the winners are announced. In addition, it will be possible to network with high-level Commission officials, experts from various organisations working on Natura 2000, and representatives of other stakeholders.

Natura 2000 works to ensure the long-term survival of Europe’s most valuable and threatened species and habitats, and is the centrepiece of the EU’s nature and biodiversity policy. The European Commission launched the Natura 2000 Award to celebrate and promote best practices for nature conservation in Europe. The Award aims to bring the success of the Natura 2000 network to the public’s attention and to demonstrate its importance for protecting biodiversity across Europe.

The first two years of the Natura 2000 Award highlighted the astonishing array of initiatives on and dedication to Natura 2000 management and promotion taking place right across Europe. Visit the winning sites from 2014 and 2015 and find out more about their impressive achievements. 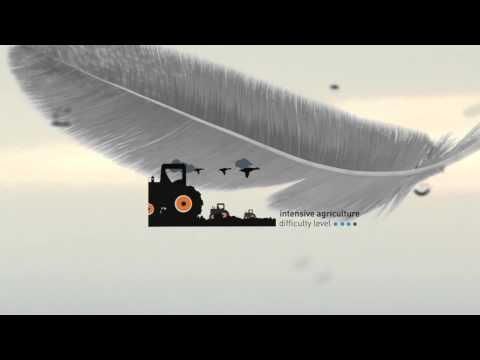