Almost 100 years ago today, Albert Einstein predicted the existence of gravitational waves — ripples in the fabric of space-time that are set off by extremely violent, cosmic cataclysms in the early universe. With his knowledge of the universe and the technology available in 1916, Einstein assumed that such ripples would be “vanishingly small” and nearly impossible to detect. The astronomical discoveries and technological advances over the past century have changed those prospects.

Among the almost 1000 scientists involved, there are many Greek researchers: Erotokritos Katsavounidis, a Senior Research Scientist at MIT’s Kavli Institute, Vicky Kalogera from Northwestern University, Antonis Kontos from MIT, Michael Agathos, Andrew Melatos from the University of Melbourne, Mary Sakkelariadou from King’s College, Nicholas Demos from California State University, Leon Deligiannidis  and Antonis Mytidis from the University of Florida.

Now for the first time, scientists in the LIGO Scientific Collaboration — with a prominent role played by researchers at MIT and Caltech — have directly observed the ripples of gravitational waves in an instrument on Earth. In so doing, they have again dramatically confirmed Einstein’s theory of general relativity and opened up a new way in which to view the universe.

But there’s more: The scientists have also decoded the gravitational wave signal and determined its source. According to their calculations, the gravitational wave is the product of a collision between two massive black holes, 1.3 billion light years away — a remarkably extreme event that has not been observed until now.
The researchers detected the signal with the Laser Interferometer Gravitational-wave Observatory (LIGO) — twin detectors carefully constructed to detect incredibly tiny vibrations from passing gravitational waves. Once the researchers obtained a gravitational signal, they converted it into audio waves and listened to the sound of two black holes spiraling together, then merging into a larger single black hole.
“We’re actually hearing them go thump in the night,” says Matthew Evans, an assistant professor of physics at MIT. “We’re getting a signal which arrives at Earth, and we can put it on a speaker, and we can hear these black holes go, ‘Whoop.’ There’s a very visceral connection to this observation. You’re really listening to these things which before were somehow fantastic.”

By further analyzing the gravitational signal, the team was able to trace the final milliseconds before the black holes collided. They determined that the black holes, 30 times as massive as our sun, circled each other at close to the speed of light before fusing in a collision and giving off an enormous amount of energy equivalent to about three solar masses — according to Einstein’s equation E=mc2 — in the form of gravitational waves.

“Most of that energy is released in just a few tenths of a second,” says Peter Fritschel, LIGO’s chief detector scientist and a senior research scientist at MIT’s Kavli Institute for Astrophysics and Space Research. “For a very short amount of time, the actual power in gravitational waves was higher than all the light in the visible universe.”

These waves then rippled through the universe, effectively warping the fabric of space-time, before passing through Earth more than a billion years later as faint traces of their former, violent origins.

“It’s a spectacular signal,” says Rainer Weiss, a professor emeritus of physics at MIT. “It’s a signal many of us have wanted to observe since the time LIGO was proposed. It shows the dynamics of objects in the strongest gravitational fields imaginable, a domain where Newton’s gravity doesn’t work at all, and one needs the fully non-linear Einstein field equations to explain the phenomena. The triumph is that the waveform we measure is very well-represented by solutions of these equations. Einstein is right in a regime where his theory has never been tested before.” 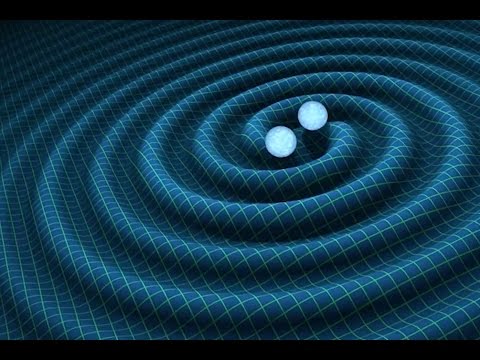