The secret of the Aegean sea’s creation

The exhibition entitled Aegean: Creation Of An Archipelago is being presented in the National Hellenic Museum in Chicago, USA. The visitors can learn about the story of its creation full of geological transformations, volcanic eruptions, island formations, extinct civilisations and, of course, mythical figures.

The Aegean Sea, birthplace of Western civilization welcomes millions of visitors every year; from the casual vacationer, to the historian, to the archeologist, geologist, art enthusiast and nature lover, to those looking for the lost Atlantis. Home to Sappho, Homer, Pythagoras, Hippocrates, the mythical creatures of Cyclops, the Sirens, Circe and Calypso, this archipelago of a thousand lights of shimmer, and just as many islands, has been on a journey of more than twenty-million years to take on the shape that it has.

Exhibited in Rome, Athens and Thessaloniki, and critically acclaimed by National Geographic in Germany, “Aegean: Creation of an Archipelago” invites children and adults to dive beneath the surface of the Aegean Sea and rediscover its literally groundbreaking history, strewn with extinct civilizations, volcanic eruptions, tectonic shifts and changes and island formations and mythical figures. In addition to its scientific and educational character, this exhibition inspires visitors with the beauty of the Aegean and the power of its landscape, attracting and appealing to a broad audience.

Through rare artifacts and exhibits coming from nature, a wealth of audiovisual productions and photographic material, this exhibition narrates the history and evolution of the Aegean Sea, which spans millions of years. At the same time, there is an impressive attraction of the Aegean islands and shoreline, the flora and fauna, the lifeforms of the Archipelago, and the natural phenomena that have inspired man to create myths and art.

Exhibits from the Lesvos Petrified Forest Museum create an amazing setting, frozen in time: fossilized trunks, roots and branches and images of contemporary trees along with their corresponding petrified ancestral forms. I In a floor display of the Aegean Sea, real exhibits emerge from their respective locations, creating a spectacular interactive setting. 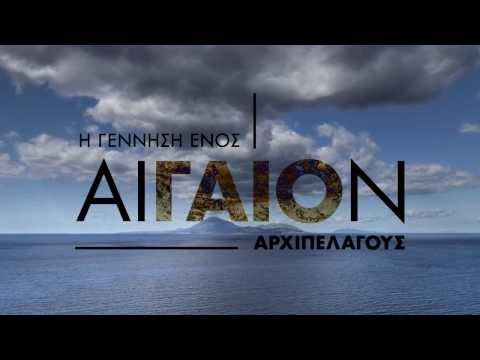