The website Moneyweek presents 4 unspoiled Greek destinations, that still remain unchanged in time and offer visitors an authentic experience with incredible and remote beaches and a variety of traditional activities. The 4 destinations stood out due to their virgin landscapes and the preservation of the traditions. 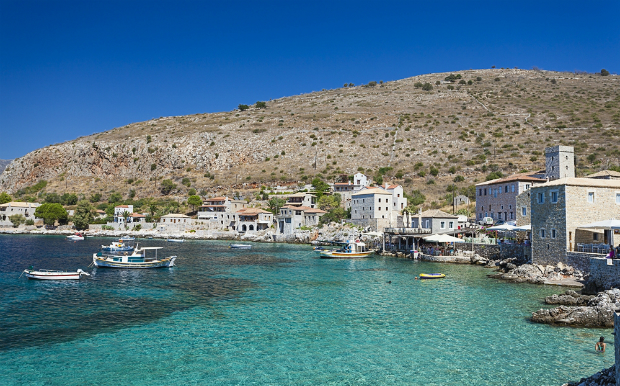 The Mani peninsula, towards mainland Greece’s southernmost point, with its wild “cactus-haunted hills” and “spires of yellow verbascum”, is less like the “bucolic Mediterranean than the bleakly beautiful mountains of the north-west frontier of Pakistan”, writes William Dalrymple in the Financial Times. Famous as the adopted home of writer and adventurer Patrick Leigh Fermor, its fortified towers still dominate the region, evidence of the Maniots’ tradition of fighting – where “every man is a chieftain, and every farm a fort”. The population regard themselves as descended from Spartans, and in 1826 even its women, legend has it, fought off Egyptian invaders, using their scythes as weapons. It’s the ideal location for hiking and the region’s churches house beautiful frescoes – assuming you can persuade the tough “guardian grannies” who hold the ancient keys to let you in. 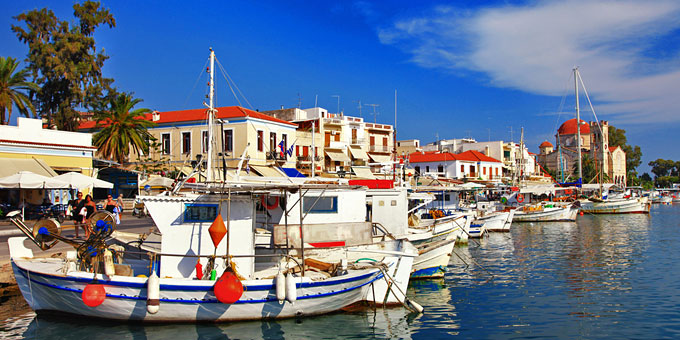 Aegina is the largest of Greece’s Saronic islands, roughly 40 minutes by hydrofoil from the port of Piraeus. Yet it feels “a world away from the fumes and angst” of Athens, says Time Out. Its horse-drawn carriages and Neoclassical architecture are a legacy of its brief period as Greece’s first capital in the 1820s, following the War of Independence. Aegina Town is on the harbour and has bustling tavernas and cafés. The island is home to the 5th-century BC Temple of Aphaia (a goddess linked to Athena), as well as the abandoned, “atmospheric” medieval town of Paleochora and the Monastery of St Nektarios. Enjoy a swim at Marathona or Aeginitsa on the west coast, or try a seaside lunch in the village of Perdika in the south.

This is the island that Athenians “keep to themselves”, says Amanda Dardanis in The Times. Serifos is in the Cyclades island group, and is just a two-hour ferry ride from Piraeus port. People come for its “feral beauty, the odd fossilised shapes and the blissful beaches and Tahitian-coloured bays” of the island’s coastline. The island is home to Greece’s artistic “types” who slip in and out, but there is none of the “cockiness” of Mykonos or the “over-cooked mood” of its Cycladic cousin Santorini. The prices are also cheaper. Visit the open air mining museum in Megalo Horio, or hike to the Venetian castle in Hora, the “unspoilt hilltop capital”.

This Saronic island is located in the Aegean, just across from the Peloponnese, although it’s easiest to get there via ferry from Piraeus. It was the location for Sophia Loren’s 1957 film Boy on a Dolphin, and has remained “endearingly time-warped” since then, writes Marc Dubin in The Daily Telegraph. There are no motor vehicles (bar a few rubbish trucks) – the locals use donkeys to haul heavy loads and the drovers’ cries are part of the island’s “sound track”. The harbour is surrounded by 18th- and 19th-century mansions, from the days when the island enjoyed great wealth from seafaring. The best beaches are Mandraki and Vlichos, says Time Out, although Bisti and Agios Nikolaos are more “secluded”. If you’re feeling energetic, climb the mountain from the town up to the Monastery of Profitis Ilias and the Monastery of St Triada – the views “make up for the one-hour trek”.