Wolves of the sea: CNN’s tribute to the vanishing fishermen of Greece’s Paros island

CNN makes a tribute to the fishermen of Paros island in Greece. the article is entitled «Wolves of the sea: The vanishing fishermen of Greece’s Paros island». It may not be the friendliest of nicknames, as the writer notes, but the weather-beaten fishermen who ply the blue waters around the Greek island of Paros are unlikely to care. The photo documentary LUPIMARIS is dedicated to the history, the stories and the faces of the Greek fishermen and their traditional colourful wooden boats. Since 2010, Christian Stemper is photographically documenting the last remaining individual fishermen and their boats, on the Greek island of Paros. These pictures are the foundation for a book that captures the lifestyle, the tradition, the adventures and the endangered future of these last Wolves of the Sea.

«They’re a special kind of human,» said Austrian photographer Christian Stemper, who has spent five years documenting their lives. «For them, it’s just the boat and the sea and the fish. Nothing else.»

Stemper began taking photos of the Paros «wolves» in 2010 after several years of vacation visits to the Aegean island. At first he focused on their caiques, traditional wooden boats that are barely big enough to hold a single fisherman and his catch, let alone their nets. He was later able — with some difficulty to persuade the boat owners to pose for portraits.

«You need to get to know every harbor. Each one has its own family, not quite a mafia, but you need to meet the boss. And if he tells them to have their photo taken, they go. You can’t just turn up as a tourist and start taking pictures» said the photographer.

The result is an affecting set of images that document a way of life that is dying as young people on the island leave home and restaurants turn to cheaper fish imports.

Stemper has paired monochrome images of the fishermen, their impressively rugged faces contrasting starkly with a black background, with color images of their boats as viewed from overhead, floating on an inky sea.

Among them is Yannis Perantinos, in his 70s, with a face as craggy as the coastline his boat usually sails along. There’s also Vaggelis Parousis who, in his 60s, is quoted by Stemper as he explains his relationship with the Mediterranean.

Such is their obsession with the water, Stemper says, that they’ve been largely indifferent to his project despite their participation.

«After I took pictures in 2012, I held an exhibition in Paros,» he said. «I invited them all and told them I would give each one an extra print I’d made for them.

«But actually only one came. The families came, the wives and the brothers. The rest of them, they don’t care. For them, the life is the sea and the boat.»

In addition to recently completing a film documentary on the «wolves,» Stemper is now looking at other traditional ways of life, such as agriculture, that are under threat on the island.

For all the sense of loss that surrounds the decline of fishing on Paros, he says the fishermen still have an enviable view of the world.

Christian Stemper is an Austrian photographer. You can follow him on Facebook and learn more about his project here. 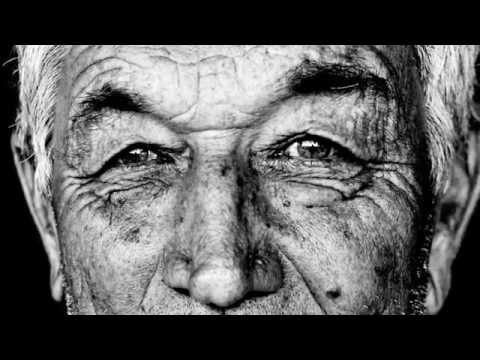