The 8 Greek islands suggested by Telegraph

The British newspaper Telegraph invites its readers to escape the crowds and the tourist hot spots and venture to the lesser-known yet enchanting islands for an authentic taste of Greek life. Thus, Telegraph suggests 8 Greek islands that will definately take your breath away. 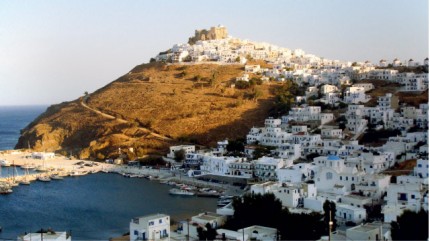 Lying where the Dodecanese meet the Cyclades, Astipalea is visually striking with its palette of whitewash, cobalt, stone and olive foliage. Centuries-old layers of history are evident in Mycenaean ruins, monasteries and early Christian basilicas. The skyline of Chora, the capital, is dominated by the Venetian Guerini Castle. Another must-see is Panagia Flevariotossa, where part of the church is built inside a cave. Gorgeous beaches include Agios Konstantinos, Vatses, Plakes, Kaminakia, Agios Giannis, Panormos, Pachia Ammos, Pera Gialos and Livadia. Bathe, scuba dive, go caving, try spear fishing or take a boat to reach even more secluded beaches on Koutsomyti and Syrna isles. 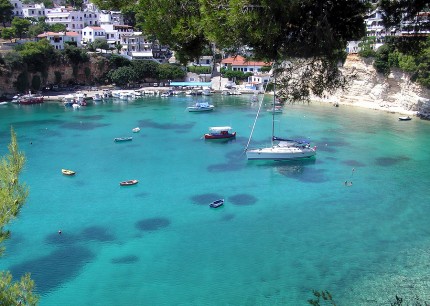 Home of the International Academy of Homeopathy and the National Marine Park of Northern Sporades, Alonissos has serene natural beauty in abundance. Its waters provide refuge for rare seabirds, seals and dolphins; its land promotes a vibrant tradition of folk medicine thanks to a myriad indigenous herbs. Remote, rugged, forested and patchworked with orchards and olive groves, Alonissos also claims paradise beaches with crystal waters such as Meyálos Mourtiás, Stení Vála, Miliá, Chrisí Miliá and Marpoúnta.

An austerely beautiful volcanic outpost in the southern Cyclades, Folegandros rivals Santorini (an hour’s hop by hydrofoil) for dramatic sunsets. Try sitting at the clifftop bar at Anemomilos, sipping a cocktail, while the cliffs redden above the sea – magic. With its beautiful main town, small hotels, picturesque houses and secluded coves, Folégandros offers the ideal hideaway and an authentic taste of Greek island life. 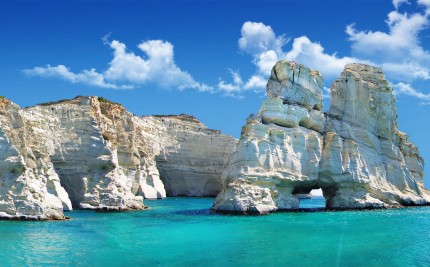 Notable for intriguing rock formations, mineral riches and watermelon pie, Milos has all the elements you want from a crowd-free Greek island, plus novelties such as mysterious catacombs and ancient iron mines. Difficult to pick the best of 80 amazing and varied beaches and harbours, but Sarakíniko’s lunar rocks, Kléftiko’s rock arches and the glorious Hydra is one of the most romantic destinations in Greece. Don’t miss the open cave of Papáfragkas, thermal springs (at Kanáva, Alykí, Provatá and Pikropiyí), and underwater cave magic if you’re into diving. 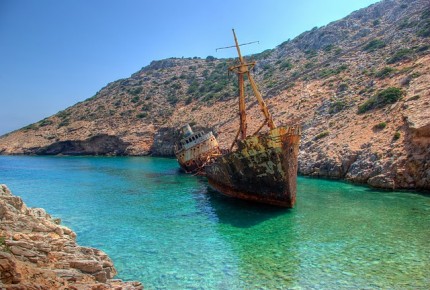 Magical to approach, Amorgos lies on the distant south-eastern arc of the Cyclades. As well as beaching and feasting on xerotígana, fried white beet and fennel pies; and rakomelo (the local herb-scented spirit with honey), the island encourages exploration of land and sea. Top attraction is the 11th-century cliffside monastery of Panayia Hozoviótissa, built to protect a religious icon from intruders. Set high up on the steepest rock of Mt. Profitis Elias, 300m above the Aegean, the building is visible only from the sea.

Known worldwide as the island on which St John received a vision in a cave and wrote The Book of Revelation, Patmos certainly bewitches. There is appeal for those interested in the biblical associations, with the hill-top capital Hora’s 11th-century monastery and its diabolical friezes of demons, and the annual Holy Week celebrations. Patmos also exerts a hold over nature lovers with its intricate coastline, cliffs, coves, verdant mountains and fine-pebble beaches. 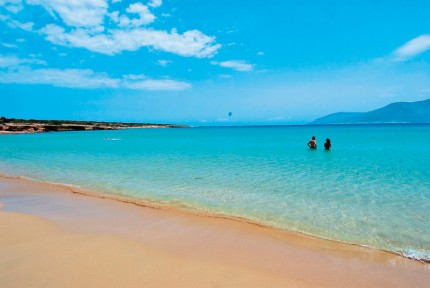 Made up of three main islands, only one of which is inhabited, Koufonisia invites you to make it your own. You arrive on low-lying Ano Koufonisia, which revels in magnificent beaches and seafood. A short boat trip to the south is pancake-flat Kato Koufonisia, ringed with scenic sandy shores, and further east is the dramatic rock island of Keros, a source of fascination for archaeologists due to an impressive find of about 350 deliberately broken figurines, dating from 2500 BC.

Built in the form of an amphitheatre on a slope overlooking the Saronic Gulf, Hydra puts the deep-blue sea centre stage. Cars and scooters are banned; public transport relies on a fleet of donkeys who amble, laden, along tiny marble-cobbled streets and criss-crossing rural trails. One of the most romantic destinations in Greece, the island is an exquisite mix of chic and bucolic. 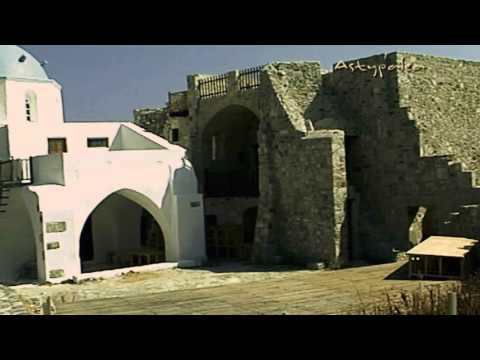