Greek island on the Top 10 sailing cruises in the world

A Greek island is included in the list with the Top 10 sailing cruises in the world. The list is published in National Geographic“s book «Journeys of a Lifetime» 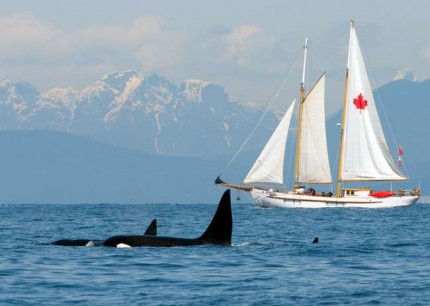 On voyages lasting up to a week, the exhilaration of the wind through the ship’s sails will put you in touch with eastern Canada’s seafaring heritage. On some ships you can sign on as a trainee crew member. Along the way, the ships dock in secluded harbors where you can kayak, pick wild blueberries, or hike. 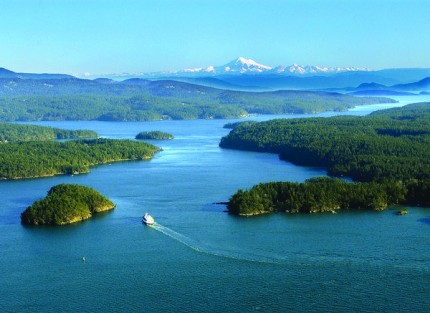 Skip from island to island in the San Juan Archipelago off the coast of Washington State. Classic wooden vessels offer breathtaking views of unspoiled wilderness and gourmet meals that reflect the flavors of the Pacific Northwest. During the day, you can explore the protected waters surrounding the islands on guided kayak tours. 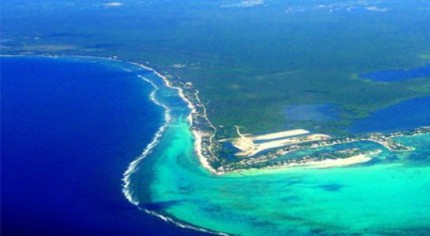 This Caribbean cruise, for children young and old, takes place in a replica 17th-century Spanish galleon—complete with firing cannons, planks to walk, and sword-fighting. 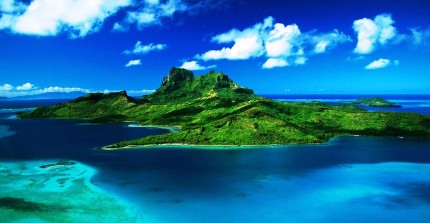 Many people daydream about sailing between paradise islands. This trip, leaving from Tahiti, takes seven days and visits Huahine, Bora-Bora, Moorea, and other Polynesian islands. The boats have all the advantages of a modern cruise liner, combined with the heritage of a sailing ship. 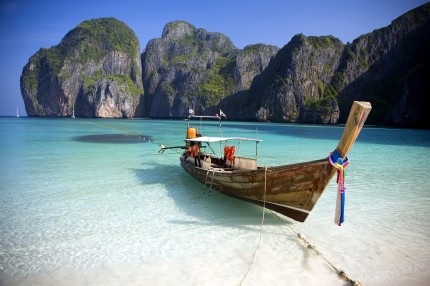 Rare seabirds, romantic beaches, and famous limestone stalactites are just some of the attractions of the Andaman Sea marine park and its 3,500 islands, which you can enjoy on a six-day cruise between Krabi and Phuket. This is not a luxury trip; you will have to share showers and toilets. 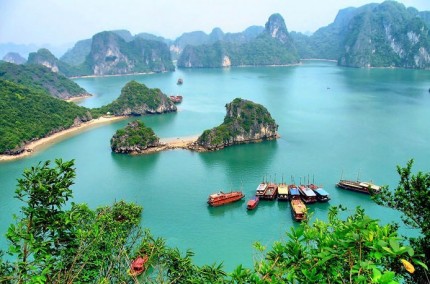 Ha Long Bay, or the Bay of the Descending Dragon, in northeastern Vietnam, is scattered with some 3,000 precipitous, strangely sculpted limestone islands and outcrops, and dotted with small floating villages and deserted sandy beaches. In spring and early summer the water is particularly calm and clear. This UNESCO World Heritage site is best explored by a cruise on a junk. 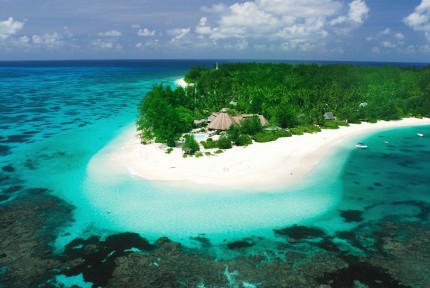 Charter a yacht and explore the unspoiled islands of the Seychelles with their clear waters and unpolluted coral reefs. You can hire a skipper, and a crew as well, to do the hard work for you, although intrepid, experienced sailors can take the boats out themselves. Usual itineraries around the islands last seven or eight days, depending on the wind. 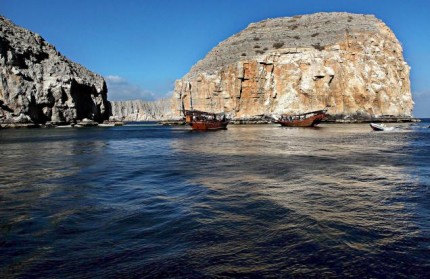 The Musandam Peninsula at the northernmost tip of Oman juts into the Straits of Hormuz at the entrance to the Persian Gulf. Mountains rise straight up from the sea, creating inlets that resemble Norwegian fjords, dotted with villages that can be reached only by boat. Take a trip along this spectacular coast by dhow—a traditional narrow wooden boat—and you can also enjoy swimming and diving off the boat in waters that are rich in underwater life. 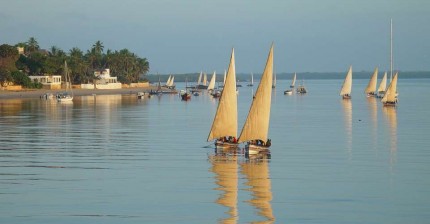 The tropical island of Lamu lies off the coast of Kenya, just south of the equator. Its historic buildings reflect the island’s importance as a port used by African, Arab, and European traders and explorers. A range of dhow trips lets you explore the surrounding archipelago with its isolated villages and ancient ruins. Try a three-hour trip to Manda Island, or a Full Moon cruise with a lobster dinner included. On some fishing trips, you can cook and eat your catch.

Separated from the mainland by only 130 feet (40 meters) in places, Évia is Greece’s second-largest island. A rugged coastline of wide beaches and steep cliffs gives way to mountains dotted with villages and monasteries. Sailing along the coast of Évia in a caique (wooden fishing boat), you can enjoy the remote coves and beaches and the private island of Petali, as well as explore the main island itself. Travel with a group of six to eight friends; a leader and crew come with the boat hire.