The Greeks who excelled globally in April

For yet another month Greeks from all over the world, managed to excel, to abolish the borders and make us proud with their achievements. The ellines.com team chose five of them, who during the month April caused international sensation with the work and personality. 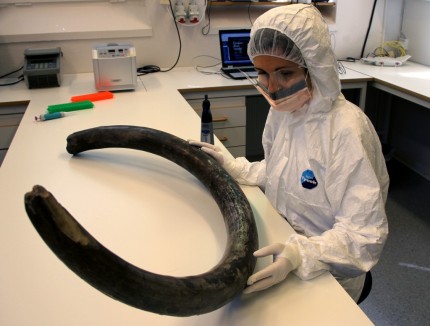 An international team, led by the Greek researcher Eleftheria Palkopoulou from the Swedish Museum of Natural History in Stockholm, deciphered complete mammoth DNA code. Researchers deciphered the complete DNA code, or genomes, of two mammoths. The new genomes are far more refined than a previous one announced in 2008. Read more

The prestigious Forbes magazine hosts on the cover of the May 2015 issue, the Greek-American businessman and investor Dean Metropoulos. Dean Metropoulos is known in the business world for his ability to “revive” and increase the value of traditional products. This ability is the reason that Forbes chose him for the cover. Read more

Gabriella Papadakis with her partner Guillaume Cizeron, are the 2015 World champions. She is a French ice dancer with Greek descent. The succesful duo won also the 2015 European champion, the 2014 Grand Prix Final bronze medalist and 2015 French national champion. Read more

John Podesta is a veteran Democratic official. He was Counselor to the President of the United States, serving since the start of 2014. He left the White House to join Hillary Clinton’s 2016 Presidential campaign, as its chairman on April 2015. Read more

Yorgos Lanthimos’s The Lobster, is to play in the main competition at the Cannes Film Festival for the Palme d’Or. The Lobster is a science fiction romantic comedy-drama film directed by Greek director Yorgos Lanthimos in his English-language debut. Its script was awarded the ARTE International Prize for Best CineMart 2013 Project at the 42nd Rotterdam International Film Festival. Read more

* Greek scientists, scholars, politicians, artists, journalists, businessmen, athletes, artists, painters, policemen, photographers, actors, managers  constantly emerge through investigative journalism and the invaluable help of ellines.com community members. Each month, we will present the five most important Greeks, considering the influence of their work and the readability of their page on ellines.com.