3 Greek islands among the gems of the Mediterranean

An article entitled «Gems of the Mediterranean» of the newspaper New Zealand Herald presents six little sparklers that a traveller could choose instead the big and bustling Sicily, Sardinia, Crete or Capri.

Among the six Gems are 3 Greek islands: 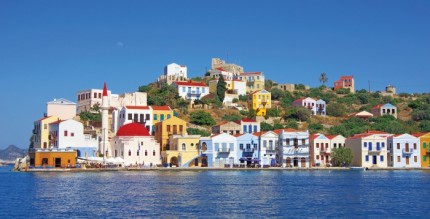 On the narrow waterfront promenade around the horseshoe harbour of tiny Kastellorizo, old Greek ladies dressed head-to-toe in black stop for a chat beside a group of men playing the universal boardgame tavli on a rickety table. A typical Greek village scene. But hang on a minute – these quintessential old Greek folk chattering in their native language suddenly switch to broad Australian English. Ιt turns out they are «Kassies» – children of Kastellorizo who were shipped to Perth after World War II. During the war, the British evacuated everyone to Egypt to dodge German bombs but, in 1944, a huge fuel-dump explosion left the town and half its houses derelict. So, instead of returning, most of the population emigrated to Perth. Now the Kassies and their offspring are returning, restoring houses as holiday homes and setting up businesses.  Kastellorizo is the most remote of the Greek Dodecanese Islands. 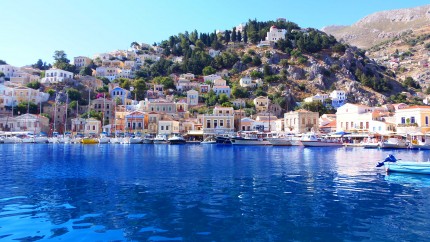 Arrival in Symi is the perfect Greek island experience. The harbour is a deep cove of an infinite, unfathomable blue peculiar to the Mediterranean. The waterfront is edged with tile-roofed buildings in tones of ochre, terracotta and cream. Shops sell sea sponges – until about a century ago, diving for sponges was the economic mainstay – and restaurants serve the local delicacy, Symi shrimp.

A hefty stone staircase up the cliff leads to a second little town, Ano Symi, and the town’s museum. Symi was occupied by Turkey, Italy, Germany and Britain in the first half of the 20th century, before becoming Greek again in 1948. (A travel book called Bus Stop Symi, by William Travis, tells the tale.) A monastery on the opposite side of the island is the main tourist attraction. Symi is busier than Kastellorizo, being a mere 40km on the ferry from Rhodes, but still quiet compared to most Greek islands. Ferries from Rhodes serve both islands. 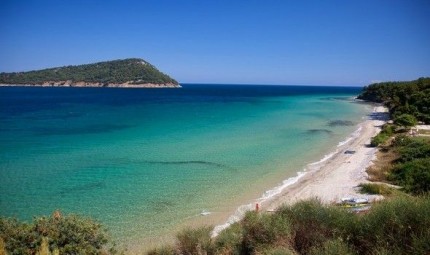 This is another of those places often labelled «best kept secret». Thassos is not your classic Greek island of terracotta roofs and rocky coves. Here, there are grey tile roofs, green hillsides and long stretches of sandy beach. Thassos is bursting with tourists – particularly Eastern Europeans – from mid-July to mid-August. They come by ferry from the mainland, often bringing their own cars, and much of the island still retains its laid-back family-camping vibe. 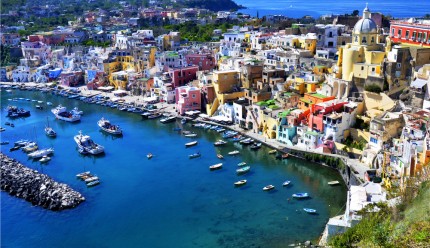 Greece doesn’t have a monopoly on little-and-lovely Mediterranean islands. Off the coast of southern Italy are the Phlegraean Islands, which include the international playground of Capri, and the almost as popular – especially with Germans – island of Ischia. Just north of Ischia is the smallest island in the Phlegraean group, Procida. A mere 4sq km, it lacks the thermal springs which attract the lolling tourists to spas on Ischia, and the stunning cliffs, the enormous wealth, and the Blue Grotto which attracts everyone from everywhere to Capri. But Procida has charm: pastel houses in pink, white, yellow and blue; the scent of lemons; and fishermen mending nets. There are beaches, walks, quaint towns, and a movie-making history which has led to an annual arthouse film festival. Il Postino: The Postman was filmed here, as was The Talented Mr Ripley. Procida is reached by ferry from Naples or Ischia. 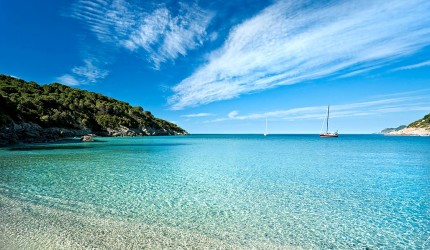 Not so little, but still a gem, Elba is 15km off the coast of Tuscany, 250km north of Rome. It’s to be avoided in July and August when half the population of the Italian capital arrives, but in late May it is peaceful, beautiful and full of quirks. From the U-shaped harbour protected by twin fortresses, an arch in a mediaeval wall opens to the town of Portoferraio. The day I visit it is bursting with Fiat Bambinas, although that’s not a name these drivers recognise. Here, the Fiat 500 is simply the beloved Cinquecento, and I’ve stumbled into a rally of the Cinquecento Club Italia, which has 20,000 members. Fix It Again Tony is not a joke I’m prepared to risk on these frenetic Fiat-lovers. All is peaceful up the hill at Napoleon’s villa. The emperor was exiled here in 1814, a year before he met his Waterloo. While here, he designed a still-working sewerage system for Elba. He also left the world’s word-lovers with a great palindrome sentence. (A palindrome is a word or sentence that reads the same backwards as forwards.) When he first saw it, Napoleon apparently said, «Able was I ere I saw Elba.» Visitors can fly or take a ferry to Elba. 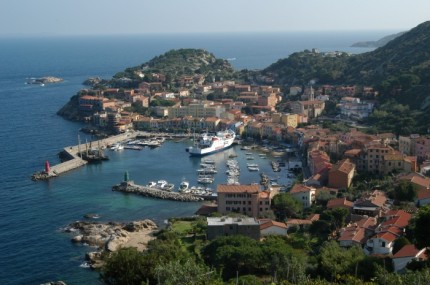 The charming little island of Giglio will be forever remembered as the place where the cruise liner Costa Concordia ran aground in 2012. Until then it was barely on the international tourism radar, although popular with Italians for scuba diving and snorkelling. The last two years have changed the island as hundreds of salvage workers from around the world moved in. Little bars and restaurants began serving English breakfasts, American beer and coffee in large mugs. Now the wreck has been removed, tourists will again be the economic mainstay. Whether the cafes go back to serving pasta carbonara and demitasse coffee remains to be seen. Giglio is in the Tyrrhenian Sea, 50km south of Elba and only 15km from Tuscany. Midweek in the shoulder seasons it should be quiet. Go on a midsummer weekend and you might leave with, as I did, the unerasable memory of an Italian stag party drinking red wine from rude-shaped drinking vessels.