For the first time in the world, choreographers Sophie Bulbuyan and Apostolia Papadamaki in collaboration with artists from 10 countries, present an underwater dance-visual performance «Drops of Breath«. 14 performers from France, Greece and Cyprus will interpretate an underwater choreography in one of the most beautiful coasts of the Mediterranean, Cape Sounion beach, the ancient Greek temple of Poseidon which is at the edge of Attica land looking over the Aegean Sea. The underwater sound design by Escoitar (by Enrique Tòmas) will offer an immersive sound experience to the audience while the underwater scenography and costumes (by George Georgiou) will create a unique visual scenery. Drops of Breath is part of «The Underwater Heart of the Mediterranean» – a polymorphic project with the support of European Union, Creative Europe, Horizon 2020 program for the period January 2015-February 2016. The performances will be given at 25th, 26th, 27th September 2015.

And for the first in the world, an underwater audience is formed: So certified divers, fully equipped, will be able to attend the performance under water sat on underwater benches. Anybody can watch the performance snorkeling over the underwater stage and audience preferring to stay dry will watch through a screen on the beach since 3 underwater cameras will broadcast live during the performance.
Water is one of the most important resources in the world; a form of energy, a state of nature. It knows no frontiers, no borders, no politics, no religions; it is an element that bridges and unifies people. 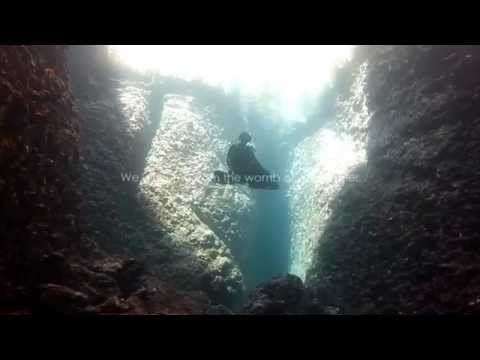