USA Today: 6 atypical things to do in Greece

Six atypical things to do, once you are in Greece are presented at usatoday.com. In Greece, the big attractions for Americans usually include the Acropolis and ancient temples of Athens and the picturesque villages of the island of Santorini. While these attractions are incredible and do have their place, there are other places and things that are just as important and worthwhile, especially when trying to obtain a better feel of the real country, its people and its history. 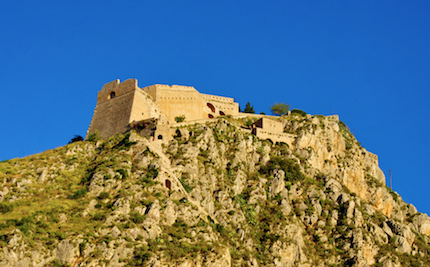 Located about an hour and a half outside of Athens, Nafplio is a beautiful beach town. Having served as the first capital of modern Greece, the town is filled with history in its Archaeological Museum and the Church of Agios Spyridon, where visitors can see the bullet mark left by the assassination of Greece’s first governor. The town’s stand-out attraction, however, is the Palamidi Fortress. Built during the Venetian occupation in the early 19th century, the architectural masterpiece is comprised of eight huge bastions atop a huge hill overlooking the coast. The 900-stairs climb to the top is definitely worth it, and you’ll see some breathtaking views. 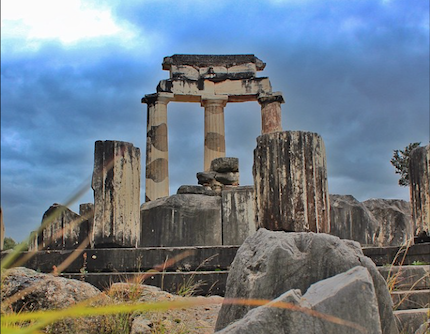 An easy day trip from Athens, Delphi has both historical and spiritual importance for ancient Greece. The site was the center of worship for the god Apollo where citizens would visit in times of uncertainty in attempt to learn predictions from the oracle. The ruins include the Temple of Apollo, an ancient theatre, treasury and natural Castilian spring, all carved into a gorgeous mountain. Don’t forget to visit the adjacent museum! 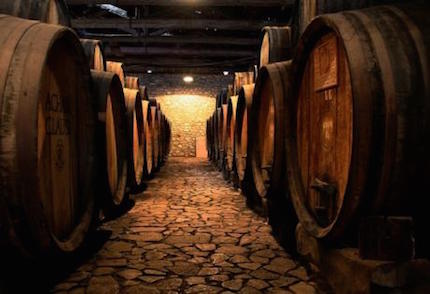 It’s no secret that the Greeks love their wine, and Achaia Clauss is the place to be if you want the authentic Greek wine tasting experience. The oldest winery in Greece, the tour guides will tell you that Achaia Clauss is home to Greece’s oldest and largest barrels of wine. Take a tour of the historic wine cellars, explore the expansive hillside property and enjoy complimentary wine tasting. Make sure to try the famous Mavrodaphne, a sweet dessert red wine. 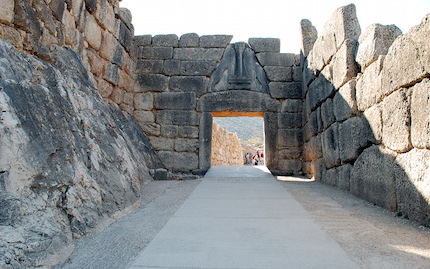 Mycenae is the legendary city of Agamemnon and mentioned countless times in Homer’s The Iliad and The Odyssey. It was the spearhead of Mycenaean civilization, which dominated the Mediterranean from the 15th to 12th centuries B.C. Visiting this site is like walking through history as you observe the colossal burial tombs, defensive walls and bridges that remain well intact. Situated along the mountain side, the views are incredible as well. Located an hour and a half outside of Athens and only 30 minutes from Nafplio, it’s easy to work this site into your trip. 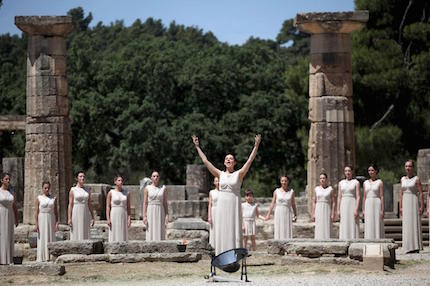 You can’t think of Greece without mentioning the Olympic games, and this is the site where it all began. Home to ancient athletic training grounds, a sanctuary and the oldest Olympic track (which visitors are free to run), walking through this site is nothing short of incredible. The adjacent museum features important marble sculptures that were excavated from the site, including the Nike of Paeonius, the Hermes of Praxiteles and an extensive bronze collection. Though the site is a three hour drive from Athens, it is definitely worth the trip. 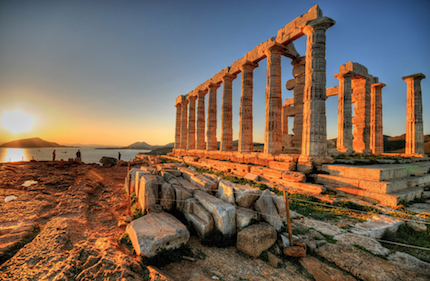 This ancient temple is an easy day trip from Athens. The huge monument is surprisingly well-preserved, and its location—surrounded on three sides by Mediterranean waters — makes the views and experience all the more incredible. Make sure to stick around for an early dinner in one of the nearby cafes to witness a beautiful sunset.