Nick Kyrgios, the Greek Malaysian Australian professional tennis player managed to beat the world No1 Rafael Nadal and reach the quarter-finals at Wimbledon.

«I want to be the number one player in the world. That’s my motivation. I’ve never had anything like this happen in my life.» he said after his win.

His ranking will zoom from 144 to 68 in the world and he promised to prove to his mother Norlaila back in Canberra that despite her fears, there is more to come against the Canadian Milos Raonic on Wednesday.

“Have to do it all again tomorrow and I can’t wait! First @Wimbledon & I’m in the last 8 club!! #HaveThat” he wrote in his twitter account.

Beyond that he refuses to dream. “To have that under my belt, it’s massive,” he said of his 7-6, 5-7, 7-6 , 6-3 win on his Centre Court debut. “I was reading a comment that she thought Rafa was too good for me. It actually made me a bit angry. You would think he’s on a whole other level compared to me. I just believed in myself that I could create some opportunities. I took them under pressure today.” 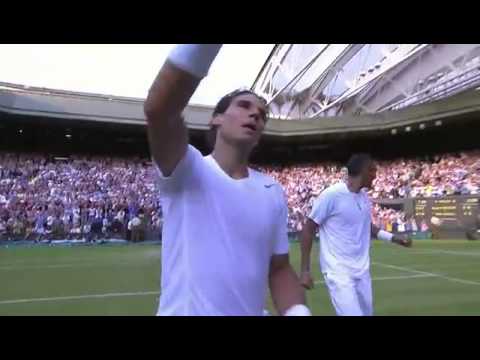