George Lois, one of the most influential people in the field of visual communication and advertising in the last 50 years worldwide, returns to his homeland. The reason for this return is the presentation of the Greek version of his book «Damn Good Advice» of KeyBooks editions.

On Tuesday, May 13 at 8 pm, in the Roof Garden Acro Gazi, the true «Mad Man» will talk about his book and will share what he learned in past 60 years of his career. Event co-organized by ESQUIRE magazine, keybooks.gr  and ellines.com.

This book is an indispensable guide for anyone wanting to take off their creativity and offers tips, secrets and methods, given with bold writing and without shame.

The man who has designed the most iconic covers of American Esquire, also edited the cover of the Greek edition of Esquire May, obviously inspired by the Greek heritage. In the magazine you can find a tribute to his life and accomplishments. See the preview below.

On the occasion of his visit to Greece on Saturday 05/10/2014, George Lois will be found on stage at TEDx Thessaloniki giving his own perspective on the theme «Every Last One Home «. George Lois, son of Vassiliki and Charalambos Lois, who was a florist in Bronx, has managed to become one of the most radical iconoclasts communication during the 60s and 70s.

Predominant character of the media industry in an era where advertising made the world go round, combative activist and close friend of Muhammad Ali and Bob Dylan. Lois lined up at the forefront of the social demands and fought for political and human rights in the U.S., among other actions, he was the initiator of the campaign for the release of Rubin «Hurricane» Carter, the black world champion of boxing 1966 wrongly convicted of murder. It is worth mentioning, that Don Draper, the pivotal character of the television series Mad Men, is based on his personality and career.

His ten-year collaboration with American Esquire (from 1962 to 1972) created 92 covers, which are milestones for the global history of magazines, many of them are included in the permanent exhibition of the Museum of Modern Art New York (MoMA). Lois has won numerous awards and distinctions. The decisive role in the shaping of advertising as we know it nowadays, is reflected in the fact that he is the only person who has been included in The Art Directors Club Hall of Fame, in The One Club Creative Hall of Fame and the American Advertising Hall of Fame. 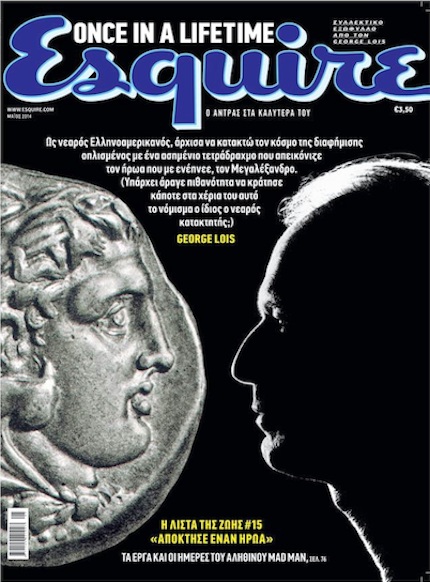 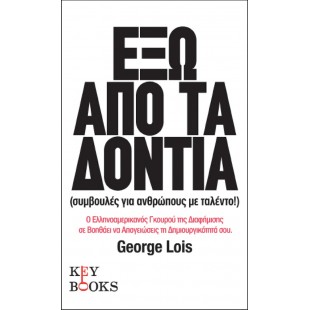