“Failure” is an unknown word

Alex Spanos is a real estate developer, self-made billionaire and owenr of the San Diego Chargers football team (NFL). Spanos’s story is a great example of how hard work and determination can pay off for those willing to follow their dreams.

Spanos was born in Stockton, California in 1923. His parents, Konstantinos and Evanthia raised him to believe in giving. A famous phrase his mother taught him was “Kane kalo, na deis kalo”, which in greek means “Do good, so that good comes your way”. Spanos as a boy was taught a deep sense of pride in his greek heritage and his orthodox christian faith. He got a Bachelor of Arts / Science, from the University of the Pacific. He served in the US Airforce during World War II, and then returned home to join his father in the family business.

In 1951 at the age of 27, Alex Spanos decided he could no longer support his growing family on $40 per week working in his father’s bakery. So he borrowed $800, purchased a used catering truck and set out on his own by providing catering and support services for the migrant farm workers in California’s Central Valley with AG Spanos Agricultural Catering Service. Along with his wife, Faye (they got married in 1948, they have four children -Dean, Dea, Alexis and Michael, 15 grandchildren, and eight great grandchildren) they made sandwiches and sold them to the local farmers. Soon Spanos’ hard work paid off and had a financial success. His company expanded to real estate and construction. Finally, he became one of the owners of the San Diego Chargers. “We were blessed, that we were able to do the things we could do, and we continue to do it”, says Spanos. Through the years the Spanos’s family have supported hundreds of humanitarian efforts and have donated millions to causes such as churches, hospitals, and more. His sharing in Stockton was widely appreciated.

A.G. Spanos Companies builds multi-family housing and master planned communities and is one of the nation’s largest family-owned builders. Alex Spanos’ personal commitment to quality and integrity is now carried on by his family in the daily operation and management of the San Diego Chargers as well as the companies that bear his name.

Spanos made family part of his formula for business success. The A.G. Spanos organization, including the Chargers, is a family-run operation. Alex turned over the day-to-day operations of the Chargers to his oldest son, Dean, in 1994, 10 years after purchasing the team on Aug. 1, 1984. Today he enjoys retirement and watching his sons, Dean and Michael, along with grandsons A.G. and John guide the Chargers as they celebrate the 31st anniversary of the family’s ownership.

In 2008 the President of the Republic of Greece, Mr. Karolos Papoulias, awarded Spanos the Medal of the Commander of the Order of Honor. The honor came in recognition of his many contributions to the birthplace of his parents.

One of his more generous contributions resulted in the opening of the Alex G. Spanos Heart & Vascular Center in Sacramento. San Diegans have Spanos to thank for the huge economic windfall of two Super Bowls (1998 and 2003). In addition to the millions of dollars donated by Spanos and the Chargers Community Foundation, which he established, the Spanos family has delivered more than $12 million to help San Diego’s youth by supporting education as well as health and fitness programs.

Spanos’ amazing journey and his passion for giving back is outlined in his autobiography, “Sharing the Wealth: My Story,” a compelling first-hand account of the events and decisions in his life that became his basic fundamentals for success. “Success”, Spanos writes, “cannot be summarized in a slogan, but can be explained with a story”. That is just what he describes in his book. A story that may help the reader to set goals and achieve them. 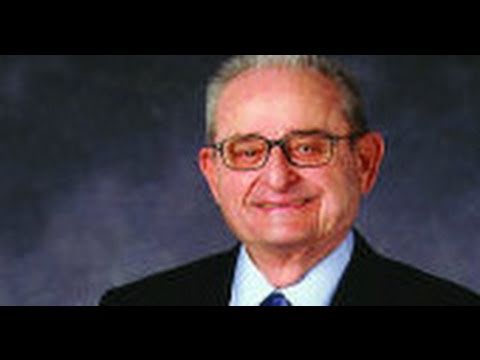