Dr Nickolas Papadopoulos is an Oncology Professor at the Kimmel Cancer Center of Johns Hopkins University and Director of Translational Genetics at the Hopkins’ Ludwig Center. He is considered to be an international expert in cancer diagnostics. He gained worldwide popularity for discovering the genetic basis of the predisposition to hereditary nonpolyposis colon cancer (HNPCC), one of the most common hereditary forms of cancer.

Papadopoulos started his academic studies in Greece and later obtained an M.S. from the University of Houston and a PhD from the University of Texas, before receiving his postdoctoral training at The Johns Hopkins Medical Institute, Department of Oncology. He was named Assistant Professor of Pathology at Columbia University, where he worked on cancer genetics of prostate cancer. He then moved to GMP Genetics as the Chief Scientific Officer, where he developed applications to genetic diagnosis.

Dr Papadopoulos’s discovery that mutations in the mismatch repair genes (MSH2, MLH1, MSH6, and PMS2) predispose to HNPCC had important ramifications for the understanding and molecular classification of cancers that have a very high rate of certain type of mutations and led to the development of diagnostic tests for the pre-symptomatic diagnosis of individuals with HNPCC. He not only developed diagnostics at the bench, but as a Chief Scientific Officer of a start-up diagnostics company he developed a novel diagnostic method applicable to any genetic disease.

Currently, Nickolas Papadopoulos is member of a scientific team headed by Isaac Kinde at The Johns Hopkins University in Baltimore, researching the diagnosis potential of other forms of cancer other than the Pap test in the endocervical canal of the female reproductive system. So far, they have successfully detected cancers arising from the ovaries and the endometrium. 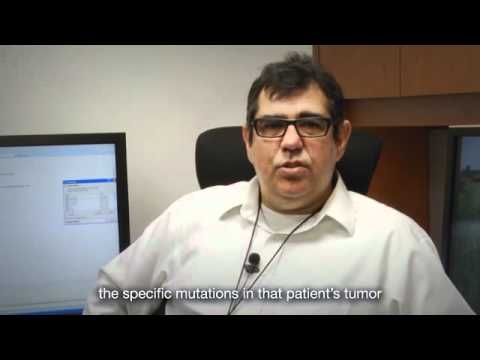