Greek physicist who has been honored with the Sakurai Prize

S. Dimopoulos is well-known for his work on constructing theories beyond the Standard Model, which are currently being searched for and tested at particle colliders and in other experiments. His most famous work was on the Minimal Supersymmetric Standard Model (MSSM) which he proposed in 1981 jointly with Howard Georgi. He also proposed the theory of large extra dimensions, together with Nima Arkani-Hamed and Gia Dvali. For the proposal of these theories and developments in the field of theoretical particle physics he won the Sakurai award in 2006.

Recently, he acquired a role … which is very far from his philosophy, but so close to the subject of science. He participates along with four other world-famous scientists in the documentary «Particle Fever», with subject, what else; the agony of science against the mysteries of nature as a result, of course, of the experiment at CERN. 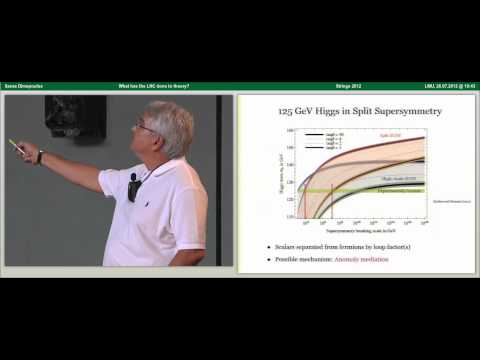