His origin is from Ioannina. He has recently visited for the first time Thessalonici for the Film Festival, and he did not hide his satisfaction that he came in Greece, for which as he says knows very few things, although as he claims «lately I feel more Greek than ever.»

As the previous president and current member of the American Film Academy, the organization that determines where the Oscars go to, Sid Ganis has written his own story, which someone has the impression that it could be a film script of his great love.

The 69 years old producer made his first steps in Brooklyn’s neighbourhoods and he managed to get himself to the greatest Hollywood studios, to establish his own production company and to be elected president of the Academy for Oscars in 2005. The cinema was, as he says, the main reason why he now feels more connected to his Greek heritage. «I met Greek filmmakers and started getting involved more with the Greek community in Los Angeles,» he explains and adds: «Yes, even my Greek blood is more powerful now.»

In an interview to the “Eleftherotypia” newspaper, he did not hesitate to declare that «Greece is mine» and continued by asking about Ioannina which he has never visited: «I hear it is beautiful there. I was told that with the new highway I can get there in two and a half hours. Is this true? I want to see the city, to meet with people. My wife discovered that there are several people with the surname Ganis. I would like to see if I can meet them.»

Sid Ganis came in Greece twenty years ago, in order to visit Athens and the islands. He does not forget the close family ties, his grandfather and grandmother «who were always there, feeding us with Greek food, telling us about the old homeland, speaking Greek all the time. Since I was a child, in my mind I was Greek. I did not realize how cool it was to be a Greek, but now I know.» But Ganis does not speak Greek and he declares repentant about it.

He is totally honest, when the question comes to what made him feel Greek after all those years. «All these years my career was my first priority. I was an American young man anxious to succeed in showbiz. I was always, of course, declaring my Greek ancestry. Eight years ago something inside of me changed.  My uncles from my father’s side began to die, everyone came over 90 years. We were a very tight family, gathering in the home of my grandfather and grandmother, who spoke Greek, and eating traditional Greek dishes «he recalls with nostalgia.

Finally, he admits that Oscar is an institution from which is not lacking of injustices and as he says: «The» Gone with the Wind» won the Oscar for Best Film in 1939, the same year when another great movie, «Wizard of Oz «, was also nominated … what to do… However, consider that to being on the nomination list is itself a prize. I will feel very happy if foreign language films start being nominated for the Oscar of best movie. 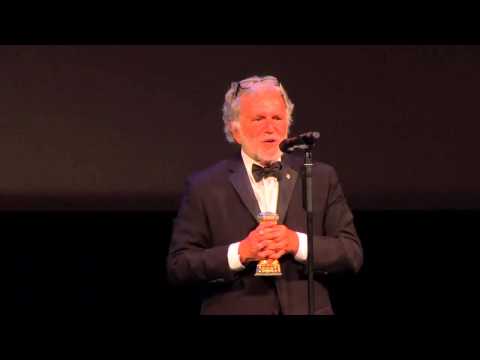