The «Golden man» of Hollywood

Having a professional experience of more than 30 years in the audiovisual industry, Jim Gianopulos is one of the top players in show business, media and new technologies. He served as the Chairman and Chief Executive Officer of Fox Filmed Entertainment until 2016. He was responsible for watching over the total of films and tv production made by Fox, as well as for its marketing and distribution.

Viacom Inc. has announced the appointment of Jim Gianopulos as Chairman and Chief Executive Officer of Paramount Pictures, effective April 3, 2017. Gianopulos will report directly to Bob Bakish, President and Chief Executive Officer of Viacom. In his role as Chairman and CEO of Paramount, Gianopulos will oversee the studio’s film and television operations worldwide, including production, marketing, distribution and all other facets. He also will be charged with setting a new strategy for Paramount, including developing new content, strengthening Paramount’s slate with co-branded releases from Viacom flagship brands, and expanding the studio’s global footprint.

If there is anybody that doubts his greatness, all he has to do is have a look at the movie titles that follow, and that have given him the nickname “Hollywood’s Goldfinger”. From the trilogy of “Star Wars” to the “Titanic” (the most commercial film of all times), and of course: “Die Hard 4”, “A night at the museum”, “The Simpsons: The movie”, “Borat”, “The Day After Tomorrow”, “The Devil Wears Prada”, “Walk The Line”, “Minority Report”, “Moulin Rouge” and “X-men” the series. During his management, the Blue Sky Studios (special at animation cartoons) made the famous “Ice Age”, while the 3d movie “Ice Age 3: Dawn of the Dinosaurs” became the most profitable one worldwide, enabling the company to earn more than 870 million dollars!

Jim admits there is not a secret in his success, “just hard work in combination with lucky breaks, and staying lawyal to your personal and professional commitments”. He also admits he has a great interest in films that have to do with Greece – which he calls home – and its heritage, although he recognizes that “filming movies in far away places is always hard, since the economic crisis in which we live in, does not give us much space for these kind of productions”.

Gianopulos was honored in 2015 CinemaCon with the title “Pioneer of the Year”. Under his management FOX had experienced some of her most successful periods regarding her profits since its beginning. It’s quite astonishing if you come to think of all the problems that big film studios encounter through this difficult era for the industry. 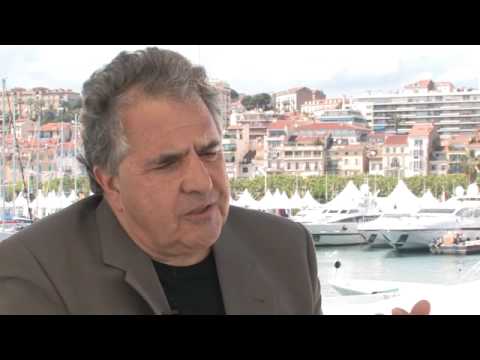