The Greek Croesus of the Washington Wizards

He is one of the richest Greeks in the U.S. He lives in Washington and his goal is to conquer NBA after being the major shareholder of the Washington Wizards, with an agreement reached EUR 550 million on U.S. dollars, including the acquisition of one golf ground.

Born in Brooklyn in 1957, he grew up in Massachusetts. Child of second-generation immigrants, coming from a poor family, Ted Leonsis is a self-made businessman. He graduated from Georgetown University and he dealt with marketing and IT.

When he was 26 years old, he had an experience which marked his life, as he survived the airplane crash. He says that since then, when he emerged from the wreckage alive, he had already taken the decision to put goals and aggressively to achieve them.

When he was 35 years old he became the owner of Redgate Communications Corp., a marketing company, which was taking over by the giant Internet Company American Online AOL in 1993. These abilities led him to the post of chairman of AOL until 2006, although he remains honorary president – in the meantime the company had already merged with Time Warner.

He served as mayor of the city of Orchid in Florida. Four books on IT and the publication of six magazines on computer are few among his assets. His signature as a creator exists in several online games, and in 2007 he worked as film producer in documentary «Nanking», which refers to the work of the deceased author Iris Chang, «the rape of nanking», which won first prize at the Sundance festival.

Before dealing with professional basketball Ted Leonsis owned a hockey team, which he led to the top of the sport in the U.S. According to reports his annual net income reaches one billion dollars. 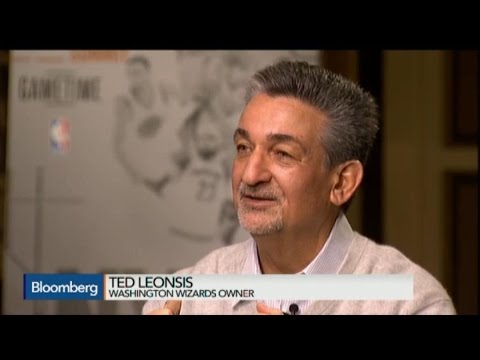