His hard work brought him at the top

He was born in Ligourio of Epidaurus. Soon his family moved to Holargos where he grew up. The early years were pretty hard, and so he began to work when he was only 12 years old. He took the big decision to immigrate to Australia in 1963 – at the age of 16 in order to make up some money and eventually return to Greece. He is the richest Greek of Australia for 2015 and 2016 according to Forbes.

Con Makris immigrated to Australia from Greece approximately 45 years ago. His early retail experience included starting a supermarket, fruit and vegetable store, and then fish and chip shops. Later he established chicken shops and his focus on quality resulted in the establishment of a chain of 7 stores in country Victoria and South Australia.

In the early 1980’s Con sold his chain of chicken shops and acquired his first shopping centre in Adelaide. The success of this business grew quickly based on Con’s ability to identify properties with both passing income and development potential. Where others saw risk Con saw security and opportunity. Long term lease covenants from anchor tenants such as Woolworths and Coles, and strong demographic growth gave Con the confidence to use financial leverage to expand his portfolio, at a time when retail yields were higher than yields for other forms of property.

Having been a retailer for years he understood his tenants and their issues and he used this skill to manage and further grow his portfolio.

The Makris Group is a privately owned family business wholly owned by Con Makris. However, due to the growth of the business in recent years Con recognised the need to build his team in order to manage the portfolio and the significant development phase required to maximise value. In the early 2000’s he appointed a General Manager and arranged the opening of a firm of architects in Adelaide to design and manage the redevelopment pipeline.

By the early 2000’s a number of smaller development projects such as an expansion of Bonnyrigg Plaza and the construction of Northgate Village had been completed, however, Con’s first major redevelopment project began in 2004 with the $25 million redevelopment of the City Cross Shopping Centre. City Cross provided unique fresh retail architecture to the Adelaide scene and has established Adelaide’s finest food court.

Today, Makris Group is South Australia’s leading privately owned property group and includes shopping centres in Adelaide, Sydney and Melbourne, office buildings and numerous other commercial properties in Adelaide. The group is a $1.5 billion plus private South Australian company. The business has become a major player in the Australian retail property market and continues to expand with a focus towards sub-regional centres.

Recent purchases include the $100million Endeavour Hills Shopping Centre in Melbourne, and redevelopment is planned for its Bonnyrigg Plaza shopping centre in Sydney, and Gilles Plains Shopping Centre in Adelaide. This is part of a major development phase totaling over $200 million planned over the next three to five years. 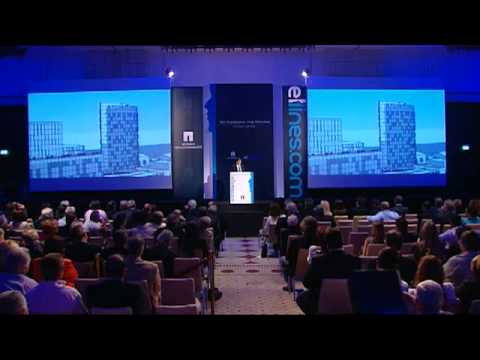