One of the most influential living mathematicians

A mathematician and a physicist, Demetrios Christodoulou was born on October 19th, 1951, in Athens and currently holds the position of Professor at one of the major universities in Europe, the ETH Zurich.

At the age of 17, Christodoulou left Greece to pursue his Masters in Physics at Princeton University in the United States. He later received his doctorate and a promising future was ahead of him.

In 1972, at the age of 22, he relocated to Greece to work as a Professor at the Physics Department of the Kapodistrian University of Athens. He later resigned to serve his next career milestone as a CERN researcher in Geneva.

In his doctorate, Christodoulou conceived the basic idea that later triggered S. Hawking, J. Bekenstein and others to form theories on black hole thermodynamics and also on the Hawking radiation.

On the basis of the General Theory of Relativity, Demetrios Christodoulou, together with S. Kleinerman, has proved the nonlinear stability of the Minkowski spacetime in which we live and has also established strict theorems on black holes formation.

In 2011, Christodoulou retrieved the influential Shaw Prize, globally known as Asia’s Nobe Prizel, for his contribution to the science of mathematics. Moreover, he was awarded the Tomalla Prize in 2008, the American Mathematical Society’s Bôcher Memorial Prize in 1999, and the MacArthur Institute Fellows Award on Mathematics and Physics in 1993.

In July 2000, Demetrios Christodoulou received the Grade of Commander of the Order of the Phoenix, a distinction awarded by the Greek government to citizens who have excelled in arts and sciences. 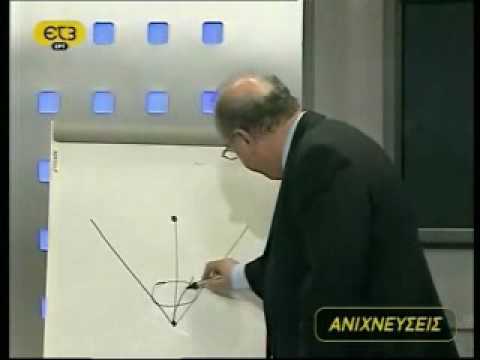