One of “Manny’s” favorite sayings is, “If it ain’t broken, break it and then make it better.” He means: You may be doing OK, but you can always do better”.

He is considered to be one of the leading civil engineers, not only in the U.S. but also internationally. Having completed the secondary schools in Heraklion, Crete in 1970, he went to study at a public university in New York, having in mind that he will return to Greece with his diploma. However, his course was that of those who usually want to achieve more in life than to relax in a qualification.  He was born in the village Kamariotis, in Herakleion, Crete, in the foothills of mountain Psiloritis. After graduation he pursued a Masters and then he decided it would be better to work for a few years to gain the necessary experience. But the one job brought the another, and Manolis Velivasakis found himself through the multiple obligations to create his own family in the U.S. Manolis and his wife of Orsa, along with their two sons, Lefteris and George, make their home in Scarsdale, New York.

He has been the vice president and one of the eight major shareholders at the giant American corporation Consulting Thornton-Tomasetti, in which he involves since 1975, being currently its consultant, and he is also the president of LZA Technology Division. At the same time, he is a professor at the Institute of Design & Construction, and for many years he was Professor of Engineering at New York Institute of Technology.

Some of the projects are, a skyscraper of 1001 m. in Jeddah, whose construction is underway, the construction supervision of the financial center of Taipei of 520 m.,  the structural analysis and restoration of the dome of the Capitol in Washington (1990-1992) which continues today with a new study, the study of restoration of the Empire State Building in New York, as well as the earthquake-proofing  of the airport “Ataturk” in Istanbul after the earthquake in 1999.

He considers as difficult moment in his career path, the full restoration by his company, of Ground Zero, at World Trade Center in New York, after the tragic events of 911.

It is worth noting that despite having been awarded many times in our country, his professional assistance has never been sought. Manolis Velivasakis has collaborated several times with the architect Santiago Calatrava, with a skyscraper of 150 floors in Chicago to be their latest project. Since 2014, he is the president of the World Council of Cretans, and will be, for the years 2014-2017.

For his active involvement and leadership with the Greek Orthodox Community in the USA:

-The offikion of Archon Eftaxias of the Great Church of Christ. Bestowed upon him by His All

-The Gold Medal of the Polytechnic University of Crete, 1999

-Certificate of Appreciation by the City of New York for his service at Ground Zero, 2002

contributions towards the establishment of the Crete University Press. 1998 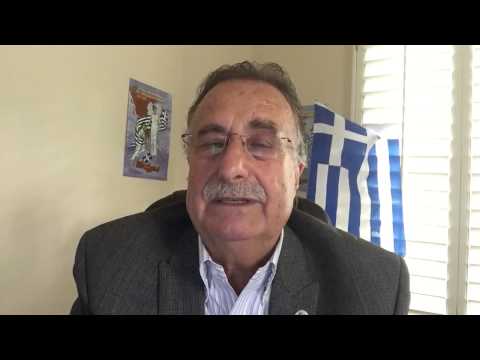