The glow of Hollywood in Apikia of Andros

Until recently, Ted and Eugenie Bafaloukos had their promising careers in Hollywood. However, following a free decision of the moment, the couple decided to put their careers on hold to relocate to the island of Andros, where they resumed doing creative work.

Eugenie Bafaloukos is an accomplished costume designer, having worked next to famous movie stars, like Julia Roberts, Susan Sarandon and Cameron Diaz.

With origins in Andros, Ted Bafaloukos directed the feature film Rockers in 1978. They first visited the island 15 years ago. “Shall we stay here forever?”, Eugenie’s later impulsive idea motivated Ted to give a quick affirmative and intuitive response. The couple relocated to a beautiful village cottage on the island of Andros from their loft apartment at Tribeca in New York. Currently, both experienced professionals serve the Theatre Club of Andros, staging theatre productions with Apikia’s amateur actors.

They sometimes miss New York, as they say, but they have no second thoughts about their decision to live on the island. Life has fulfilled their dreams, they say and admit that they have always been lucky in getting the chance to make their own decisions. 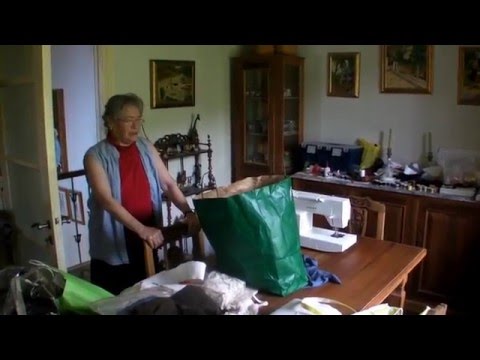