The Greek American who invests all his “energy” in Greece

George Sakellaris excels in the field of green energy in America for many years, is the billionaire who never forgets his place and proves it in practice through a huge investment .Last week, Mr. Sakellaris was present at the inauguration and start of commercial operation of the new wind farm in Kefalonia. The project, which consists of 4 wind turbines and has a capacity of 9.2 MW, was implemented in record time by Ameresco – whose CEO is its founder, G. Sakellaris – and RESINVEST, on behalf of DEH Renewables.

He has founded four pioneering energy service companies and has managed to stay on top of solving America’s most difficult energy issues through renewable energy and energy efficiency. He is the President and CEO of Ameresco.

The journey of his life began in 1947 from Laconia and specifically from  Bassara in Laconia where he was born.

When he left the village at the age of 18 and arrived in Maine in the United States to study, George Sakellaris was shocked by climate change. He left a place that “snows once in ten years”, in a place that “thaws”. The shock was so great that he often wondered “what am I doing here?” and many times he thought of giving up his studies and returning to his homeland. 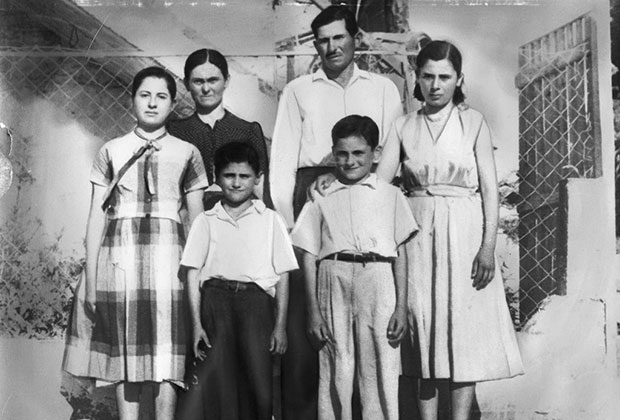 It was in 1965 that he began his studies in the USA with little knowledge of English. It was very difficult in those years and it was not “just the fault of the … cold climate as he said. He lived with his relatives, working in a mini market and in a family restaurant as a cook, up to 16 hours a day! “In the first half,” he admitted, “I was seriously thinking about returning. “But I said no, I came here to get an education and I did it,” he said in an interview.

He has been awarded several business innovation awards, while he was a founding member of the National Association of Energy Service Companies (NAESCO) and his CV also lists his proposal to the Electricity Research Institute for the development of management programs, which were implemented.

His studies, however, opened his horizons and helped him understand the American way of thinking. His first job was at New England Electric, where he climbed rapidly, until an incident that tested his professional and moral integrity “forced” him to seek his fortune alone. His first business venture led him to create two of North America’s most successful independent energy companies. 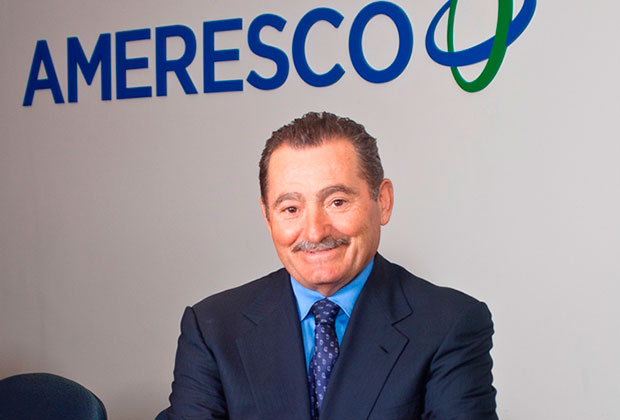 “First Noresco and then Ameresco,” he said, “the company I founded and run today and which is listed on the NYSE.” The idea is simple as well as intelligent: Ameresco comes to your factory or business in general, and devises a plan based on which you save up to 30% of the energy used, thus saving huge amounts of money. He says, however, that apart from the innovation that his company brought, the “key” to his success was his dedication to ethics and hard work, values ​​that he brought with him from his particular homeland.

Ameresco, headquartered in Framingham, Massachusetts, has 900 employees in 66 offices across North America. It is the largest independent energy solution provider in North America and through innovative systems and technologies gives each customer customized solutions.

It was not until 1979 that George Sakellaris began his campaign to conserve energy. He founded NEES Energy SA, a subsidiary of New England Electric Corporation, and served as President of the company until 1990. He later chaired Noresco, an energy conservation company serving municipalities, traffic services, school districts and hospitals. He was President of Noresco and CEO until 2000, when he left to start Ameresco. He has also founded and continues to serve as President, President and CEO of two companies in India that focus on renewable energy production.

In 2005, Ameresco was ranked 99th in Inc magazine’s list of the top 500 companies. This list reflects the annual ranking of the fastest growing private companies in the United States. In 2011 it was listed in the Forbes 100, as one of the best small companies in America. He is also a member of the Clinton Climate Initiative, which aims to help the world’s largest cities reduce energy demand and costs at their facilities.

He is a founding member of the National Association of Energy Services Companies (NAESCO). The expatriate newspaper “The National Herald” included him in its special edition with the 50 richest Greeks in America for 2013.

Today,at the age of 74, Sakellaris returns to Greece, to the homeland he loved and loves to a point of … obsession to stay. Certainly not as he thought then. Today, as a “hall of famer” of energy in the USA, as owner and head of one of the strongest (if not the strongest) mid-cap listed companies on Wall Street, an energy that revolutionized the American and not only industry, the multinational Ameresco colossus. George Sakellaris has returned as an investor to his homeland and intends to lead the race for green energy.

The fact is that the American multinational giant Sakellaris came to stay. After the project in Kefalonia, he will “chase” new projects in Greece, taking advantage of his deep experience in RES and the innovative solutions he has to offer in the green transition, energy saving and radical technologies. The situation, after all, is ideal, as only PPC Renewables “runs” projects worth 300MW, in the fight for the development of RES, reduction of energy costs and independence from fossil fuels, while much of the 110 billion euros that will be leveraged in the country by the tools of the Recovery Fund and other financial instruments will be directed to investments in green energy.

And, in an unexpected way, Sakellaris, this kid who did not know if he wanted to stay in the US to study or return to Greece, plays a key role in the investment rally in which the US further strengthens its relationship with Greece.

In the mind of the Greek businessman all this “runs” for several years since even in the crisis that Greece was going through, he was looking for ways to invest in the country, it was something that was openly discussed in the Greek-American community.

In 2010, Ameresco made its Wall Street debut. The company, which was already one of the leaders in the field of RES and energy economy in B. America and the United Kingdom, was enthusiastically received by investors. And it continues. The “queen” of the mid-cap, Ameresco of 1141 employees, sees its share (again) rally above $ 96 and its capitalization reach $ 5 billion.

Ameresco has more than 45 (!) Subsidiaries. And Mr. Sakellaris, as CEO of Ameresco, a US-based subsidiary based in Massachusetts and a subsidiary in Europe, leads an industry that has been involved in the energy and environmental industries for more than 30 years and has overseen, developed, implemented and manage $ 5 billion worth of energy projects.

It is the largest independent provider of energy solutions in North America (in USA / Canada) and through innovative systems and technologies offers to each customer customized solutions (energy saving, energy efficiency, development of energy systems, electricity supply, etc.).

The emerging developments in the Greek market for RES (photovoltaic, wind, biomass, etc.) with the new institutional framework that has already rekindled investment interest, to make market conditions clearer and to change the entire aid system for projects. Something that creates the conditions for the bar to rise and for Greece to succeed in attracting a barrage of investments from large companies or businessmen with the “scope” of George Sakellaris, with himself in front, of course.

The family and the passion for racing

“I have a source of inspiration for my family and I am proud of her, my wife Kathi, my daughter Christina and my son Peter, and especially my parents Areti and Pano who created me and me they helped me develop perseverance, strength of character and determination in my life to reach very high “. With these words, George Sakellaris describes himself and his passion for his family. In Massachusetts, where he lives with his wife Katerina Papoulias and their two children, everyone has to say that despite his business successes and strong personal friendships, with powerful Americans like former US President Bill Clinton and former Secretary of State , John Kerry, the couple remains simple and committed to their values. They will come to Greece at least twice a year, while in the USA they have a large charity project, supporting the local Greek Orthodox community.

Sakellaris, however, has another “passion”. The races, in which he often participates with his two boats and their crews, having won a number of international awards and other distinctions. The “Alfa Romeo III” racing sailing boat, which is the only one in the world, stands out, with which it has swept international organizations around the world.

Apart from energy, George Sakellaris has a strong interest in investing in Laconia, in the field of primary production and standardization. He never “cuts” his ties with his hometown, since he maintains a holiday home in Veria Parnonas and many of his donations to his patriots have his name.