The leading scientist of Robotics

“George” was called by the other children at school, the kid who had come to Aridea Pella from Usa. The well-known George Pappas, Professor of Electrical Engineering and Systems at the University of Pennsylvania, a leading international scientist in robot technology, is the man “behind” the organization of the largest World Robotics Conference.

George Pappas was born in New York. A child of Greek immigrants, who managed to live in the land of opportunities for the first 5 years of his life. His father was a waiter at the Waldorf-Astoria Hotel and his mother a housewife. Around the early 90’s, George, began to be enchanted by chance from an elective course, that of Technology. “Was something exotic” as he said in an interview. “In those years, the boom in telecommunications (the first mobile phones had just been released) was driving most of my classmates in that direction. “Robotics was not a highway, but a lonely path,” he said. So this was the start of a fairly long journey of George Pappas, reaching today. 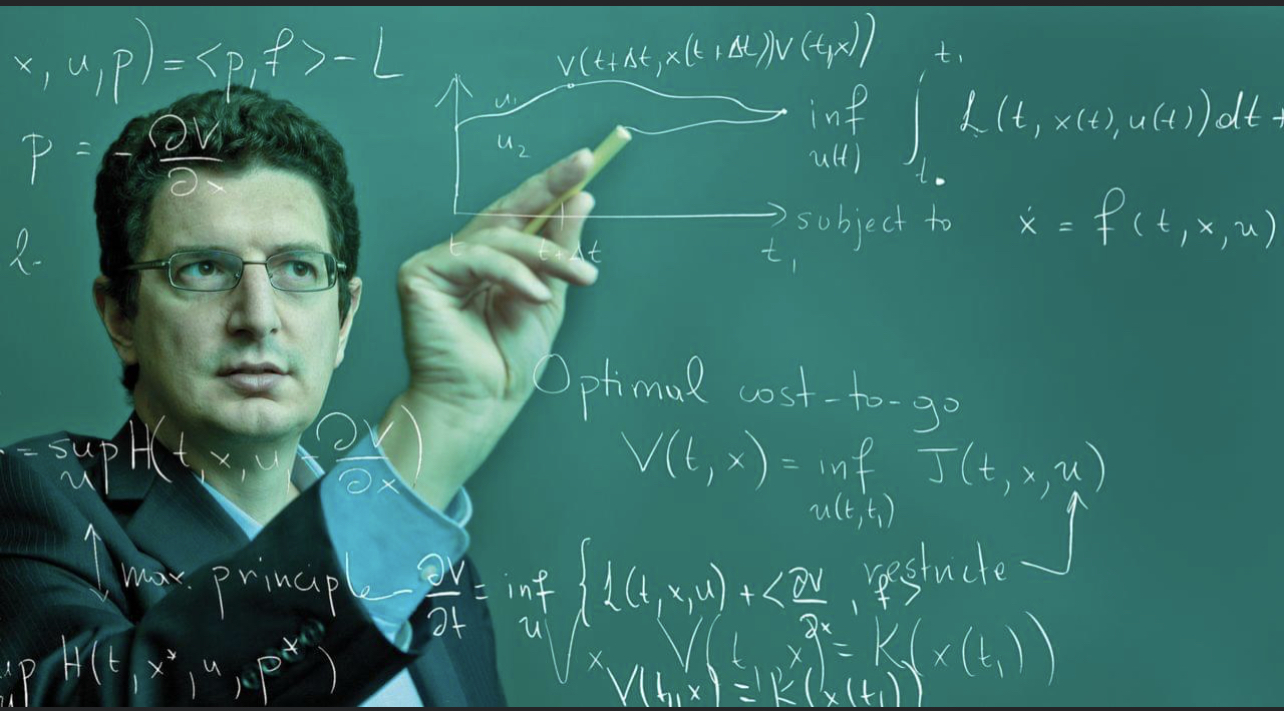 In 2020, with the outbreak of the coronavirus, Mr. Pappas’s family, living and teaching for several years at the University of Pennsylvania, decided to “immigrate” to Greece as there was an opportunity for distance learning and work. “We came for vacation in the summer of 2020. The United States was in turmoil. The president was Trump, who proposed bleach injections to patients with coronavirus, and protests over the death of George Floyd were daily. As soon as telework was introduced by our university, we stayed. It was the best decision we have ever made. We reconnected with our homeland, our daughters learned Greek better. Since 1993, when I returned for my term, I had not lived so long in Greece,” he said in an interview with Kathimerini. 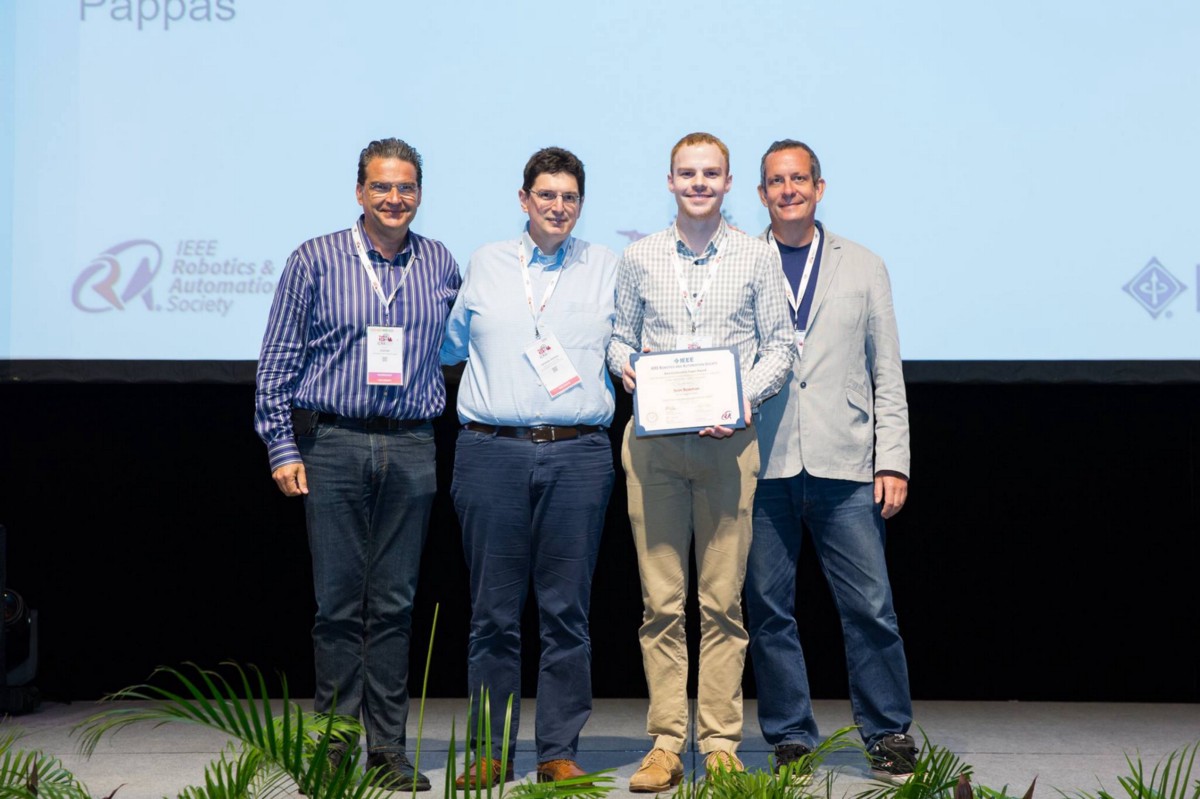 During his stay in Greece, the professor noticed some changes in the development of the digital sector in Greece and in the management of the pandemic. “Digitization is an impressive achievement. Progress in infrastructure is significant, especially in terms of telecommunications, with exception the islands that were left behind in a way. The management of the pandemic in its first phase was good and in some respects better than that of the US government, which was facing a global problem with local solutions. Perhaps this success has created in citizens the illusion that the coronavirus will be easily overcome.

The triumph provoked complacency. “What bothered me the most, because I am involved in computational epidemiology as an amateur, was the lack of public data on the epidemiological situation. As is the case in all developed countries, I expected to have information at my disposal so that both as a scientist I could see if I could help, and as a parent to decide how to protect my family,” he said in an interview.

To the question whether the inability of the Greek system not to provide sufficient information to the citizens or expediency is inherent, he answers:

“EODY gives some epidemiological-statistical data every day, but it is incomplete and mainly quantitative; . Why; Perhaps because there is a tendency to control the narrative of pandemic management. I will stick to this comment he has typically said in an interview. 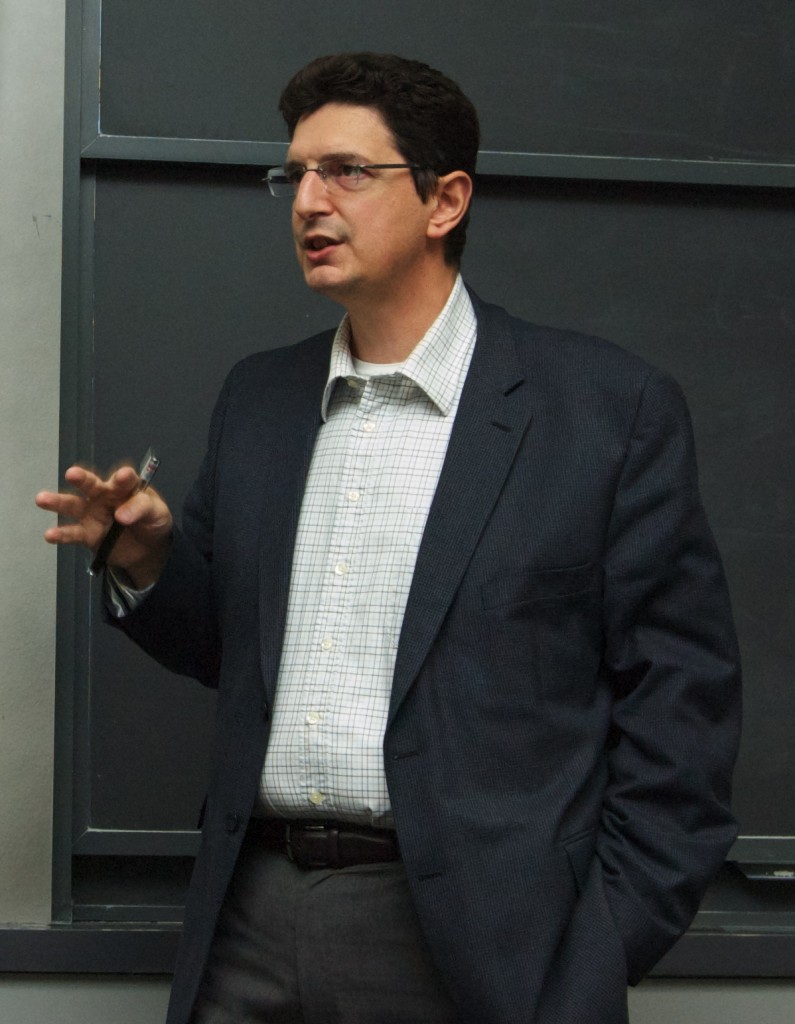 Mr. Pappas, wanted to give and promote his ideas to the government, and so he created a report and handed it over. In robotics, as in other scientific fields, the intention is to have a greater connection between scientific research and its imprint on the Greek economy and society.

“Although very good research is being done in our country, this does not translate into new companies, new jobs or the use of robots by private companies or public organizations. There is therefore a need for a long-term national strategy for robotics. Its implementation and progress should be evaluated not only on the basis of how many programs universities and research centers have, but also on the impact of research in areas of national priority. “Our proposal contains various implementation mechanisms, which have worked exceptionally well in countries such as Israel, Italy and the United States,” said the professor.

Mr. Pappas explains how much the flourishing of robotics in Greece will help, saying the following: “National security is a place where aerial robots are an indisputable need. By “national security” I mean environmental surveillance, immediate action in the event of fire or earthquake, but also the surveillance of our borders. In addition, we can take advantage of our significant geographical advantages and focus on agricultural and marine robots, as well as robots to be used in the emerging logistics sector. In these areas, Greece can lead the way in research and innovation. ”

The triptych of success the professor advises is the following: a young person cannot decide for sure what he may want regarding his professional path. Consequently he has to consider the following.What he likes, what he is good at and what society and the market want. Just one is not enough. The “recipe” is difficult.  “Our career path is a road with many crossroads and in front of everyone one has to ask these questions to oneself. ”

When asked how he would “persuade” a young person to get involved in robotics, he replied: “The fourth industrial revolution has begun and is at an early stage. Robotics is its microcosm. There are many opportunities. Teams in schools and universities create a wonderful culture of innovation in high-tech technologies. Robotics is an ideal way to introduce young people to both innovation and entrepreneurship. “ But the main thing that it supports is the treatment of the Universities towards the young people who should be taught not only how to think of an idea but also how to implement it. “From thinkers to fingers” as Professor George Pappas has said.

But for many, robotics are uncharted territory, that’s why the Greek scientist explains: “The term is largely misunderstood. Usually when we talk about robotics we are referring to a mechanical system – car, arm, drone, etc. – with sensors and artificial intelligence control mechanisms, which works autonomously, sees what is happening in its environment and makes decisions. Decisions are mainly about motion. Year after year, robots see better, in the future they will be able to make better decisions as well. Over the last decade, tremendous progress has been made in motor vehicles as well. My own laboratory deals with this technology “.

Asked if he would put his daughters in a motor vehicle, he replied: “I would but my daughters would not. Despite the impressive progress that has been made, it remains difficult for a robot to think about all the possible combinations of problems that may arise on a city road. Thanks to technology we can be 99.9% sure that nothing bad will happen. This is enough for many applications, but not for an urban environment and for conditions where there will be a risk to the lives of citizens. The remaining 0.1%, no matter how small it sounds, it is not: it requires a lot of work and huge costs, and I can predict that it will take at least twenty years to achieve. You can not make discounts on security. “And so far autonomous cars are not as safe as those driven by humans.” 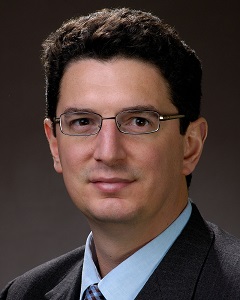 Mr. Pappas also answers the question about what today’s Greece needs to evolve: “Greek universities are exceptional in transferring knowledge to students. They do not, however, give them the ability to create and produce. They promote individuality. It is a matter of general culture. Greeks prefer to have a small space of their own, even if it is closed for reasons of excellence, than to build together with others. But collective work, leads us to bigger ideas. Robotics offers just that, because it needs partnerships. It is like students creating small startups during their studies. See the case of Elon Musk, a graduate of our university. It has revolutionized both aerospace and Tesla. It represents the ideal of the American innovator. Greece needs its own Elon Musk; people with great ideas, ambitions and vision, who dream of changing the world. However, it doesn’t exist the appropriate ecosystem that will help them. “ 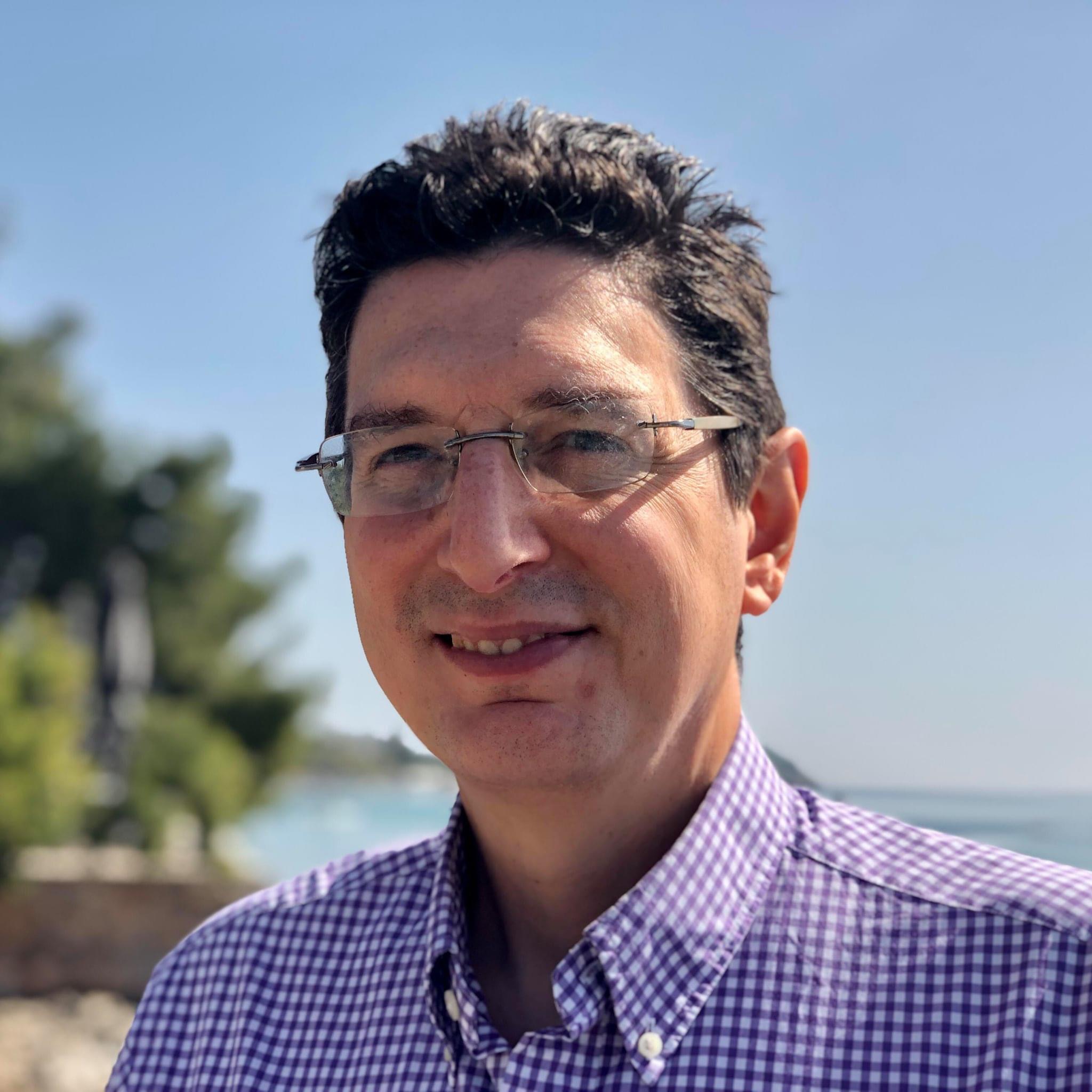 The conference organized by the Greek professor will take place in May in Philadelphia, USA, with the participation of 5,000 delegates and 200 companies. Also, Mr. Pappas was the head of the team of scientists from the Diaspora, collaborators of the newly established Hellenic Center for Advanced Studies (HIAS), which prepared a study on how robotics will be developed in our country. Their proposals were submitted to the Prime Minister and the National Council for Research, Technology and Innovation. They met at the end of the summer, shortly before George Pappas, the wife of Anna Papafrangos, also a professor of Linguistics at the University of Pennsylvania, and their two daughters return to the United States, after a year spent in our country as digital nomads. .