A genius and one of the brightest minds in the world

Konstantinos Daskalakis, an assistant professor at MIT, is the scientist who solved within a year Nash’s “riddle” (John Forbes Nash), the equation all mathematicians around the world had been trying to solve for 60 years without success. For his thesis, he has been honored by the International Game Theory Union, with the IT & Game Theory award.

Konstantinos Daskalakis was born in 1981 in Athens, where he grew up. His parents came to Athens from Crete. They were Both teachers. His father was a mathematician and his mother a philologist – a fact which attracted his interest for both mathematical and theoretical sciences. Through, when he discovered his father’s textbooks in the library, it seemed that a new and special world unfolded before him.

The unanswered scientific question was in John Nash’s publication on 1950 where it states that in complex economic systems one can not calculate the equilibrium point – not even approximately, For this publication John Nash won the 1994 Nobel Prize in Economics.

Konstantinos Daskalakis worked with his Professors, Christos Papadimitriou from the University of Berkeley and Professor Paul Goldberg from the University of Liverpool, and challenged the notorious «Nash equilibrium» as a whole, something which was the prime forecasting tool for Economists for sixty years. In his doctoral thesis on the Nash theorem, he traced computationally obstacles to the applicability of Nash equilibrium and showed the need for new, more realistic balance concepts.

As he stated in an interview, the solution to the puzzle came somewhat randomly “Whatever you do, there’s always the factor of luck, though it’s in a small percentage. I came up with one piece of evidence for Nash’s “riddle”, while at home when my computer had crashed and I was waiting for it to restart. If the computer was working, the whole topic may not have progressed at all. Also, from a moment on, we knew we would solve it. We felt the absolute awe of what could happen. I felt that I came in contact with a harmony in the universe”.

In an interview with Vice, Konstantinos Daskalakis, when asked if he has measured his IQ, replied that he hasn’t. “No, never. It has no value. What is IQ? An indicator, a simple number. It says nothing about a scientist – what really counts is the footprint that one leaves in the world through his work and research. Otherwise, what is the use of high intelligence?”.

Today, the Greek scientist is a professor of Computer Science at MIT, and his research focuses on theoretical computer science and interfaces with Economics, Statistics and Artificial Intelligence. 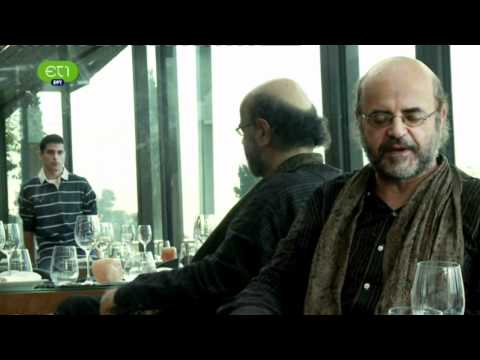