She was born on April 8, 1996, in Drama, daughter of Tasos Korakakis, an athlete and then a member of the national team. Initially, she showed interest in the track before she ended up shooting, and this transition was due to her own health problems, which prevented her from continuing to engage in strenuous physical exercise. 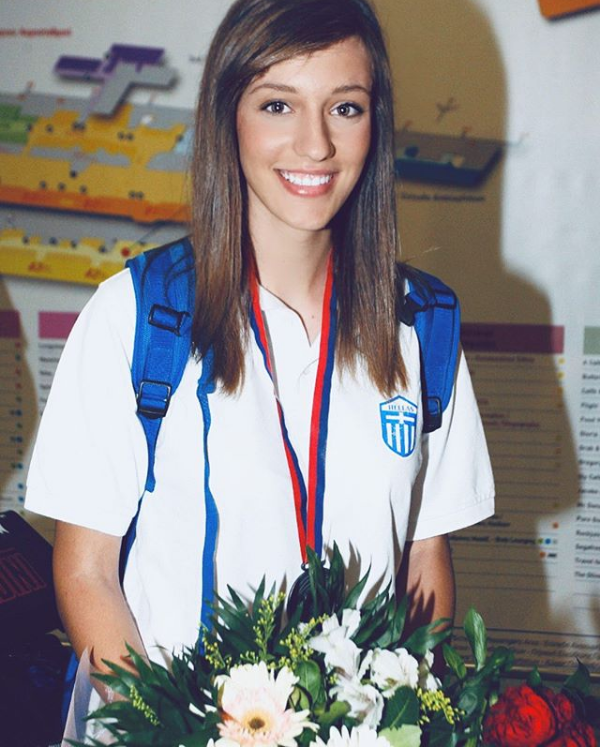 From an early age, she watched her father exercise in the shooting range, but she had never been fascinated enough by the sport to try it. But at the urging of her father and the first shots, she discovered an inexplicable familiarity with the pistol.

The first workouts were very encouraging for both her and her father, making both of them excited about the idea and Anna started training. From the very first race, 12-13 years old, she was doing very well, with her numbers being high and improving as she worked geometrically. She was fascinated by the first successes, as she has said, and began to love the sport. 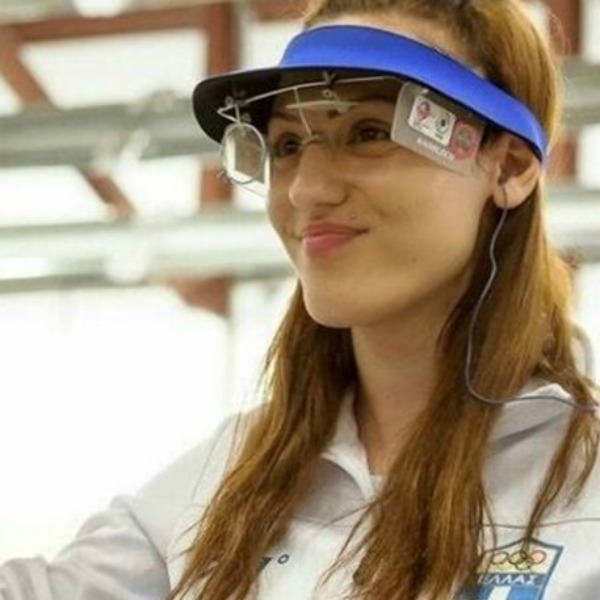 In 2011, she won the silver medal at the European Shooting Championship in Belgrade, while winning 1st place in the Junior category and 3rd place in the Women’s category, facing some of the biggest names in World Shooting, such as the Olympic Champion Yasna Sekarich.

In 2013, she won 7th place at the Danish European Championship and the same place at the Turkish Mediterranean Games in the women’s category.

In 2014, at the European Shooting Championship, she won 1st place by breaking the world record and, in the same year, won 3rd place in the air pistol. She also won the bronze medal and 4th place at the Youth Olympic Games in Nanjing at the 14th World Granada Championship.

The following year, the successes peaked after winning 5th place at the European Air Gun Shooting Championships in the junior category at Arnhem in the Netherlands, 2nd place in the World Cup final in Munich, Germany, and 4th place in the World Cup in Korea – but lost the medal and qualification for the Olympics for 0.1 of the point. 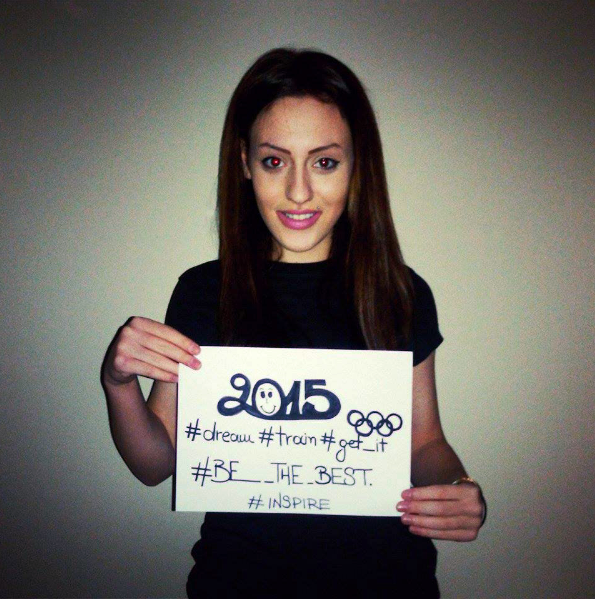 However, the then 19-year-old athlete found a way to secure a place at the Rio Olympics by winning 3rd place in the World Cup in Fort Benning, USA. In addition, in the 2015/16 season, she took first place with the Waldkirch team in the German Bundesliga Championship.

In 2016, she won 4th place in the 2016 European Air Gun Shooting Championship in the women’s category in Gyor, Hungary, 1st and 2nd place in the World Youth Cup in airgun and pistol, respectively, in Zul, Germany, as well as 2nd place at the airgun and the pistol at the Baku Youth World Cup in Azerbaijan. 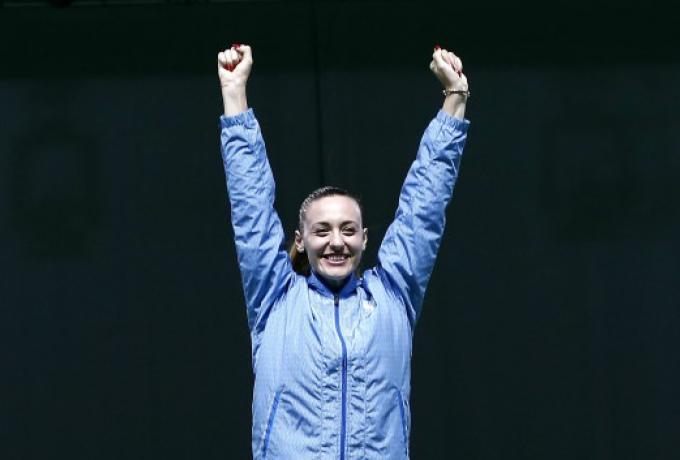 At the age of 20, Anna Korakaki made history for Greece with 2 Olympic medals in the same event – the last athlete to do so was Tsiklitiras at the Olympic Games in 1912.

“Emotions are indescribable, I hope there will be a similar continuity for the Greek mission,” said Anna Korakaki with the bronze medal of the air pistol around her neck. “If my life allows me to continue shooting at this level, I would like to go to 7-8 Olympics.” 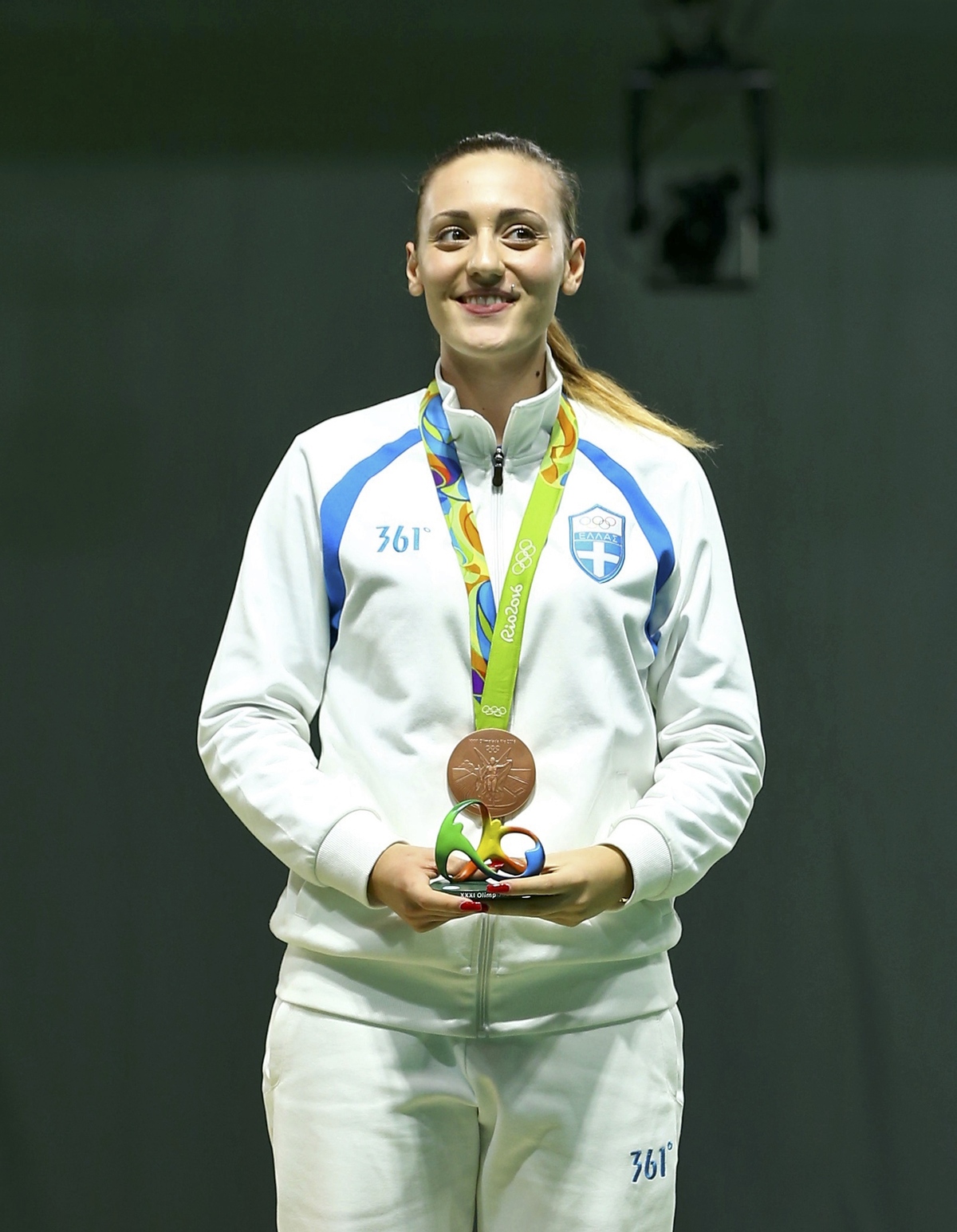 The first medal for our country in this sport came after almost a century and specifically from 1920, when the Olympic team won the silver medal, in the automatic pistol of 30 meters.

On the day of the gold medal, since the beginning, she had shown that she had tremendous confidence, even when in the second half of the qualifiers, in the fast shot, she had the composure to turn the match around. Her appearance in the semifinals and finals was impressive and although she was anxious when she was ahead 6-0 and the German tied at 6-6, she found composure in the 7th round to win the medal in the last shot. 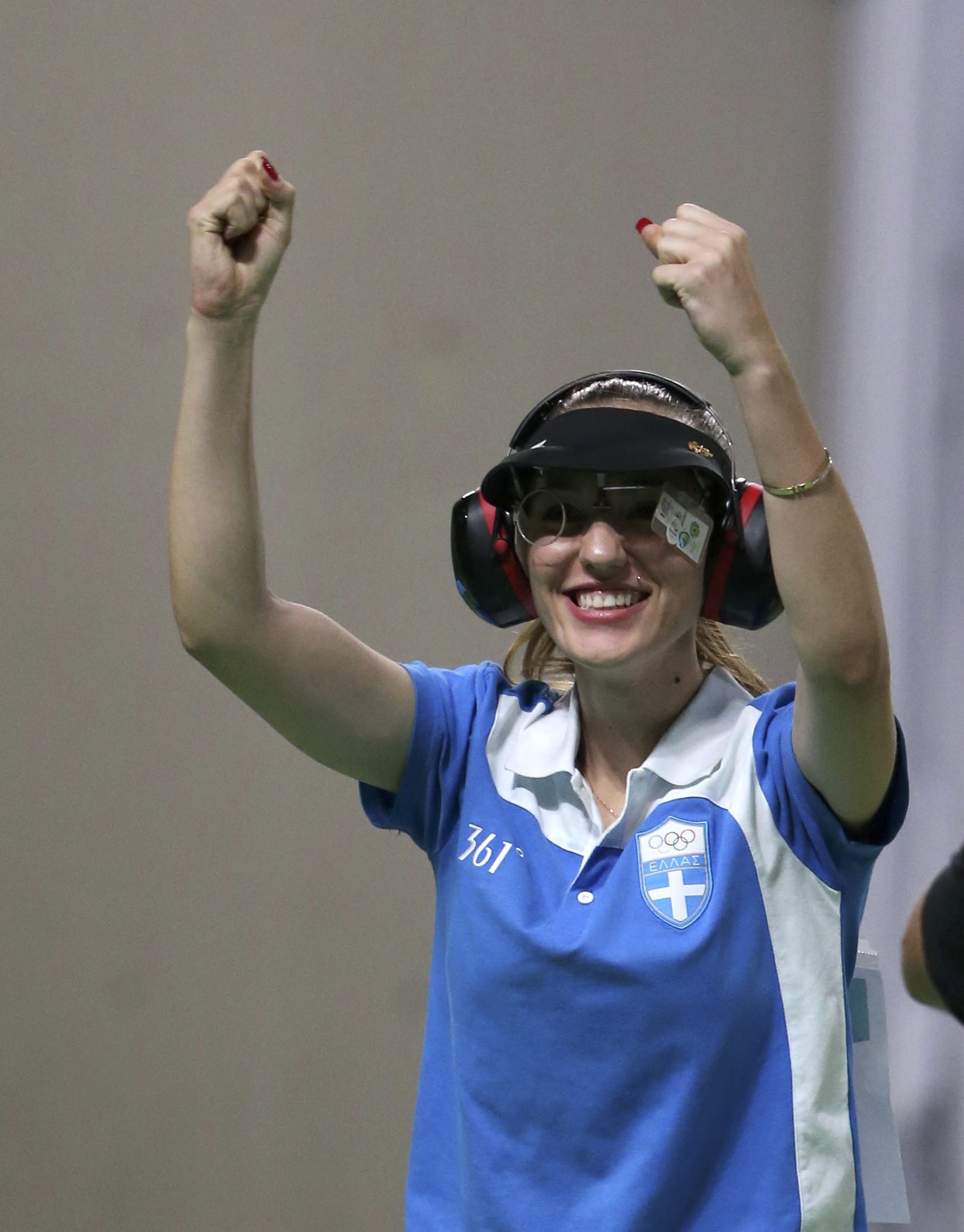 At the time of the award ceremony, Anna Korakaki cried, because as she said, all the difficulties she went through came to her mind, together with her father and coach Tasos Korakaki, who hurried to hug her.

“I have been working on it in my mind for a long time, it was a race like any other, I didn’t start well, but then I was calm. I dedicate the medal to my father and coach and to the rest of my family. “

The Olympic gold medalist was named “Athlete of the Year” for 2016 by the World Shooting Federation. In the ISSF vote, which is attended by coaches, athletes and journalists, Korakaki managed to garner the most votes and win the title.

Apparently excited, Korakaki told the official ISSF website that “I am happy for this award. I am honored to be given this title by the coaches, athletes and representatives of the press. I want to thank them all. “ 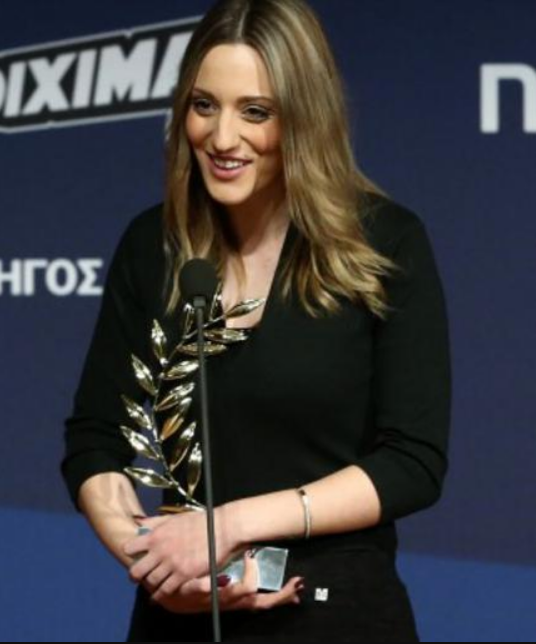 In 2017, she won another major award at the World Cup in Munich, winning first place and another gold medal, with a 10-meter air pistol.

The following year, the young athlete won three medals at the World Shooting Cup in the United States, however, what mattered particular importance to her the one they won with her Dionysis at the mixed air pistol competition. The Greek athlete was very excited that went up to the podium with her brother, as it was seen from the comment that accompanied the photo from the awarding of the medals. 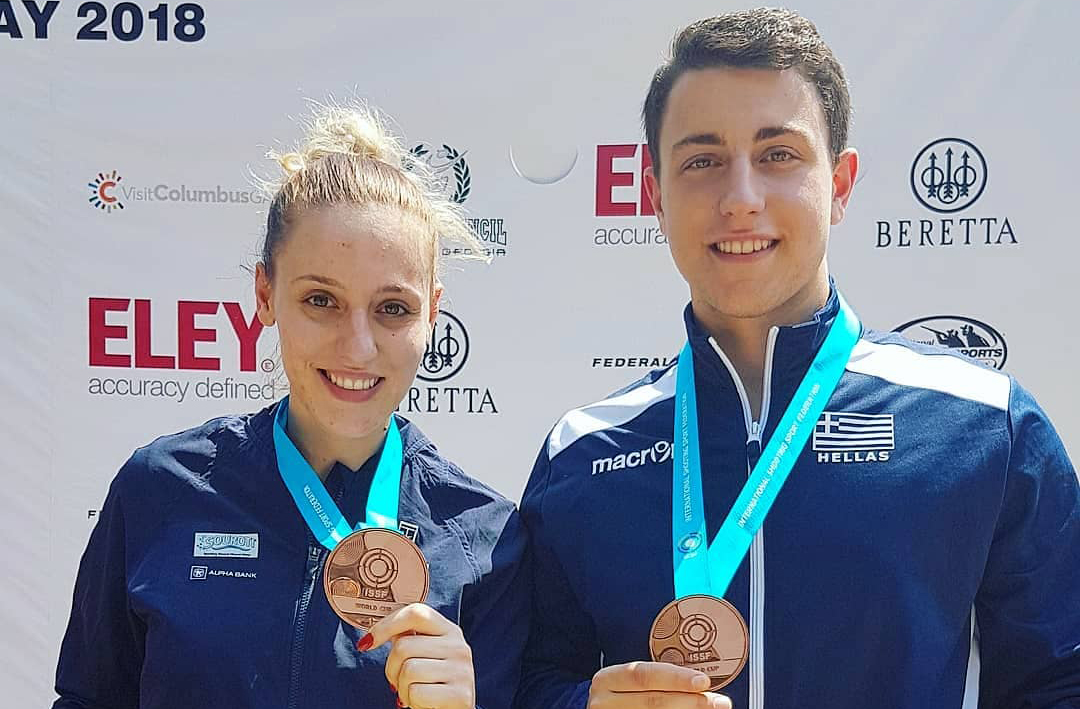 Specifically, Anna Korakaki wrote: “I have no more words… no more games! A few hours ago we won the bronze medal in the mixed with my star @dionisis_korakakis! This medal is historic, as we were informed – soon and officially – by the World Federation that we are the first brothers in the history of the sport in the world to have achieved such a thing! “

Also, in 2018, she won the gold medal at the World Shooting Championships in Changwon, South Korea, while securing a ticket to the Tokyo Olympics in 2020. She became world champion with a score of 241.1, leaving Serbian opponent, Zorana Arunovic, in second place.

As she admitted in an interview: “I am speechless. It’s a great day for me. I won this title in my first attempt. I feel great about this victory. This means that I can now take a break before I start preparing for the Olympics. I have two more years until I go and I will have to recharge my batteries after this championship “.

In June 2019, Anna Korakaki won first place in the women’s 25m air pistol at the 2nd European Games in Minsk, shortly after winning the silver medal in the 10m in the 25m final with 35m. (+3) shots. A few months later, she won the first place in the Grand Prix of Belgrade, at the same time equaling her own world record with a performance of 587/600.

The world shooting champion became “golden” once again, this time in Germany and the International Cup of air pistol, which is held in Munich. The Greek athlete won the gold medal in the 10m air pistol and the top of the podium.

The 2020 racing year began with a gold medal, as she took part in a Grand Prix in Kuwait and, despite adverse conditions, climbed to the top of the podium in the 10m air pistol. 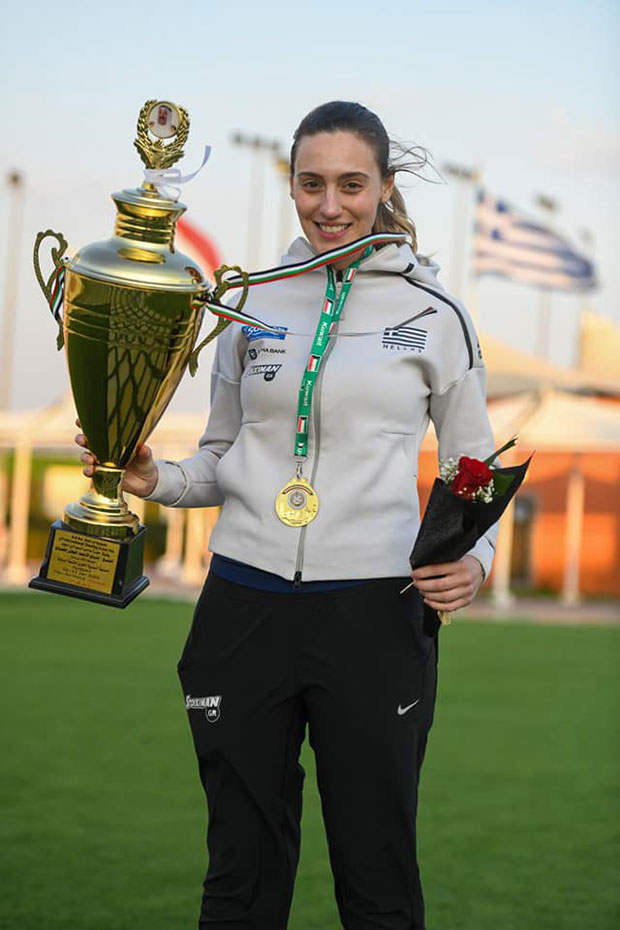 The EOE Plenary Session accepted the recommendation of the Torch Relay Committee and so for the first time in history, a woman was the first to bring the Olympic Light, immediately after its birth, to the hands of the Priestess Xanthi Georgiou.

In addition to her successful career in her favorite sport, Anna Korakaki is also a student at the Department of Special Education of the University of Macedonia. She is also a member of the Orion shooting group in Thessaloniki. She likes to share her daily life through social media, posting photos from her travels, walks, friends.