The painter Maria Filopoulou, expresses herself through representational painting, deepens using realistic colors, while her works are dominated by bright colors, highlighting the western way of painting. The colors, the bright light and the space, create “small paradises” as she has called them, giving a “bright” side of things.

Maria Filopoulou was born in 1964 in Athens, graduated from the Hellenic French School “Ursulines” and then studied painting at the école Nationale Supérieure des Beaux-Arts in Paris, under the tutelage of Leonardo Cremonini from 1984-1988. He did postgraduate studies at the same school, with a scholarship from the French government, during the period 1988-9 (lithography with teacher Abraham Hadad).

During the period of her student works, she deals with the closed spaces. “I was working in the workshop in a corner with a crate in front of me to have a secluded nest and I was looking at a window, looking for the light. This work and some other works that I had done the first year I returned to Greece I showed in my first exhibition in 1990 at the Ora gallery of Asadur Baharian who trusted me. Then I settled in a workshop at Larissa station, a wonderful neoclassical building with a lot of light, and that’s where the color came into my painting, “she said in an interview. 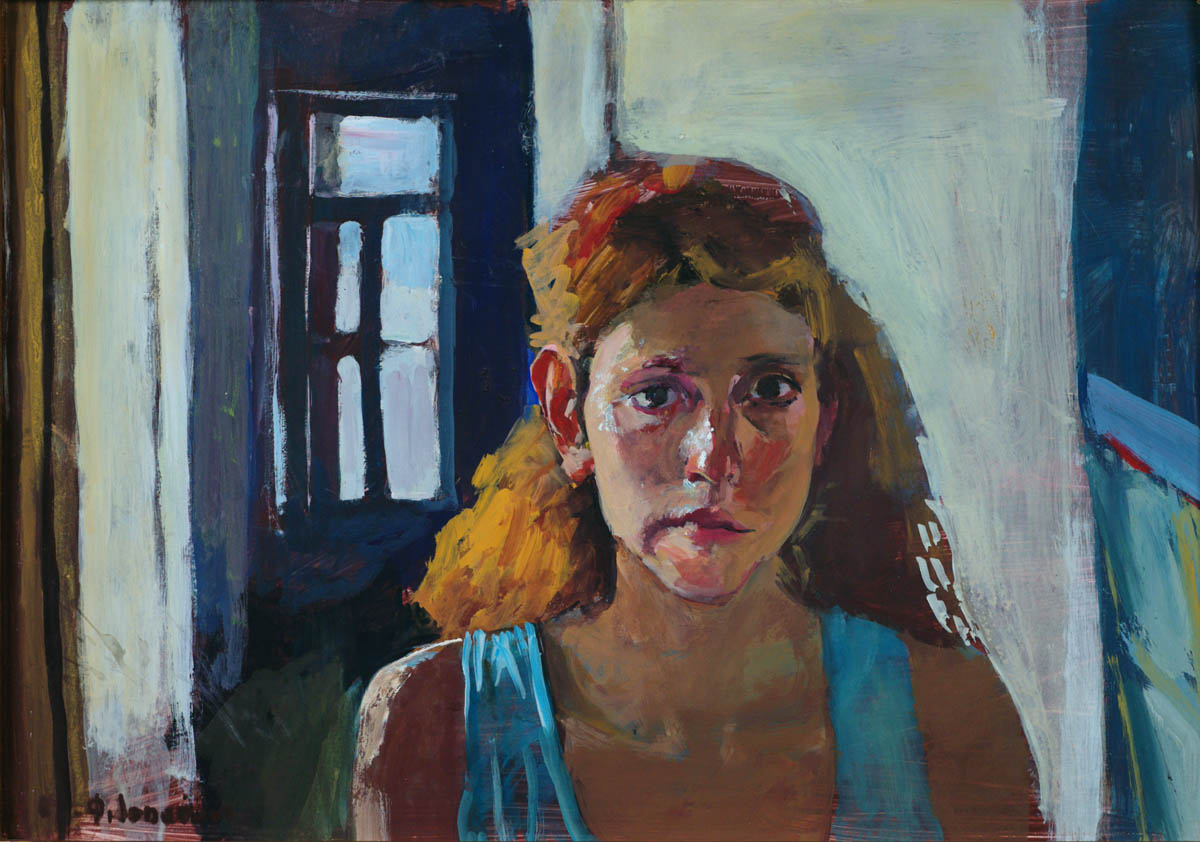 Painting instinctively emerged in her life, although she painted from an early age, her talent stood out in the school of architecture. From there, by chance, they urged her to go to Fine Arts. “Eventually, I entered a workshop on Fine Arts and never came out again. I’ve always loved seeing the work of either older or more modern artists. I took advantage of the fact that I lived in Paris and often went to museums. I remember these visits as an additional teacher, she said in an interview. “

Her first exhibition was in Greece in 1990, a year later she began exhibiting her paints abroad, starting in Paris. She continued with exhibitions in London, Paris, New York, Beijing, Melbourne, Istanbul, etc. Istanbul is an important place for the painter since her works from all periods of her career are exhibited there, with the main part being the works she created in Pamukkale, an area located on the coast of Turkey. A  place with natural waters that she loved very much, an ancient pool with swimmers, oleanders and many ancient in the seabed.

Her paints, the element of light is strongly discernible, the way she shows off the swimmers’ bodies and the feeling she leaves to the viewer gives a feeling of joy. The appearance of the seabed is extremely realistic, transferring the mind directly to the world of the artist.

Her return to Greece also marked her return to color and light. “In Paris, I couldn’t finish my work due to lack of natural light. Here I found the right ground for my obsession. What I like about our country is the light! That’s why I chose to live here, despite the problems. However, some details in my paintings are darker, such as various parts of the seabed. Swimmers usually light up there more,“ she said in an interview.

Her works are in the National Gallery of Athens, in the Greek Parliament, in the Bank of Greece, in the collection of the Goulandris Museum, in the Frysira Museum, in the Kouvoutsaki Gallery, in the Feliou Collection, in the Antonis & Azia Collection in My Hatziioannou and other collections. and abroad. 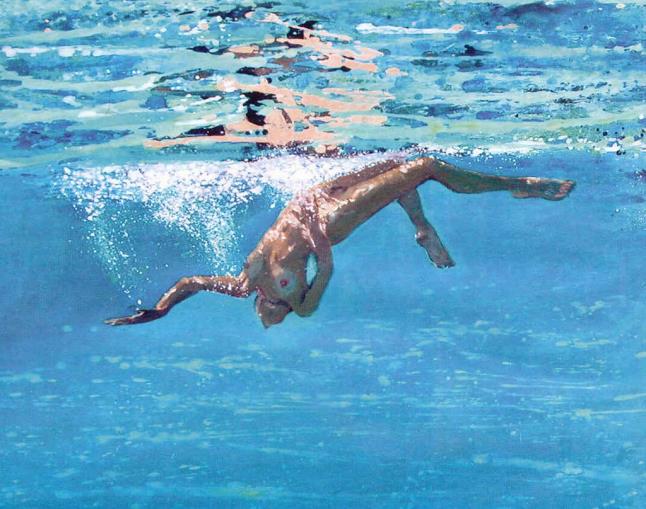 Her work is dominated by the axes of light, color and space and she confesses that her painting offers the opportunity to create “personal paradises”. a feeling of release and fullness. The sunshine of her mind makes “antidotes” using nature and its wonders.

She analyzes the creative process that followed her work from natural observation in the countryside, to the necessity of photography, memory and model in the laboratory. He explains how the way was opened for the creation of great works with themes from nature, which for her is an inexhaustible source of inspiration. Expressing her belief that the Sotiri Feliou Collection supports documentary painting, she comments on her work Flow, analyzing the relationships between water, rock, flow, human body and light, mainly areas of interest for her painting.