The collector who makes Greek art known to the world

Sotiris Felios is a lawyer and collector of works of art with more than a thousand works by Greek artists. Greek art, through his collections, has traveled the world and has been admired by Greek and foreign art lovers.

He was born in 1951, in Tripoli, having zero contact with art. He attended one of the best schools in the country, the Pedagogical Academy, university level, which gave him the background to complete high school and move to Law University in Athens. 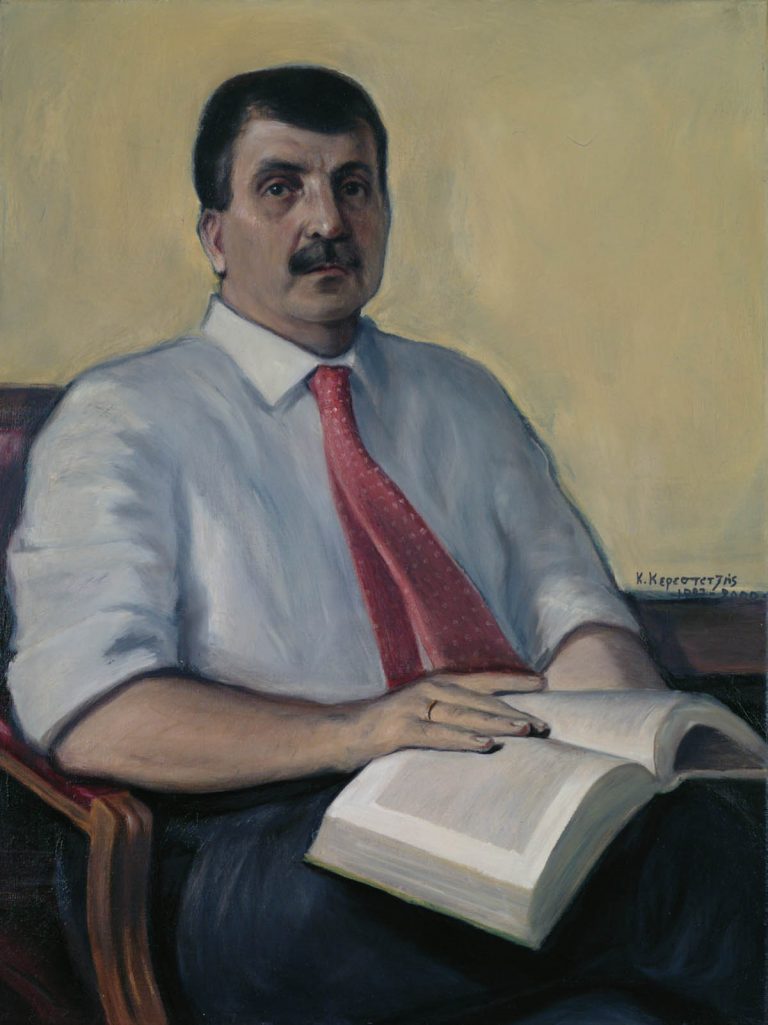 He chose this school because, as he says, “I think we all carry a sense of justice to a greater or lesser degree.” The lawyer, for Sotiris Felios, is a defender, he enters half a step in front of the citizen and says: “I am here”. Although he had not done this analysis then, he ended up connecting it to there. He did not see Law as a profession, perhaps because he knew there was money in his family, or perhaps because he considered it a social elevator to leave Tripoli, he admits.

Arriving in Athens in 1969, he became one of the 42 law students who had appealed to the Court of First Instance in ’72, and applied for an administration appointment to hold free elections at the university. In February ’73, he was arrested, expelled from Law School and enlisted. After the Metapolitism, he returned to the university, finished his studies quickly and left for Paris. 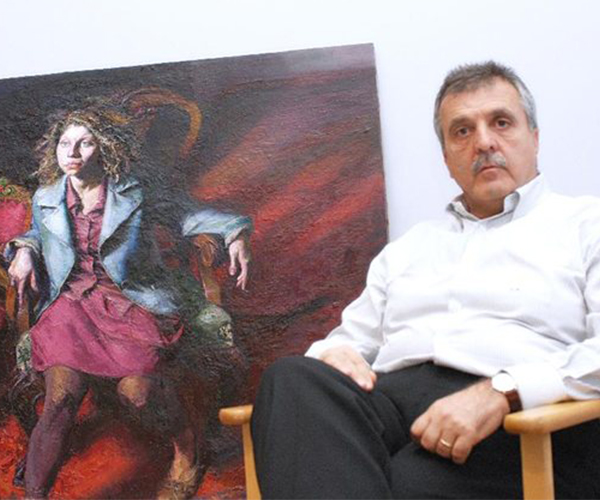 Art entered his life through a Fine-Arts girl who he was then going out with. “She started taking me to the gallery after gallery, so my eyes started working,” he’s said.

In the ’70s, he met the first work that impressed him, one of Chronis Botsoglou, while in the mid-’90s, he found himself drinking wine with the artist in his studio. The collector, asking him what he was doing at the time, discovered 28 paintings, “Nekyia”. 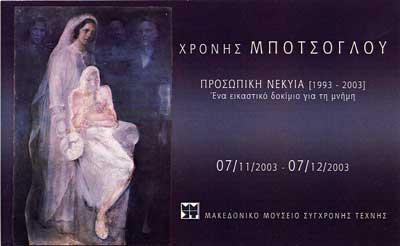 “In one painting he had painted his mother coming out of a Singer machine. I tell him “This reminds me of the descent of Odysseus to Hades who sees his mother and goes to hug her and his hands pass through her”. He replies, “That’s what I had in mind when I did it.” I tell him, “It’s a work of art. Can I have it? ” “Take it.” I kiss him crosswise, I go out and the sun weighs on me and I monologue “What did you say, did you ask how much they cost?” says Sotiris Felios. From the way he’s captured by a work of art, he understands that it works as a unifying substance with the rest he has collected – then was the first time he thought he might have a collection.

The Sotiris Felios Collection is a private collection that began to be formed in the 1980s. The collection refers mainly to contemporary Greek performing arts and especially to painting, with the central theme being the human form. It includes more than a thousand works by Greek artists living and working in Greece (paintings, sculptures, reliefs, constructions, engravings, photographs, drawings, etc.). 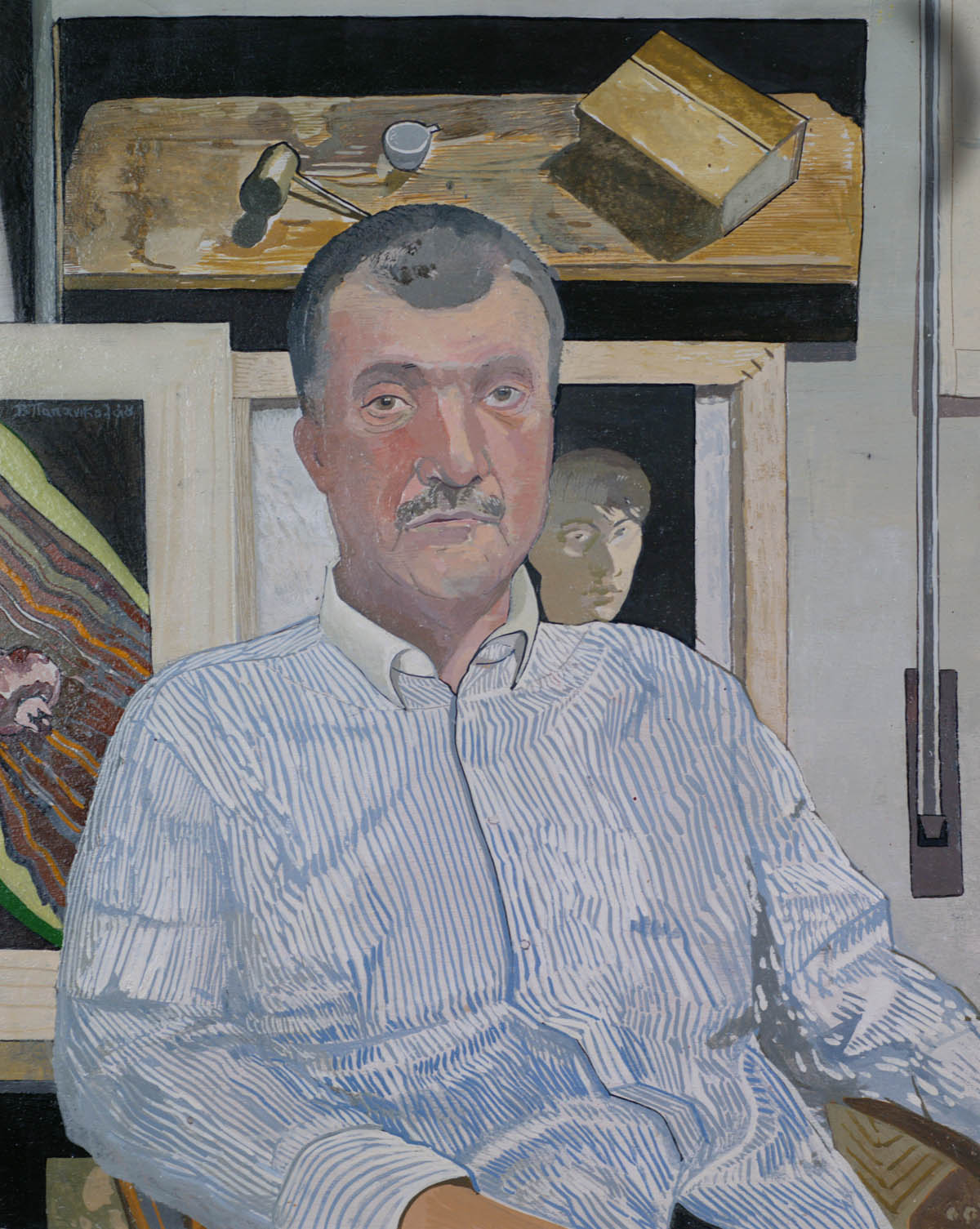 The collector in each of the works in his collection distinguished something special that is capable of traveling to places where wealth or other natural pleasures cannot, as he says. He saw in these paintings that the painters were looking for quality and the key, they went to great lengths to make “something”. “It simply came to our notice then. The soul that converses with that which is contrary to the ephemeral “.

Although he travels abroad and visits art fairs, such as the Art Basel, he does not buy foreign artists, as his mind is always on Greece. “You see, the visual arts make a circle and return to the greatness of ancient Greek art. I have a sculpture by Taki, one of the first to be made in Paris, which is purely Cycladic. I see some of Moralis’ bas-reliefs and he does the same thing.” 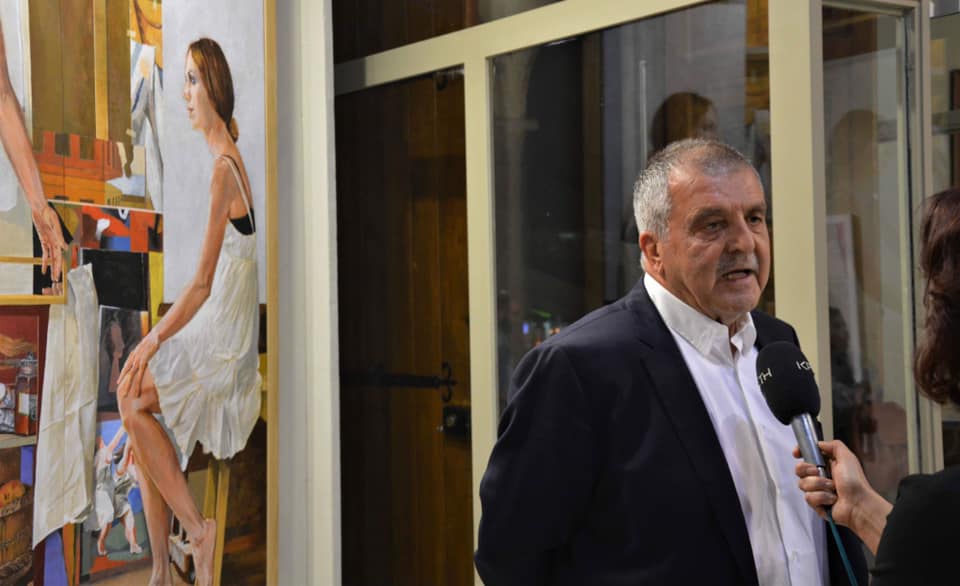 In order for his collection to become accessible to the general public, Sotiris Felios has set up the “The Other Arcadia” foundation, which undertakes the exhibition of works in the collection inside and outside Greece, the editing and publication of the respective catalogs, as well as borrowing works in museum exhibitions. The “Other Arcadia” for the collector is the vehicle that will take the collection further when he will no longer be alive. In case his daughter does not continue his work, the collection will go to the Benaki Museum.

Along with the foundation “The Other Arcadia”, Sotiris Felios created the art space 16 Fokionos Negri, which houses periodical art exhibitions, artistic events, cooperation networks, partnerships and exchanges with other organizations in the field of culture. 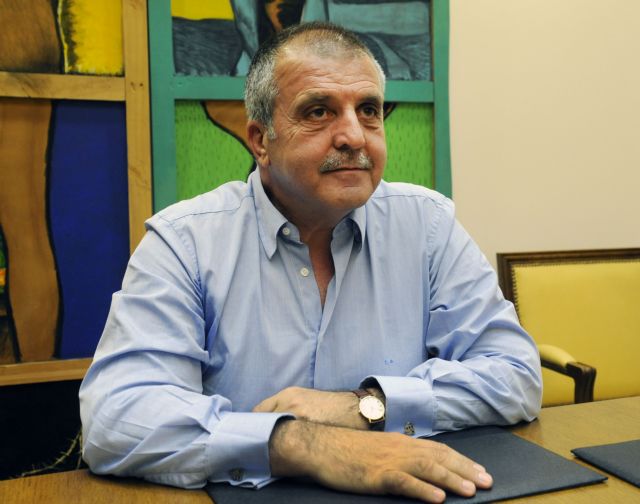 Part of the Sotiris Felios Collection has been exhibited at the Benaki Museum (2002, 2009, 2018 and 2019), at the Cultural Center of the Municipality of Nicosia (Famagusta Gate 2003), at the Macedonian Museum of Contemporary Art (Thessaloniki 2003), at the Cultural Center of Ermoupolis Municipality (Syros 2008). ), at the Sismanoglio Megaron (Istanbul 2010), at the Hellenic Institute of Byzantine and Post-Byzantine Studies in Venice (Venice 2011), at the Giorgio de Chirico Art Center (Volos 2012), at the Vitokiano Naples and Ethniki tis Ethiki (Rome 2012), in Para Commandery Gallery Spartis 2013), at the International Art Festival Re-Culture III (Skagiopoulio, Patra 2014), at the Municipal Gallery of Chania (Chania 2014), at the Municipal Gallery of Agrinio (Agrinio 2016), while individual projects are borrowed in retrospective and group exhibitions.