The Greek starring actor of the “YOU” series on Netflix

John Stamos is a versatile artist who shares his talent between acting and music. He became widely known for starring Jesse Katsopolis in ABC’s “Full House” series, and recently starred in Netflix’s “You” series as the protagonist’s psychologist. She sings with the band “The Beach Boys” and produces television series and films.

He was born on August 19, 1963 in California, United States. His father, William Stamos, is of Greek descent, and specifically from Tripolis Greece, his mother, Loretta Stamos, is of Anglo-Irish descent. Leaving Greece, in the US they started their new life by turning the adjective Stamatopoulos into Stamos – shorter, louder, more “American”. 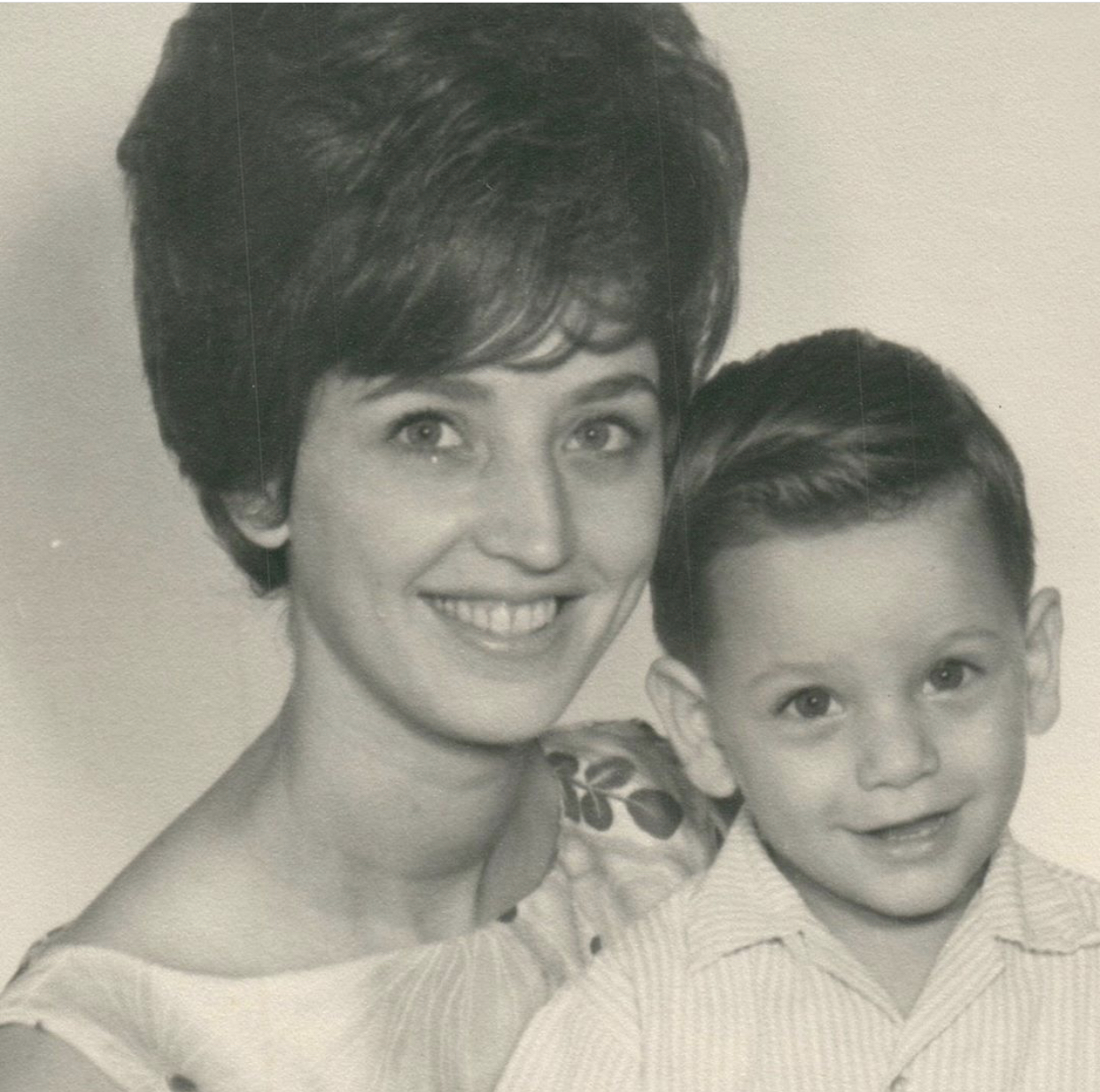 Stamos’s father was a restaurateur, while his mother worked as a model. In his youth, John Stamos worked for his father’s restaurants, flipping burgers in the Orange County area. At the age of 18, he decided he wanted to become an actor and with the support of his father he refrained from enrolling at Cypress University. At that time he was a big fan of the legendary band “The Beach Boys” watching their concerts at every opportunity wishing for some time to get to know them. Stamos’ luck and talent made him a member of the band a few years later giving concerts to this day. 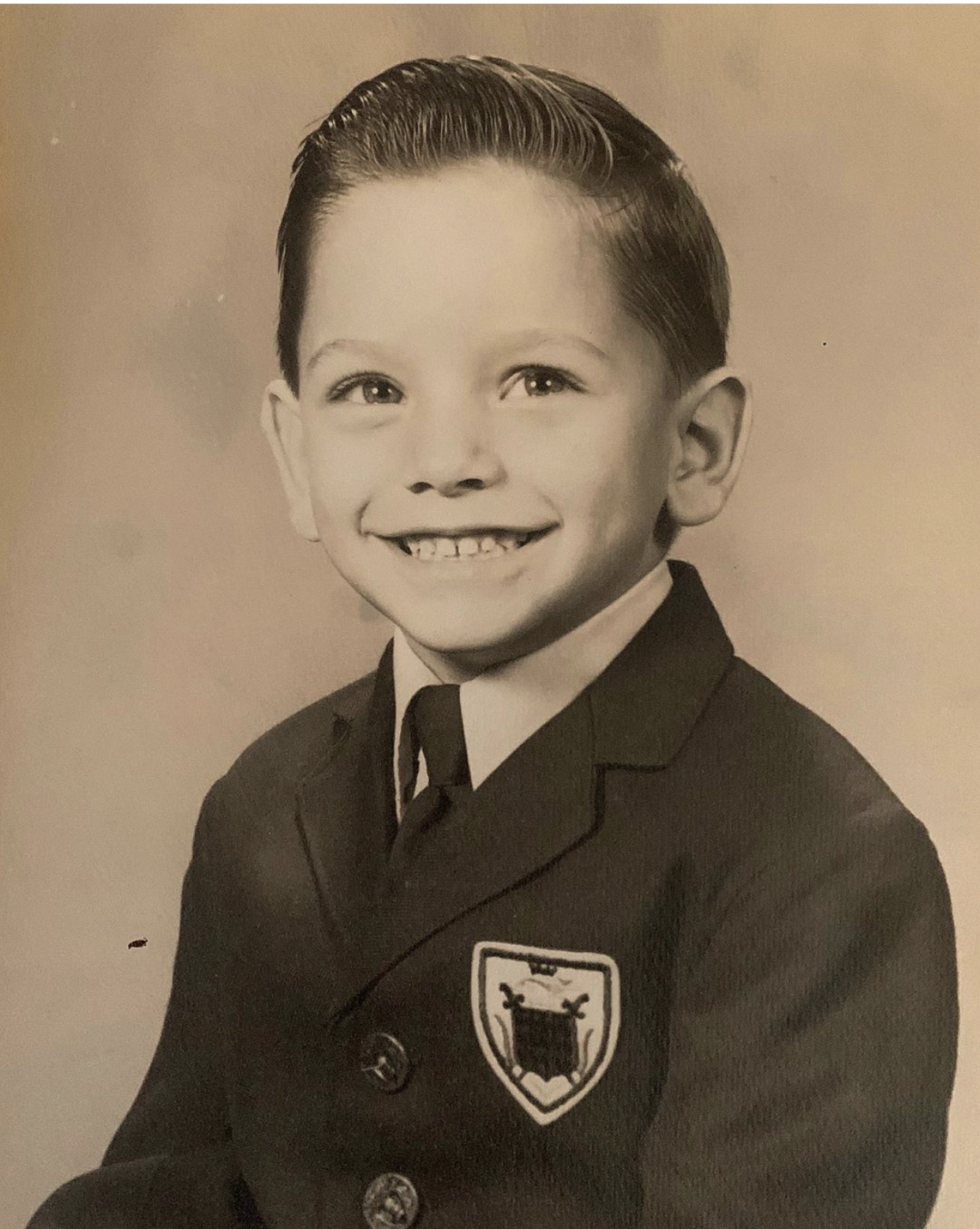 In 1982, at the age of 19, John made his debut at the General Hospital series, where he remained until 1984, winning an EMMY nomination. But the really great opportunity came with the “Full house”, whose success to date has followed. That is why he later sought to restore the series. Stamos has had a great career as an actor, starring in many American series. His first television appearance was in the series “General Hospital” in 1983. The following year he appeared in 12 episodes of the series “Dreams” as Gino Minelli and in 1985 made his first appearance in the 1985 film Alice in Wonderland.

From 1986-1994, she appeared in 26 episodes of the series “You Again?” By Matt Willows, and a few years later appeared in Joey’s “Daughter of the Streets” (1990), “Captive” as Robert Knott, and “The Disappearance of Christina” as Joe Seldon. 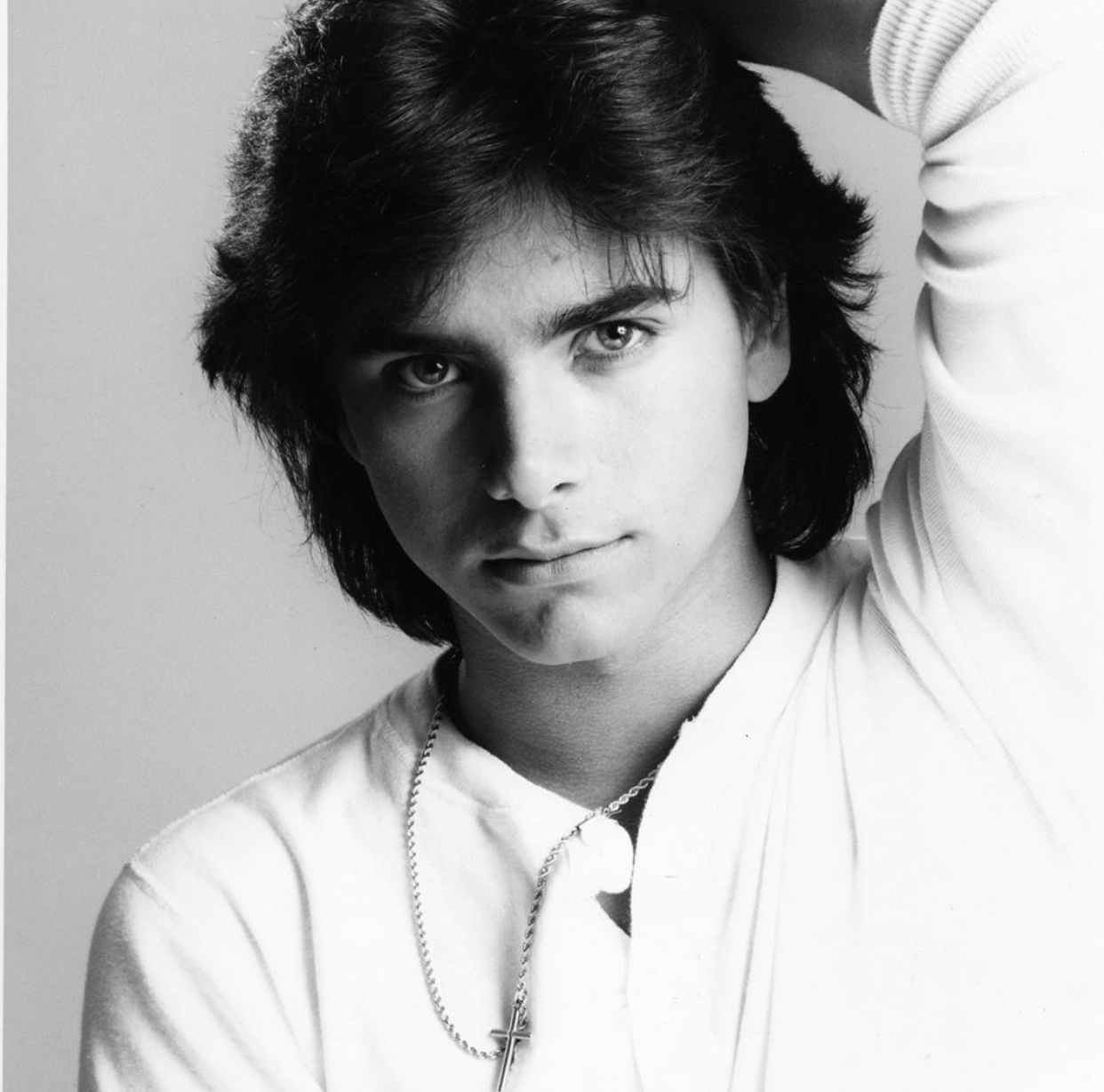 In 1987, he won the lead role in the ABC series, Full House, as Jesse Katsopolis. According to Jeff Franklin, he requested the adjective of the role to be Greek in order to emphasize his Greek origin. The series has had tremendous success and has launched his career. In total, the series won 16 awards and received another 20 nominations. In 1995, after eight seasons, production stopped and Stamos had appeared in all 193 episodes of the series. 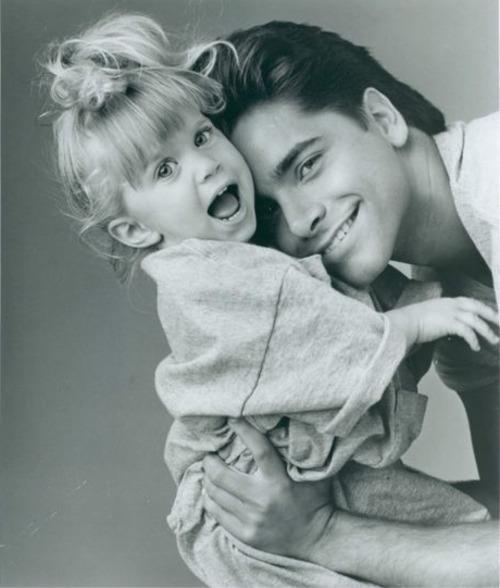 From 1995 to 2005, he played in various television series such as “The Larry Sanders Show”, “Thieves”, “The Buddies” and “Jake in Progress” as well as in the films “A Match Made in Heaven”. In 2005, he appeared in 65 episodes of the “ER” series as Tony Gates, winning a Gold Ball, 152 awards and 365 nominations. Since 2009, she has appeared in a total of 15 television series, most recently “Grandfathered”, “Fuller House” and “Scream Queens”, as well as eight films, the most recent being “Marriage al Greek 2”.

One of the most important collaborations is one with the Netflix platform where he starred as Dr. Nicky, in one of the most successful series in recent years, “You”. 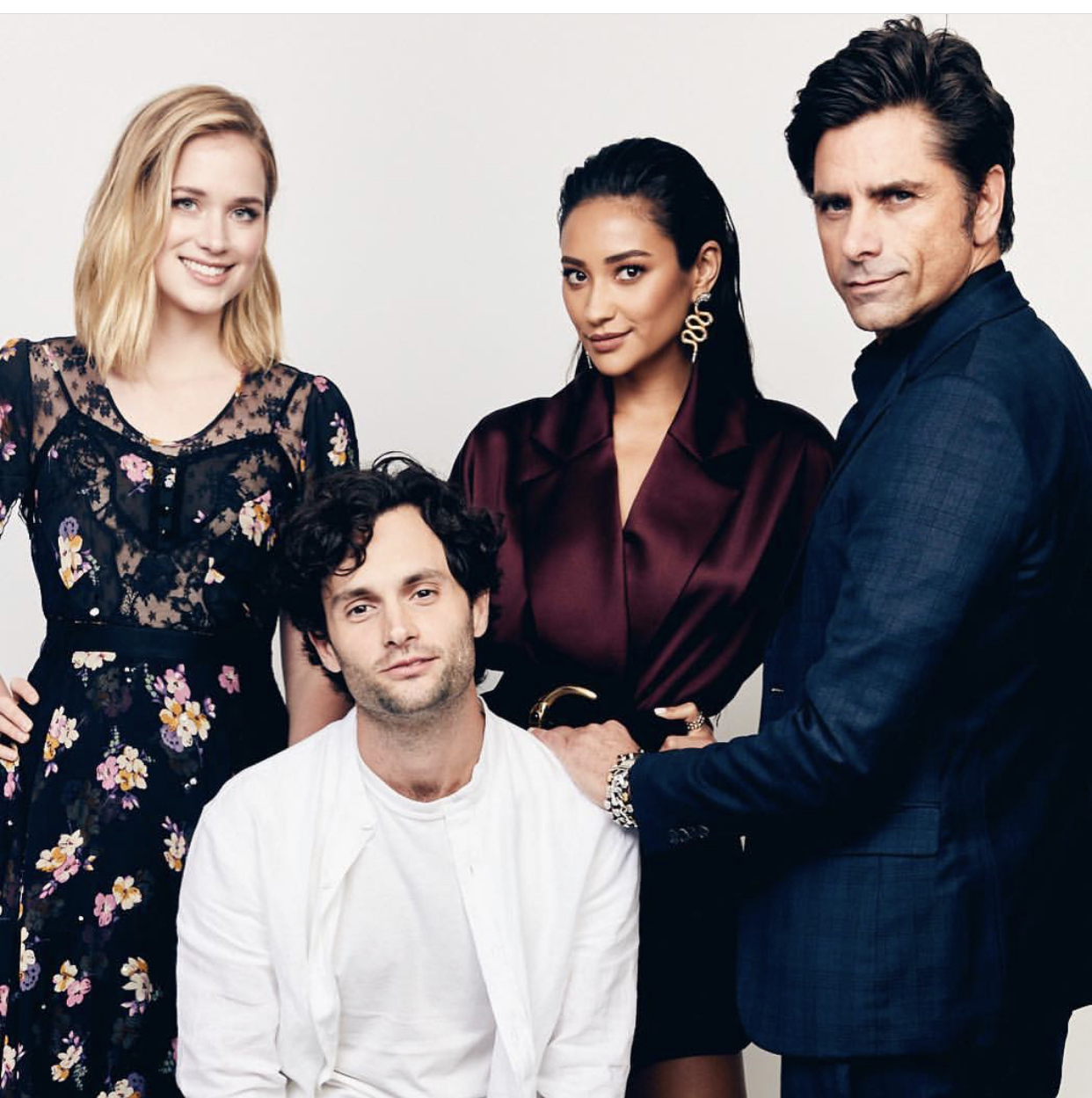 In addition to being an actor, John Stamos also has a production role as he has starred in 34 episodes of seven television series, including “Fuller House”, “Jake in Progress” and “Grandfathered”, as well as in “My Best Friend’s Wife” ”And“ The TwoMr. Kissels ”.

In 2015, then-President Obama had invited him to the White House to commemorate Greek Independence Day. Among the guests in attendance were many Greeks, but the President singled out John Stamos saying “You are the most beautiful Greek in the world”.

In 2016 he met Caitlin Mc Hughes a model and actress, they got married in 2018, where they already had their first child. Stamos gave the name of his father to his son, Billy Stamos. The couple lives in Beverly Hills in a house reminiscent of a traditional cottage with strong influences from Greek architecture.

John Stamos loves Greece very much and although he did not grow up in the country he has a special bond as he does not miss an opportunity to speak and stress his origin. 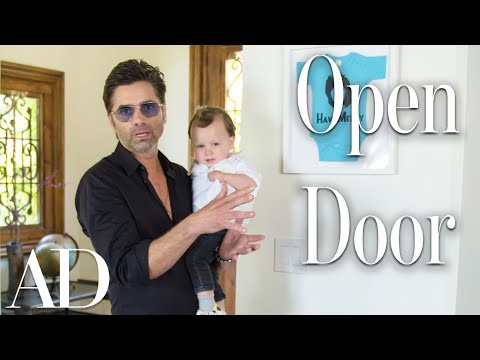