One of the most powerful CEOs of the planet

André Calantzopoulos is the man who holds the wheel of Philip Morris International (PMI), the largest multinational tobacco industry in the world, over the last six years. He is, by far, the most successful Greek manager, as the capitalization of PMI reaches 150 billion euros, roughly as much as the GDP of Greece.

The biggest step in Mr. Calantzopoulos’ career, so far, was in March 2013, when Philip Morris’s board of directors announced that he would be the next Chief Executive Officer (CEO) of the company. Since then, he is leading the transformation of the multinational giant, through investments worth 6 billion dollars. 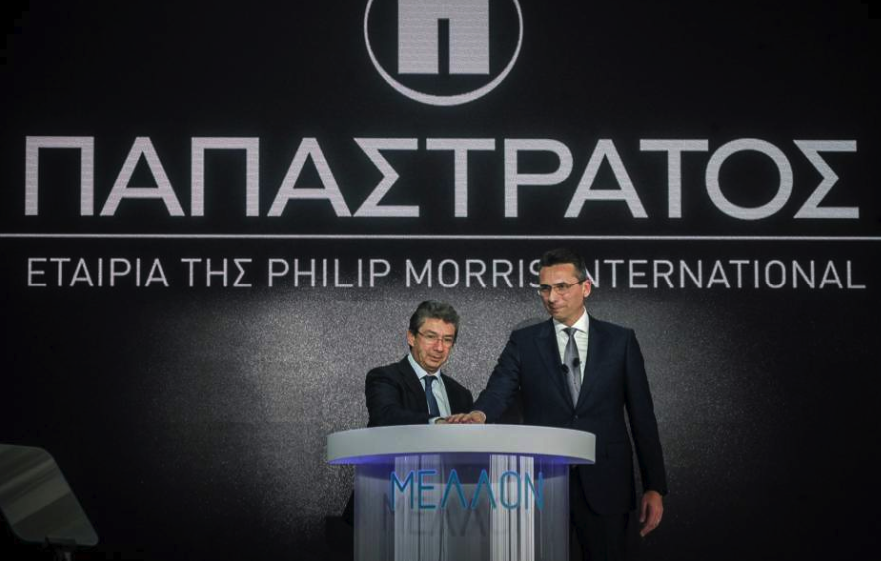 He was born in Pyrgos, Ilia, Greece, in 1957 and grew up in Athens. In 1975, he graduated from the historic Second Highschool of Athens, while later that year he began his studies at the Swiss Federal Institute of Technology in Lausanne, where he graduated from, with a degree in Electrical Engineering. In 1985, he received an MBA from the European Institute of Business Administration (INSEAD) in Paris.

His journey towards the top of PMI lasted 28 years, since he joined the company in 1985, initially working in central European countries. Among the positions he occupied was that of the CEO of Philip Morris of Poland, and then in 1999 he became President of the Eastern European Region.

In February 2013, Mr. Calantzopoulos signed the first three-year agreement with the Greek government, based on which PMI purchased 50% of the Greek production of Eastern tobacco produced in Greece, and mainly in the Thrace region. After it ended, the agreement was renewed for three more years. For the first three years, Philip Morris International bought tobacco worth more than 150 million euros, giving significant financial support to the wider region and securing the tobacco growers’ crop. 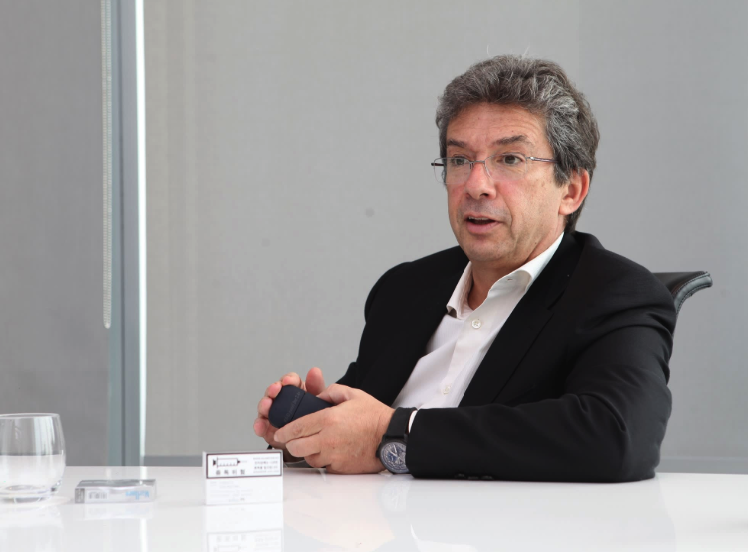 Mr. Calantzopoulos is a man who avoids the spotlight. He gives very few interviews and is very hard to find a photo of his in “lifestyle” media. In a recent interview with “Kathimerini” newspaper, he stated that PMI has now the scientific and technological ability to offer smokers a better alternative to cigarettes, with products that reduce the harmful effects on health. He also spoke with optimism about the future of the Greek economy, provided there is a long-term strategic planning, fiscal stability and a reduction in bureaucracy.

Asked about how he sees the future of smoking, he said, “As strange as it may sound, I believe that a smoking-free future is feasible. The vision of all of us in PMI is to offer products that will replace cigarettes as soon as possible. When the product you produce causes harm in the health of someone, you have at least the moral responsibility to recognize it and work with all your strength to deal with it. And that’s what we are doing. We decided to change the lives of smokers around the world by developing innovative products that are better alternatives to cigarettes and have the potential to reduce the harmful effects of smoking”. In practice, the PMI Group has decided to fundamentally reverse its very existence as a traditional tobacco industry, building a future free from cigarette tobacco and smoke. 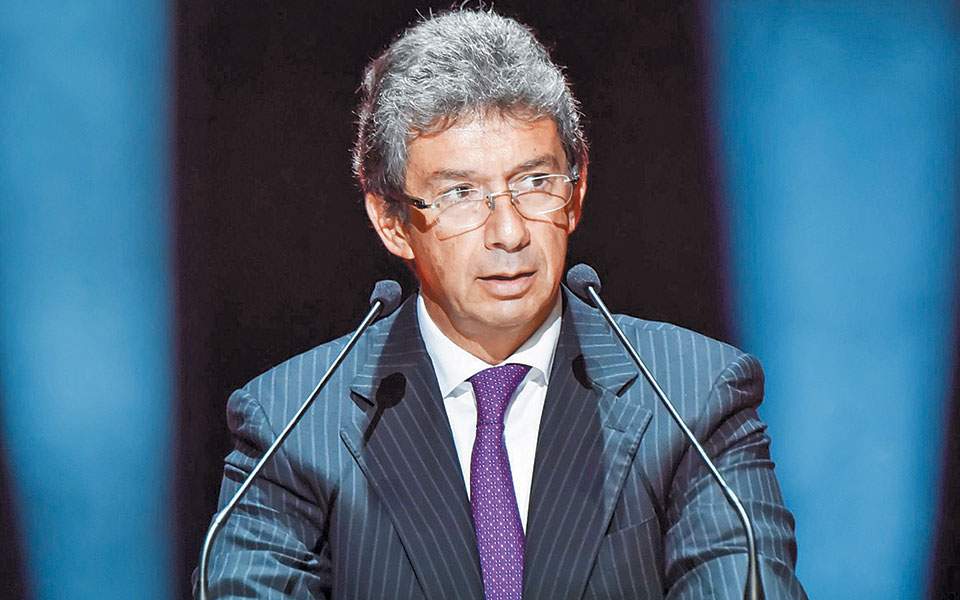 The Greek CEO of the multinational group noted that “For 12 years we have begun a huge effort, which is a real revolution in our industry. With more than 400 leading scientists and technicians of various specialties and an investment that far exceeds $ 3 billion from 2008, we are creating a generation of low-risk products that can potentially change the lives of 1.1 billion smokers throughout the world. IQOS, the first such product, containing real smoke that is heated and not burned, has been greatly honored with our expectations, largely because it has been widely accepted by smokers. We are working systematically to create other alternative products, always with a common denominator of non-combustion. It is an exciting time for me personally, and for PMI also”.

IQOS has gained significant momentum amongst those adult smokers looking for a better alternative than cigarette smoking. Already, around 4,000,000 smokers worldwide have understood the benefits of using it and turned to IQOS, and nowadays 8,000 smokers adopt it every day. The new generation of potentially reduced risk products is progressively developed on many different platforms and PMI is convinced that the corporate initiative, combined with the will of the relevant stakeholders, can greatly accelerate efforts to make a cigarette-smoke-free future a reality. 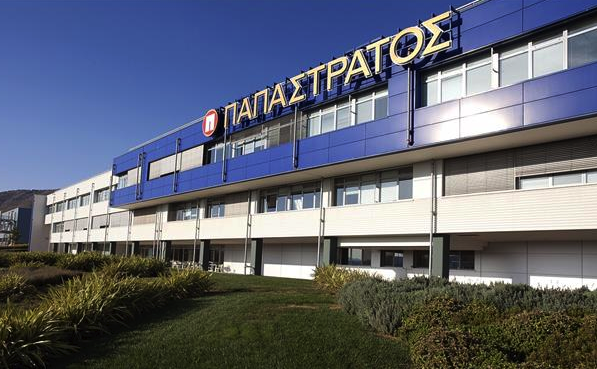 A new investment in Greece has resulted in the heated “HEETS” smoke bars for IQOS being produced in Greece. New prospects are also opening up, as an innovation and growth chain is created with multiple benefits for the economy, the labor market, primary production, exports, the image of Greece abroad and brings it to the center of the enormous change brought to IQOS internationally.

Mr. Calantzopoulos believes that there are signs that allow us to be optimistic about the Greek economy. “Of course, the prolonged period of the crisis has created an economic and social “melancholy”. But even in the crisis a lot has been done. And they were because the crisis forced us to see things differently. To recognize and admit chronic pathologies and, of course, to do something to reduce them. With long-term strategic planning, reforms, tax stability, bureaucracy reduction, clear and stable growth framework with transparency and efficiency, Greek businesses will be able to work better, international investment will come. I am optimistic that we are on the right track”, he said. 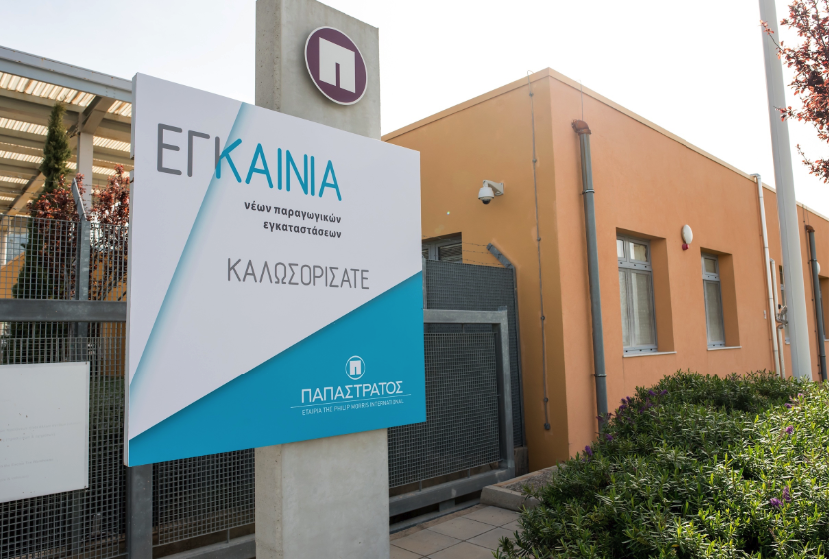 Well worth mentioning is the fact that of the 6 billion dollars already invested globally by PMI in IQOS, the 300 million euros were spent in the conversion of the plant of Aspropyrgos, which has an important international role, as the increased IQOS penetration among smokers there are new increased supply needs on international markets and so Greece as a whole is gradually becoming a major export center for Philip Morris International. Mr. Calantzopoulos sees considerable growth, but also regulatory work that remains international, while he doesn’t hide the fact that Greece has never been the most friendly business environment.

With a global look, the top CEO believes that there will be factories that will only produce IQOS and factories that will do both, as they must continue to produce cigarettes. However, cigarette production will gradually decrease as both PMI and smokers will gradually abandon traditional smoking. In PMI they do not need new production facilities everywhere, nor do they want to dismiss workers. They want, on the contrary, to keep employment at the maximum possible level. Thus, some factories such as Aspropyrgos were transformed into exclusive “HEETS” production, and other factories will follow. The positive thing, then, is that this new product needs more workforce than what is needed for producing cigarettes. 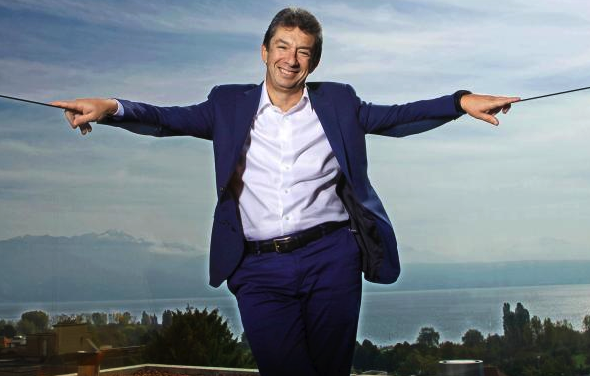 “The FDA’s decision to allow sales of the tobacco heating system in the USA was very important for many reasons, as it would be equally important and a possible positive decision to promote the product as a reduced risk for the health of users, in relation to cigarettes. With those facts, we can say that the US market will be supplied, at least initially, by the international production. Assessing the conditions, we would say that we expect its growth there to be faster than in other countries. But the United States are also important for another reason: the products that make it there tend to spread faster worldwide. And this will help speed up the growth rates of IQOS. In addition, the US regulator carries out such a comprehensive project that many countries allow product circulation depending on what USA decides. Also, the steps that have been adopted there -which are many and comprehensive- will provide a roadmap for countries that do not have such experience”, said the Greek top manager.

In 2017, during the dinner for the closure of the 19th “Annual Capital Link Invest in Greece Forum”, Mr. Charis Lalakos, Ambassador of Greece to the USA, awarded the Hellenic Capital Link Leadership Award to Mr. Calantzopoulos for the excellent contribution to the economy of Greece. This award is given annually to a person, or an organization, for its outstanding contribution to promoting closer business ties between Greece and the global business and investment community. 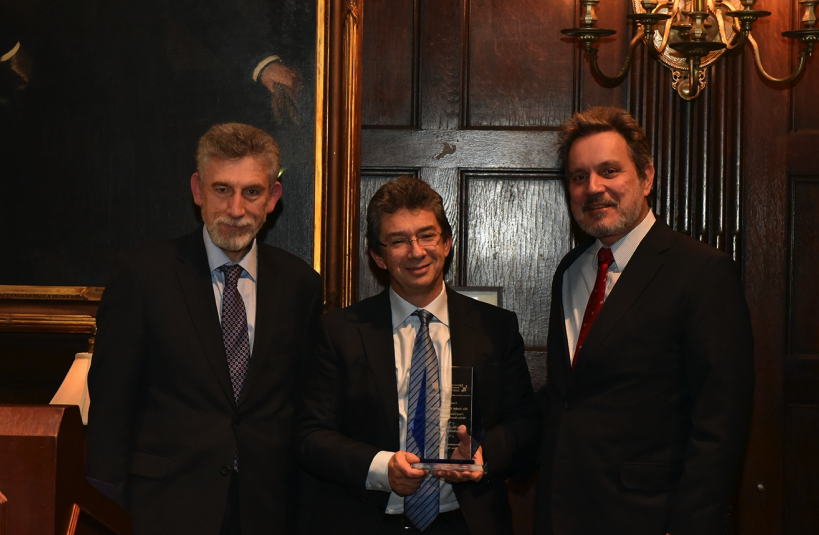 Finally, the man in charge of the multinational giant Philip Morris, speaking about his nostalgia and love for Greece, said that despite his many years of absence from his native country, he does not forget his origins and even shows it in practice, by supporting domestic tobacco production. “I’ve been missing for many years. However, I have a family there and I go often. I watch the happenings and Greece does not cease to be my homeland”, he said.

Mr. André Calantzopoulos, with a firm belief in the dynamics and prospects of our country, has literally put his signature on the active presence and participation of PMI in Greece, which has been lasting, even in the difficult years of the economic crisis.