He founded the modern shipping studies

He was born in February 1944 in Athens, where he also grew up. He graduated in Economics from the Panteion University in Athens in 1971 and then completed his postgraduate in Finance at Bangor University, Wales, in 1977. He started his career at the National Bank of Greece in 1962 and was a financial shipping expert at his headquarters Bank in Athens from 1973 to 1974. He was then an independent researcher and consultant from 1977 to 1982. 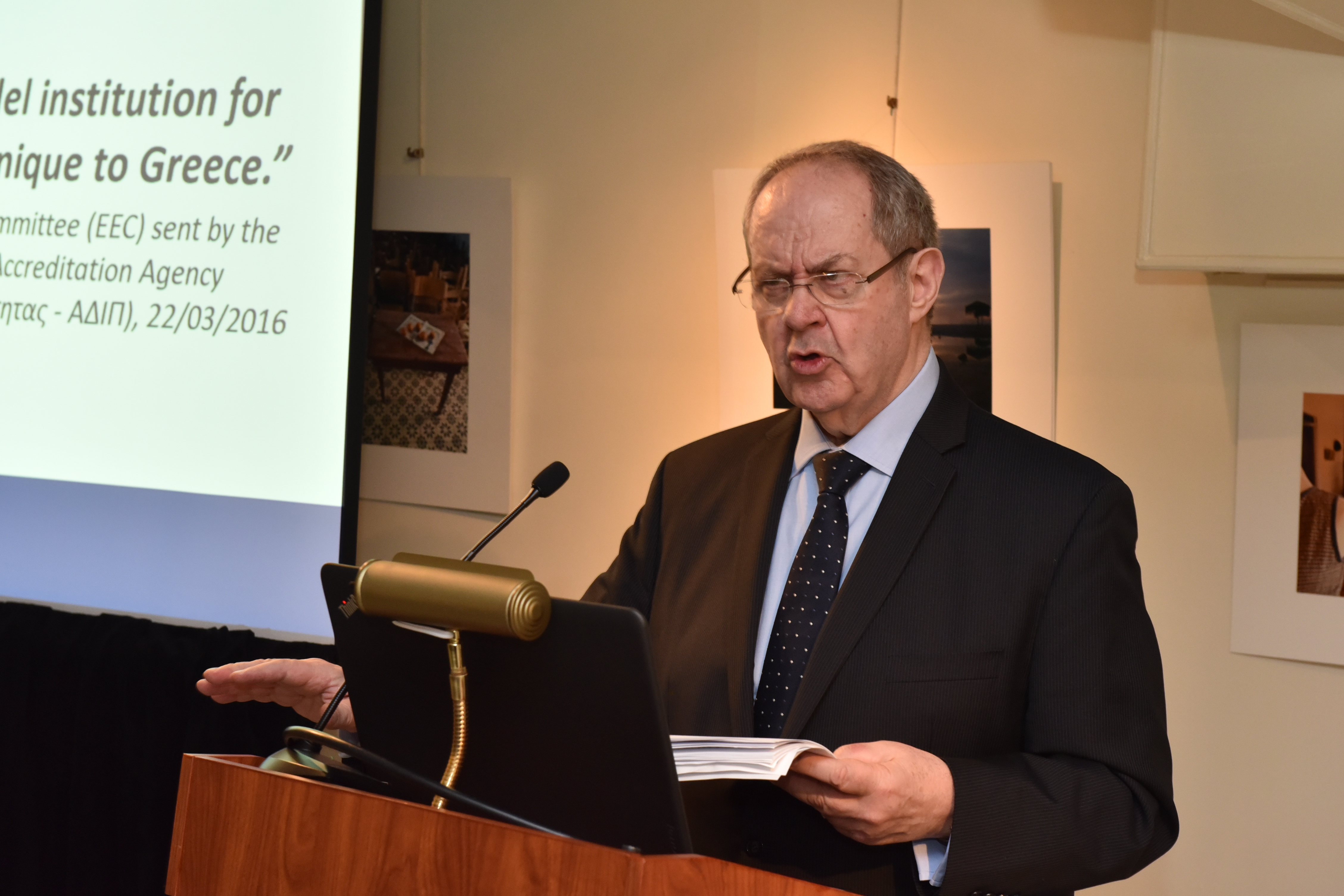 He was responsible for the inception, creation and design of the Centre, and until 2003, was Director of the world class MSc Shipping, Trade and Finance, introduced in 1984. The Centre introduced the MSc Trade, Transport and Finance in September 1997 (from 2008-2012 known as MSc Supply Chain, Trade and Finance) and the MSc Energy, Trade and Finance in 2003. More than 3800 students, from over 150 countries, have graduated over this period, many of them are holding leading positions in international banking, shipping, and manufacturing sectors.

In addition, the Centre has gained international recognition for its applied research in the areas of shipping finance, shipping and financial risk management, commodity trade, energy and finance, and is a major platform for international dialogue between senior business executives, government and academia. Within this framework the Centre organizes the City of London Biennial Meetings (1999-date), the Athens Triennial Meetings (2004-date) and the Onassis Prizes, internationally significant awards for leading academics in Shipping, in International Trade, and Finance (2008-date). 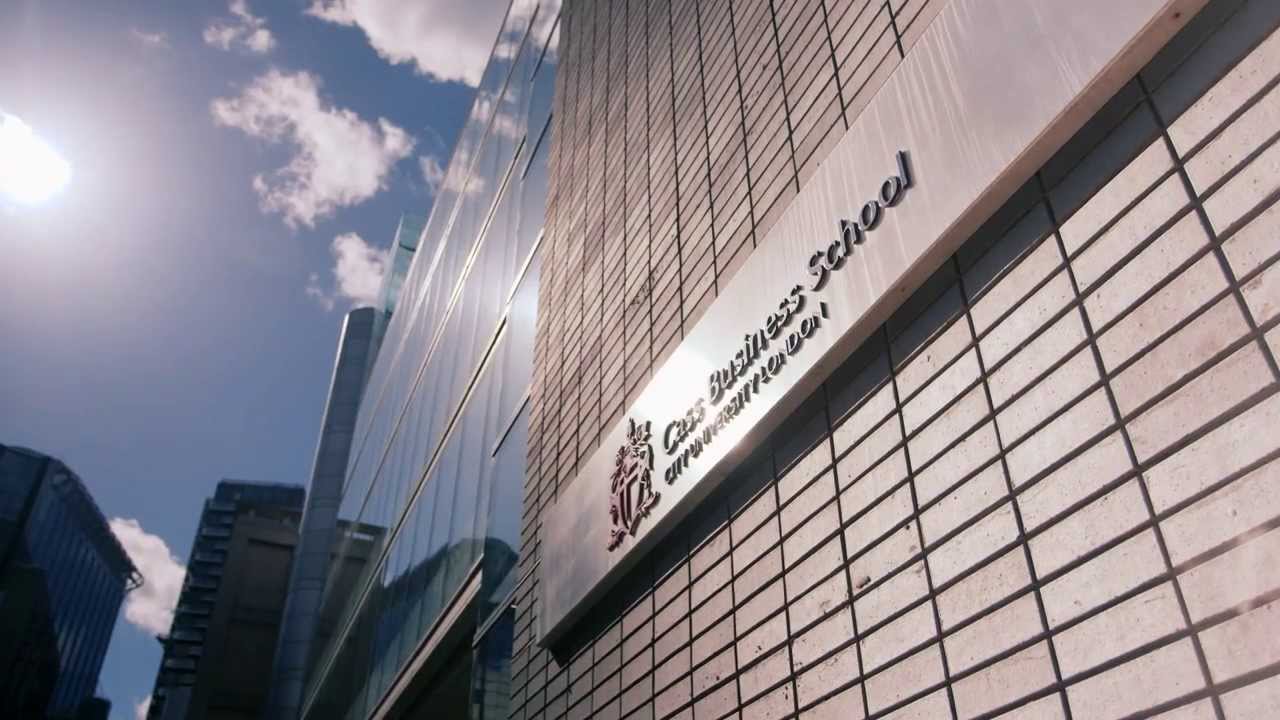 In 1985, a 41-year-old Greek professor, presented to British Prime Minister Margaret Thatcher the way of organizing and running the self-funded teaching and research center of Maritime, which he created at City University. She, with interest, asked, “How did you do it?” Mr. Grammen answered “With excellence, meritocracy and extroversion at university”.

In an interview, he has stressed that a university must remember and honor its roots but also evolve in the space according to the era. It must be pioneering by seeing what is coming and changing, where necessary, the material it teaches to its students. The university teaches with theory how to think and analyze, analyze tools and finally formulate. However, a combination of theory and action is essential because graduates will work “in the place and time” and will be asked to implement what they have learned. 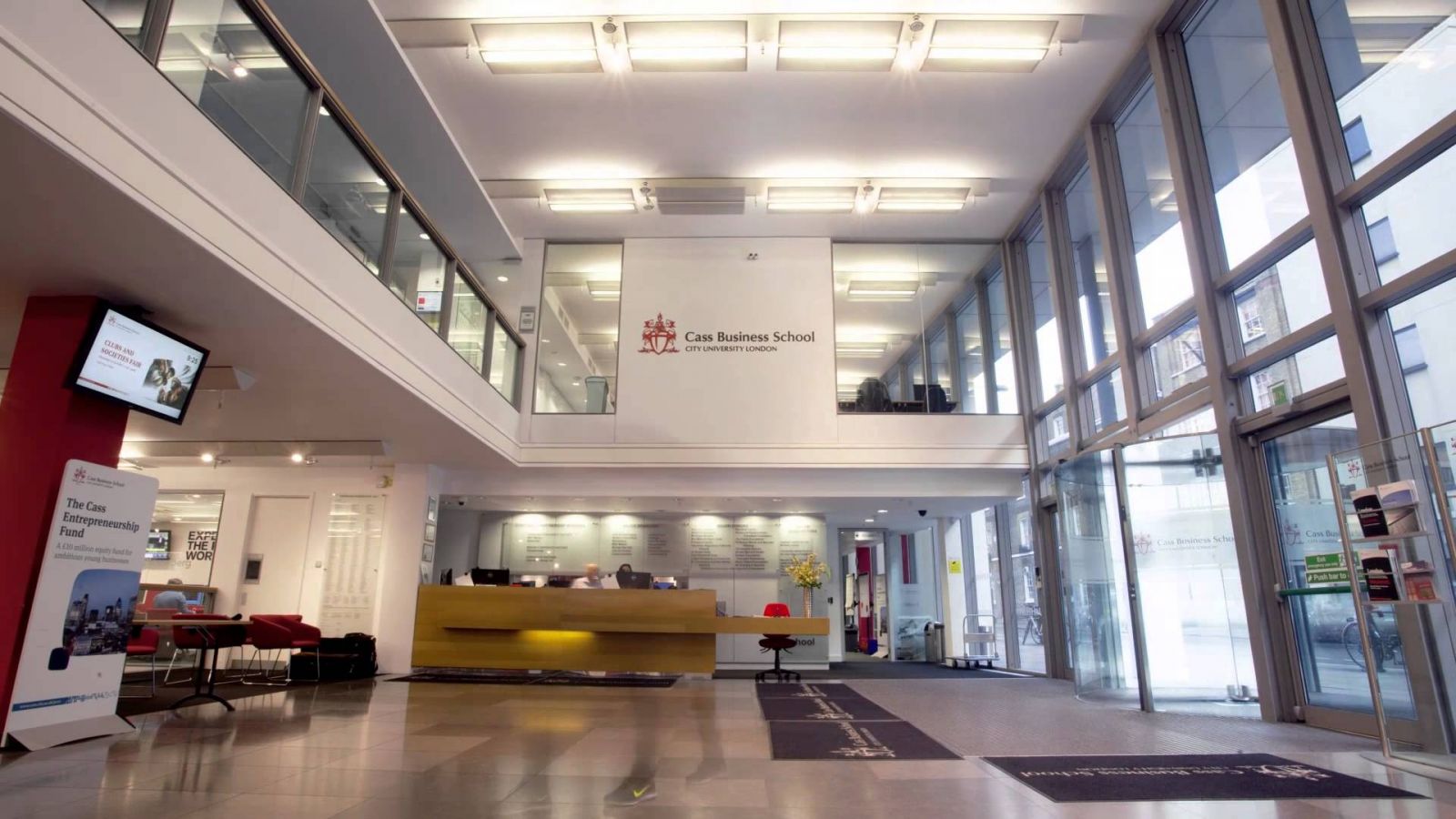 Mr. Grammenos was Deputy Chancellor at University City from 1998 to 2011, Executive Dean, Cass Business School in 2000, Deputy Dean of 2001 and Deputy Dean (Undergraduate), University from 2002 to 2010. He was the founding director of the Center Marine, Commerce and Finance of Cass Business School in 1983, his President since 2012, while he was honored with his name since April 2007.

He introduced, through his postgraduate program, a new approach to international business the “Global approach”. He wrote the well-known monograph on Bank Finance for Ship Purchase in Wales Press in 1979 and has in general written papers and studies published in scientific journals and specialized trade publications. Since the mid-1980s, through his research, the teaching of university departments and his public presentations , he has turned the attention of the shipping world to the potential of public and private markets, stocks and debts as new sources of funding for shipping. 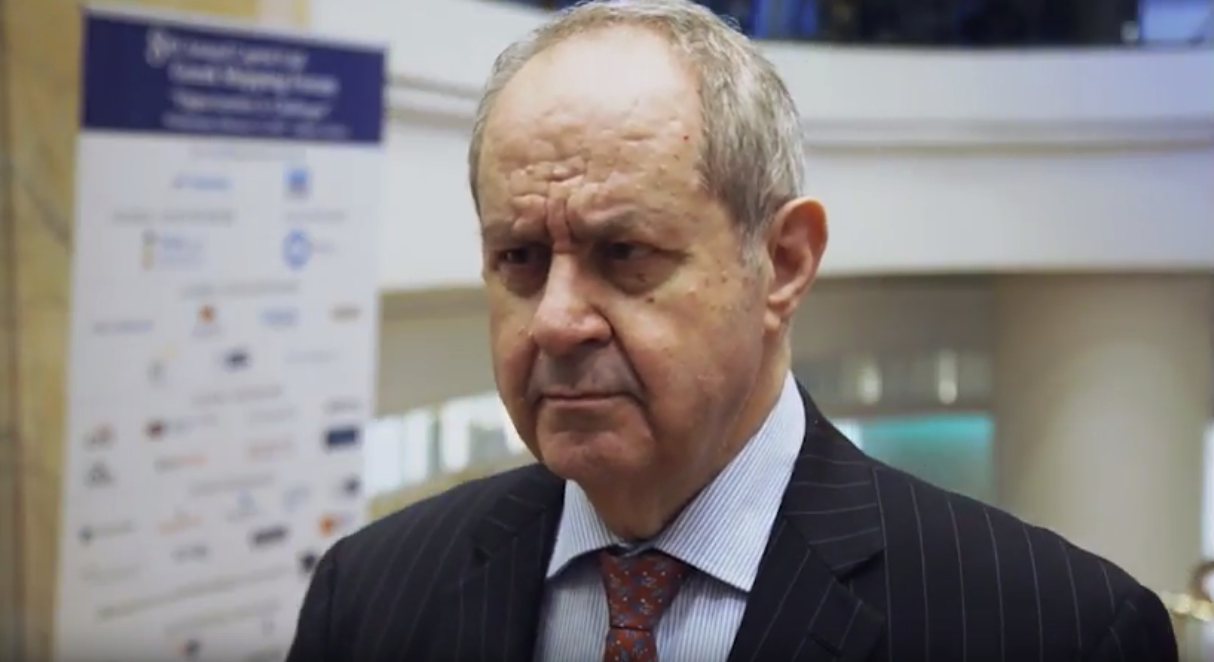 He was also President of the International Association of Naval Economists (IAME) from 1998 to 2003, Honorary Partner of the Institute of Marine Engineering, Science and Technology (IMarEST) in 2008, and is visiting Professor at the University of Antwerp since 2000 and the first Vice President of the “Maria Tsakos Foundation” from 2014 until today.

He is Honorary Partner, Institute of Marine Engineers, Science & Technology, since 2008, Associate of the Chartered Institute of Bankers, from January 2004 to date. He has been appointed adviser to the United Kingdom Government on Maritime Policies from 2018 to date, and has been a partner of the Royal Society for the Encouragement of Arts, Production and Commerce (RSA). 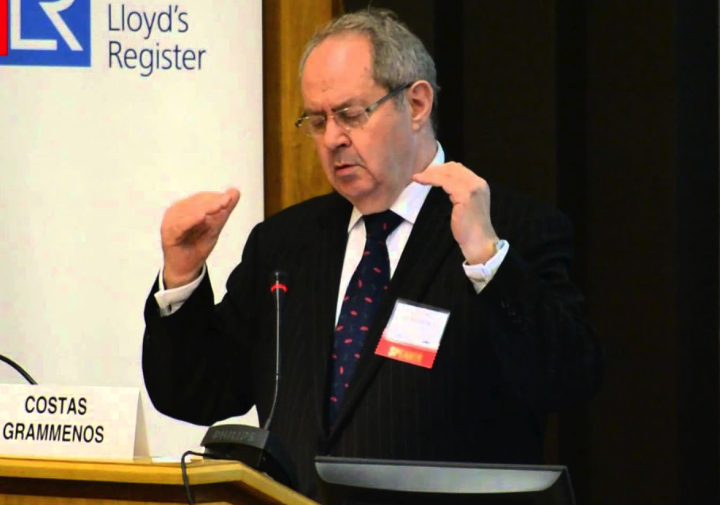 In 1998, he was awarded the Seatrade Personality of the Year and in 2008 he received the Distinctive Personality Award for his outstanding contribution to the shipping industry from the Hellenic Shipping and Finance Association. In the same year he was awarded for the “Achievement in Education and Training” at the Hellenic Maritime Awards of Lloyd’s List and in 2017 with the Greek Shipping Leadership Award Capital Link.

In 1999 he received the highest academic prize in the United Kingdom, the DSc. in Shipping Finance, from City University for his significant contribution to knowledge in Shipping, Trade and Finance. 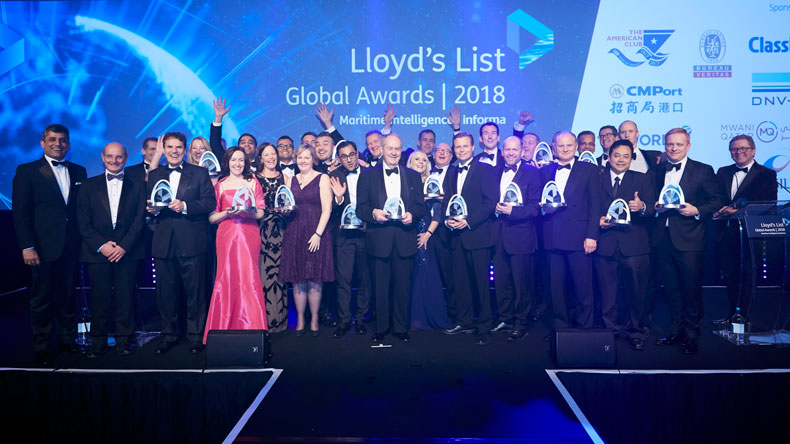 In December 2018, he was awarded the “Lifetime Achievement Award” from the Lloyd’s List World Awards, which he dedicated to more than 3,800 graduates of his postgraduate program, to his amazing team at Cass, to the City University of London, which allowed him to work on something he loves, and to his extraordinary wife.

Although fully integrated into British society, Kostas Grammenos keeps his Greek feelings, his love for Greece, and his unlimited faith in the capabilities of the Greeks. “We have brilliant young people with excellent quality minds currently in high-ranking positions in international financial institutions and companies. I have great confidence in them” he said in an interview.

Excellence, meritocracy and extroversion at university are principles that Mr. Grammenos, who is internationally recognized as a pioneer in the development of maritime studies and more widely in higher education, has served all his life. For his course and his contribution, the Department of Shipping and Business Services of the University of the Aegean awarded him an Honorary Doctorate, in May 2019. 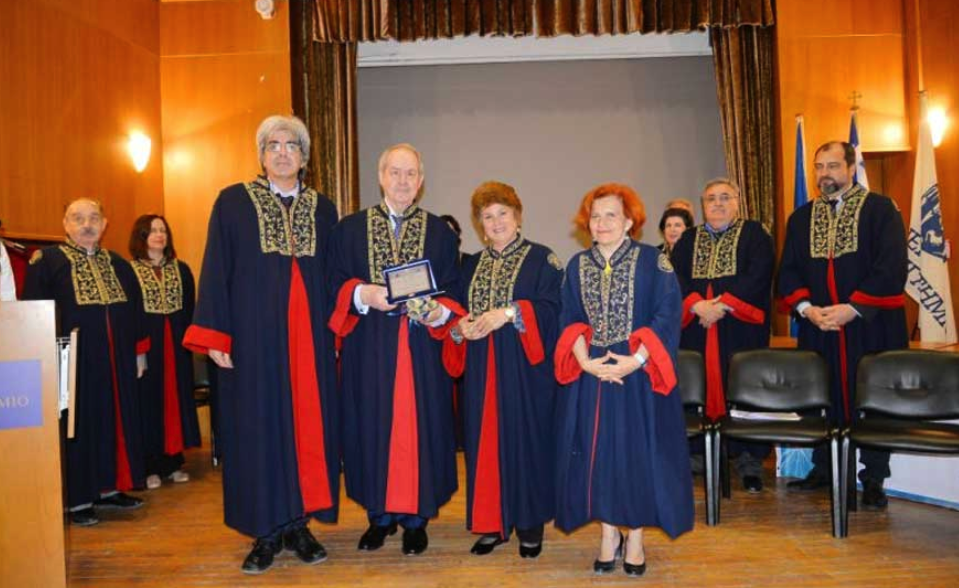 Part of his speech at the University of the Aegean was about his childhood years and how they determined the way of thinking and his later brilliant course. “I was fortunate at an early age to study eight hours daily for four summer quarters in the Chania Municipal Library from 1958 to 1961, when my father was a detached Navy officer. I read Homer, the tragics, Aristophanes. There, Kazantzakis, Solomos, Kavafis became my beloved and lifelong personal friends”.

“I still had the rare chance to watch Karolos Koun and his pioneering Art Theater in Athens with collaborators such as Manos Hadjidakis, Odysseas Elytis, Nikos Gatsos and Yannis Tsarouchis, as well as systematically viewing theater performances at the then magnificent National Theater. I saw Dimitris Mitropoulos directing the New York Philharmonic Orchestra in 1955 in Athens, in “Orpheus”. I listened to the divine Maria Callas from the radio singing in Herodion in August 1957 and of course the one and only Mikis Theodorakis. Karolos Koun, beyond the magical moments in his underground theater at the play “Orpheus”, gave me a great lesson: The desire to do only the excellent, the systematic and uninterrupted preparation, and that the faith in your work and of course, in the talent, can move mountains. All of them moved mountains, and that’s the way that the world found out that there are great Modern Greeks also”, said Costas Grammenos. 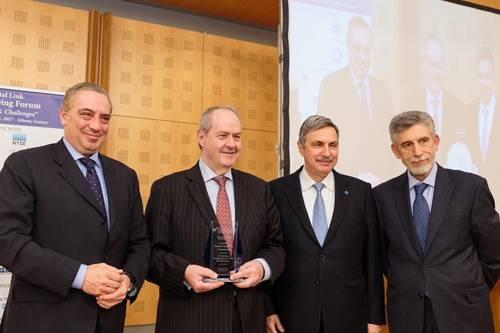 Of his past students who now hold key positions, 40% work in shipping, 38% in banking and are international bankers, while others in commerce and in the industry. Only in the banking sector he has 600 graduate bankers, working in City, Oslo, Hamburg, Singapore, New York and elsewhere.

A charismatic professor with more than thirty years of university presence, Mr. Grammenos taught a whole generation of today’s maritime, economics and industry executives who are in practice are applying his financial analysis to the largest international financial institutions. 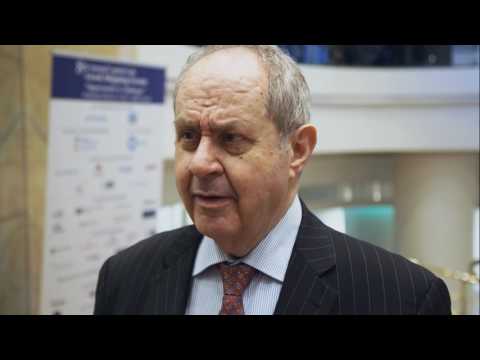