The first Director of the Kavli Institute for Cosmology

George Efstathiou is an astrophysicist, a professor of Astrophysics and a member of the Royal Society of Sciences, while he has been Director of the Kavli Institute for Cosmology and Professor of Astronomy at Oxford University.

He is widely trained in theoretical and observational cosmology and has contributed to large scale studies on the Universe, the formation of galaxies, dark matter and cosmic microwave background radiation, and was a member of the European Space Agency’s Planck Satellite Group, which was launched in May 2009.

He has dedicated his whole life to science, seeking answers to some of the biggest and most fundamental questions in life, such as how the universe began, where the stars and galaxies come from and what we can learn from the oldest light in the universe. 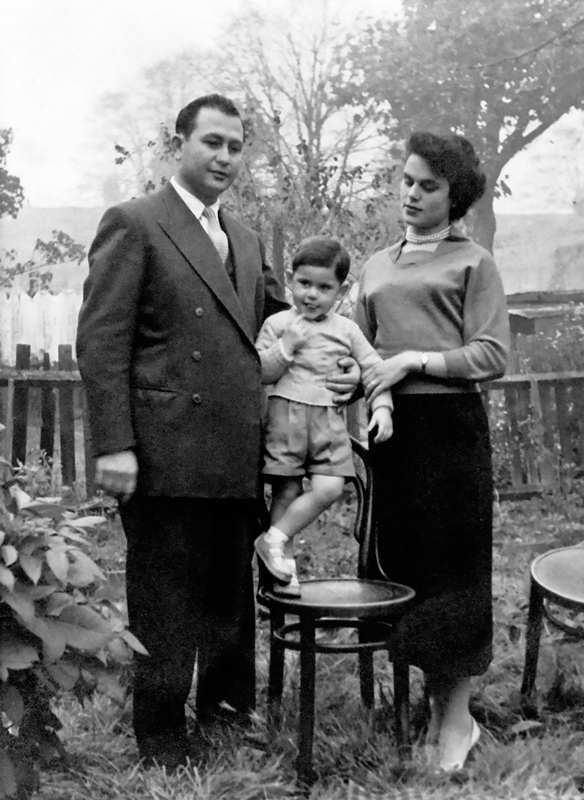 Giorgos Efstathiou was born on September 2, 1955, in London and grew up in the UK with his parents, Petros and Christina Efstathiou, who immigrated to England from Cyprus in the early 1950s, at a time when people in the country needed to help rebuild it, which meant that there were opportunities for work there that were not in Cyprus at that time. He is the oldest of three siblings, while he was brought up speaking Greek, and today has a knowledge of the language at sort of the household level, as he has said.

The one who made him love science was his father, who had bought a scientific encyclopedia, which was the only collection of books in the house. Young George started reading and dealing with the big questions, such as how the planets and stars are formed or what we know about the universe.

He took his first telescope when he was 11 years old, a 4½ inch refractor, and did time tests on the satellites of Jupiter, tracking their orbits around the planet, while he looked at the phases of the moon, and made drawings of its surface. 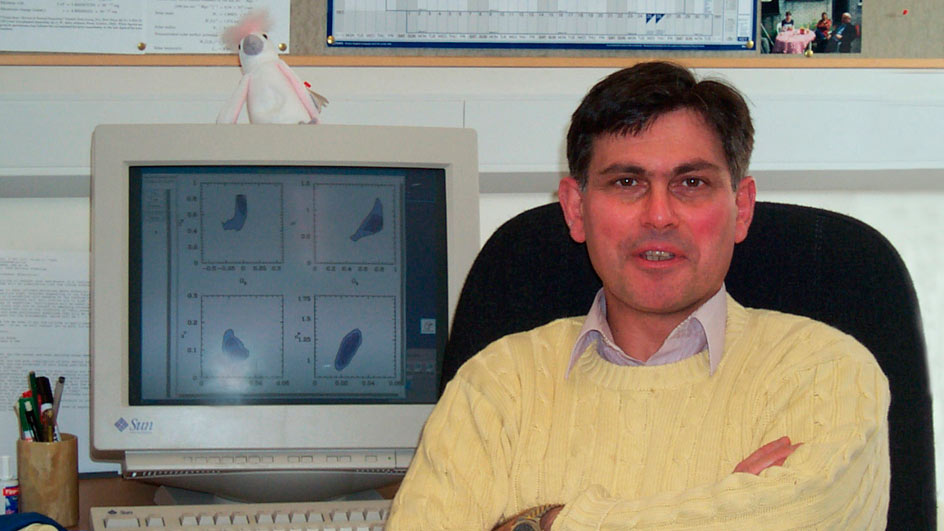 Patrick Moore, astronomer and host of “The Sky at Night”, had a big influence on him and many people who grew up in the United Kingdom. He remembers, once when he was nine or ten years old, Moore said on the TV, “Well, today I’ll tell you why it’s dark at night,” making him think, “Come on now. This is very easy. It is obvious why the sky is dark at night. ” Soon he was informed that the question was not so easy to answer and that deep ideas are often revealed through the simpler questions. Listening to the explanation for Olbers’ paradox, he was really shocked and his youthful arrogance was demolished, he admitted.

Another huge influence for him was the US space program, Apollo 8 and its rotation around the moon, as well as the first step of man on Earth’s natural satellite. Everything was done on an accelerated schedule, so as a child it meant that there was always something new happening that was just awe-inspiring for him. 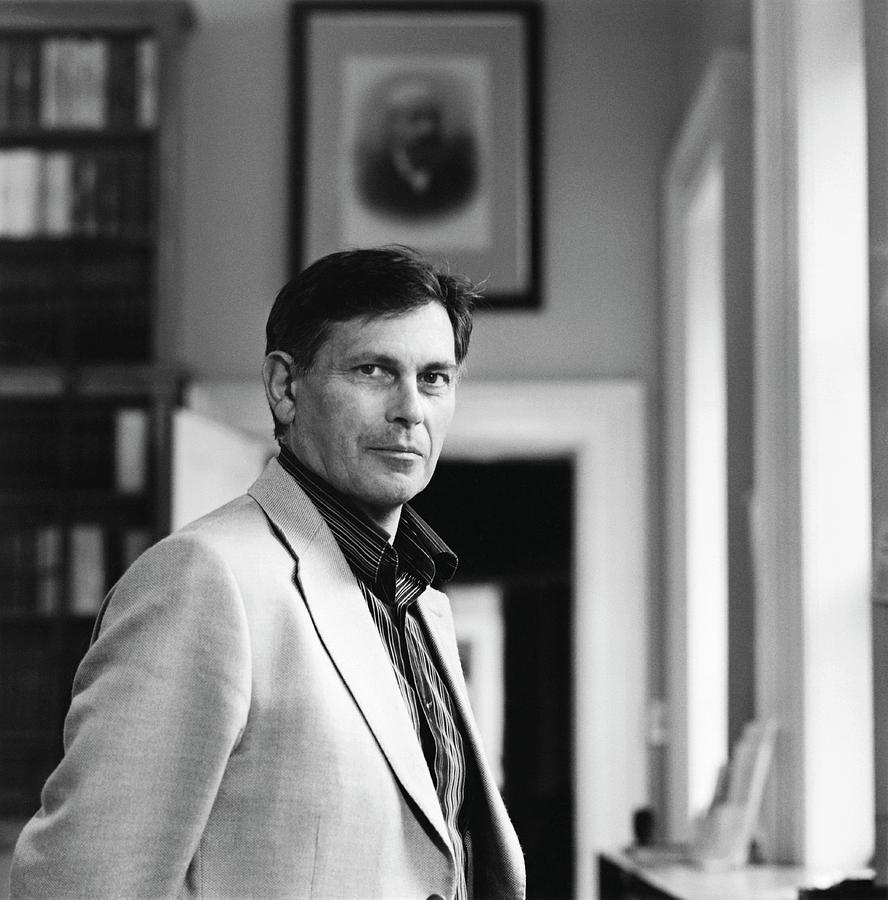 He received a degree in Physics from Keble College in 1976 and his Ph.D. in Astronomy from Durham University in 1979. In the same year, he became a research assistant at the Astronomy Department of the University of California, Berkeley (1979-1980), and later moved to the Cambridge University Astronomy Institute with scholarships at Cambridge’s King’s College, from 1980 to 1988.

George Efstathiou was appointed Savilian Professor of Astronomy at Oxford University in 1988 – a post that he held in conjunction with a fellowship at New College, Oxford – and served as Head of Astrophysics between 1988 and 1994. He returned to Cambridge in 1997 as a professor of astrophysics and a member of King’s College.

In 2011, he won the Gruber Award for computer simulations he developed in the 1980s, which helped us realize that cold dark matter leads to the answer on how galaxies and clusters of galaxies evolve. To the question of why he focused on the subject, he replied that in the 1980s, leading cosmologists, such as James Peebles, had begun to be interested in developing computer simulations that could explain how galaxies accumulate above the cosmic time.

“This required developing programs that accounted for Newton’s laws of gravity, which describe how ordinary objects interact with one another. People were doing numerical simulations using only about 1,000 particles because computers were slow. However, I had heard about a group at the University of Reading in the U.K. that was developing computer codes to do problems related to solid-state physics. For example, finding the melting points of crystals and using various assumptions about what’s involved.” 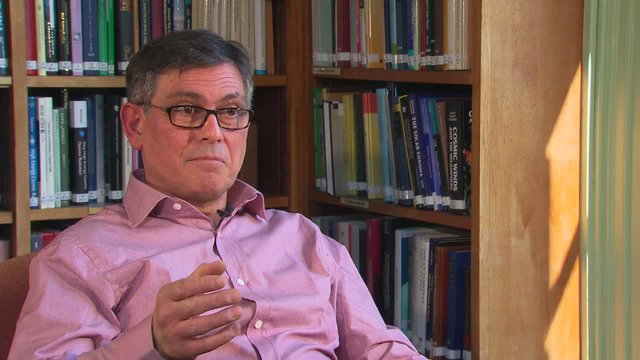 What he realized is that the techniques they were developing could be applied to cosmology. These techniques could be generalized and used very efficiently to simulate the interactions among large numbers of particles. So, he contacted them and spent some months of the University of Reading, and then came back and wrote a code that allowed him to instantly go to simulations with 20,000 and 30,000 particles. At the time, it was revolutionary.

Dr. Efstathiou for his leading role in the Planck satellite mission, which has studied the cosmic microwave background, the relic radiation left over from the Big Bang nearly 14 billion years ago and the oldest light in the universe. This background radiation fills every part of the sky, and temperature variations from one part to another represent variations in the density of matter that existed in the very early universe. And it’s these differences in density from which all structure in the universe grew – including gas, stars, galaxies, clusters of galaxies and the dark matter that holds it all together. 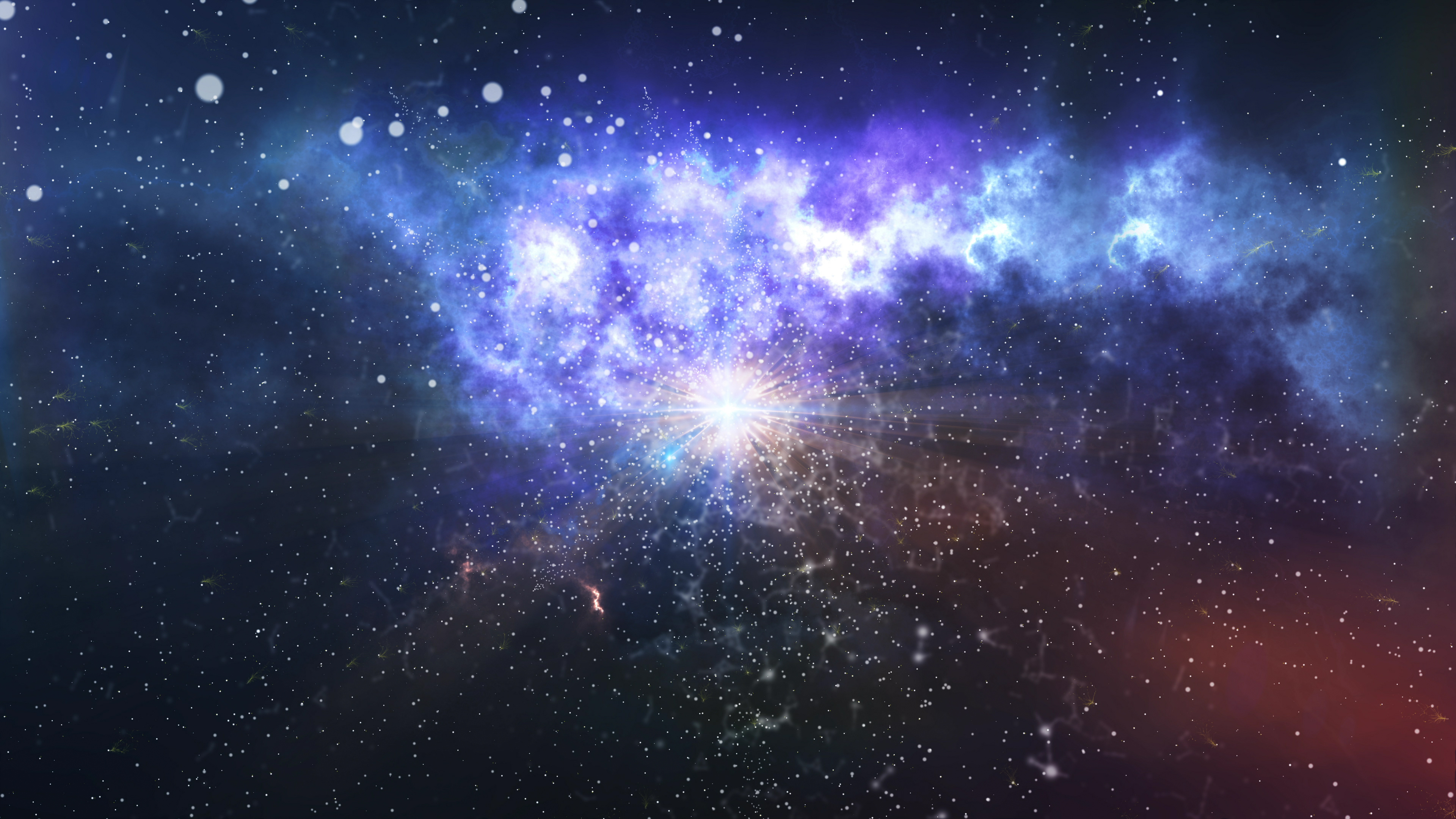 By studying these details, Planck has opened an exquisite window on what the universe was like shortly after the Big Bang and now we have the strongest image of the world when it was only 380,000 years old. There is no doubt that humanity through this mission has revealed a fundamental truth to the universe, but also that our basic cosmology model is correct, in that what we actually see supports our theories for both inflation and also for the existence and extent of dark matter.

“Planck has been the biggest and time-wise longest of the large projects I’ve worked on. I’ve been involved in the mission since 1992 – more than 21 years. So in the future, I can use my experience with Planck and other projects I’ve worked on to look more critically at other types of data – to see whether we can make sense of it given what we know from Planck.” 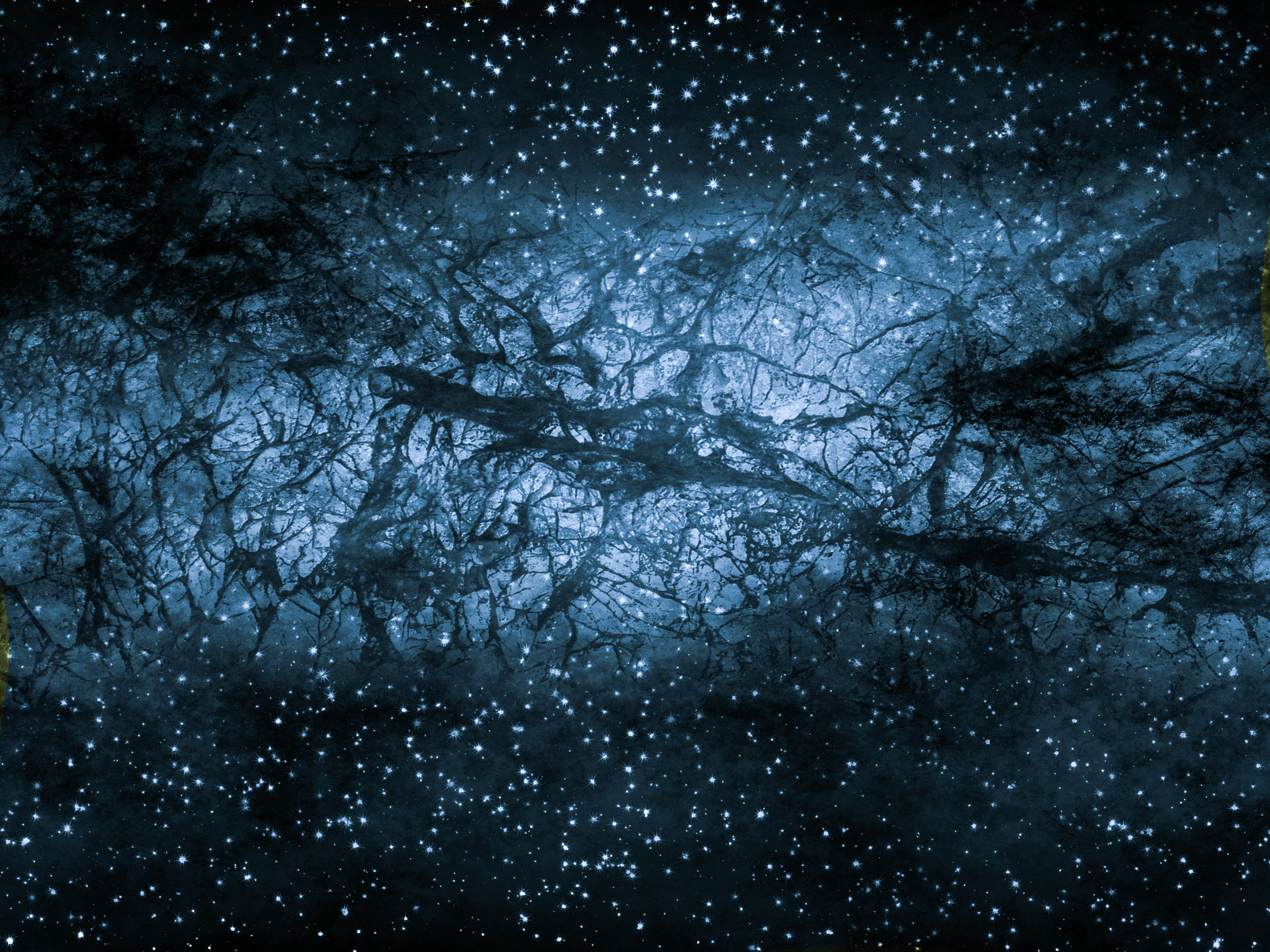 In an interview about what fascinates him in science, he replied, “The fact that you can draw such far-reaching conclusions from straightforward observations – it’s one of the great aspects of science. There is profundity behind the simplest questions. Being able to ask questions that require really, really deep insights into the way the universe works to get solutions is just fascinating. It’s still fascinating for me”.

He has received the Maxwell Medal and Prize of the Institute of Physics and the Vainu Bappu Prize of the Astronomical Society of India, in 1990, and was appointed a member of the Royal Society (FRS) in 1994, the same year he was awarded the Academic and Cultural Prize for Astrophysics at the Bodossaki Foundation.

He has also been awarded the Robinson Award in Cosmology (Newcastle University, 1997) and Heineman Prize for Astronomy at the American Institute of Physics in 2005 (which he shared with his longtime collaborator, Simon White’s). He received the Gruber Cosmology Award 2011, together with Marc Davis, Carlos Frenk and Simon White, and the Royal Society’s Hughes Medal in 2015. 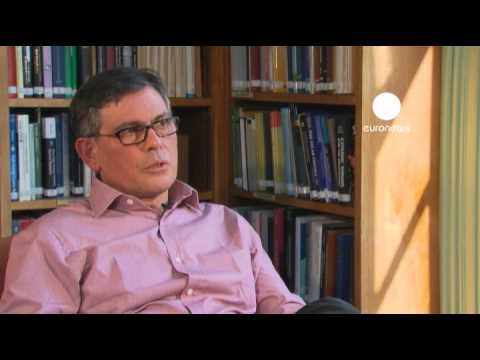