The Astrophysicist behind the first historical photo of a black hole

Dimitris Psaltis is a professor of Astronomy and Physics at the University of Arizona, with his research focusing on testing the theory of general relativity in the strong-field regime. He also works on various aspects of the physics and astrophysics of neutron stars and black holes, and in 2019 he played an important role for the first photo of a black hole in human history.

Moreover, he designs and develops innovative and high-performing computing tools, with which scientists study various aspects of physics and astrophysics of Black Holes and other space elements.

Dimitris Psaltis was born in Serres on the 1st of June, 1970, and since a very young age, he knew his professional destination. When his and his sister’s father, a teacher, wanted to make him love reading, he bought him science books, which the eight-year-old Dimitris loved. Reading for rockets and Physics, he decided that he would go to study in the US. 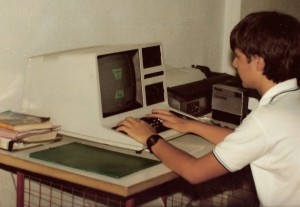 Most of his junior high and high school years passed as a part-time programmer in a computer company programmer, but during the last year of high school, he realized he did not want to spend one more minute of his life debugging computer codes or studying Ancient Greek. Thus, he decided to study Physics at the University of Thessaloniki. Within two months after graduating from high school he was hired by a computer company to develop software for the teaching of Ancient Greek in private and public schools.

In the fall of 1988, he started attending classes at the Physics Department of the Aristotle University of Thessaloniki and soon afterward he started looking for a research project. He never considered working on nuclear or particle physics being afraid that his work might be used for the development of nuclear weapons. A boring one-semester project in solid-state physics, according to him, was enough to drive him as far away as possible from this field too.

Research in Astronomy was the only obvious way forward and he spent the last 3 years in college working on various problems in astronomy at the Observatory of the University of Thessaloniki, as well as at the Astronomical Institute of the University of Amsterdam (funded by the Erasmus program for exchange students) and at the Max-Planck Institute fuer Radioastronomie in Bonn.

He graduated in July 1992 and started his graduate studies in the Astronomy Department of the University of Illinois at Urbana-Champaign. After spending a year trying to solve unsolvable homework problems, he started working on his doctoral thesis mostly spending his time debugging his radiative transport code and working on a project that could (but he really hopes it won’t) be used for developing nuclear weapons.

An administrative error forced him to turn down a Marie Curie postdoctoral fellowship of the European Union to be taken at the University of Amsterdam, and stay in the U.S.

In 1997, he moved to the Harvard-Smithsonian Center for Astrophysics, as a Smithsonian Postdoctoral Fellow. He loved the east coast so much that, even though he had already accepted a faculty position at the University of Arizona, he decided to stay for an extra year in Cambridge, MA, as a postdoctoral researcher at MIT, and for two years as a long-term member at the Institute of Advanced Study, in Princeton, NJ. 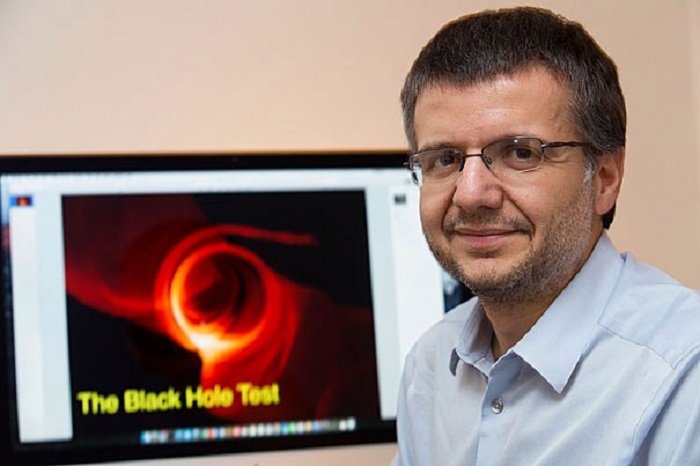 In January 2003, he started his faculty position at the University of Arizona. He now spends most of his time teaching graduate and undergraduate students, doing research, giving public talks, traveling to international collaborative meetings and conferences, enjoying life with his family, hiking, cycling, diving, and flying.

Dimitris Psaltis is head of a group of 36 researchers at the University of Arizona, which consists of 8 members of the scientific staff (teachers), 8 graduate and 13 undergraduate students plus 7 telescope technicians. He and most of his colleagues received a grant of about $ 7.2 million for their research, funded by an international organization.

He became the Event Horizon Telescope leader since its early stages, and with his research team at the University of Arizona, he led the development of testing of the General Relativity Theory – for the first time in the astrophysical scale – that the EHT telescope performs.

In the general context of the Black Holes, Psaltis team was responsible for coordinating the data of two of the 8 telescopes of the program, the Submillimeter Telescope (SMT) on Mount Graham, Arizona, which was the only one on North American territory, and the South Pole Telescope (SPT) in Antarctica.

Under his guidance, the researchers used supercomputers, with Nvidia’s leading graphics processors, which made it possible to synthesize the photo announced on Wednesday, April 10, 2019, all over the world, and took the first picture of a black hole in human existence.

The testing of whether the black hole image verifies Albert Einstein’s General Theory of Relativity has revealed that the great physicist was right, as the image fits well into the simulations and algorithms developed by Dimitris Psaltis and which preceded it on the basis of theory.

Immediately after the historic announcement, the Greek astrophysicist, attempting to simplify his subject as much as possible, said: “Ten years ago, the photo of a Black Hole and its shadow could not be taken. Because, although it is a phenomenon that develops to an extent of our whole solar system, the vast distance that separates the Earth from this particular Black Hole (Messier 87 or M87) converts its vast diameter into something that looks like a donut on the surface of the Moon.

Nevertheless, with ETH we managed to do so, and the size and shadow of M87 confirm Einstein’s accurate predictions, thus increasing our confidence in this one-century theory. The depiction of a black hole is just the beginning of our effort to develop new tools that will allow us to interpret the extremely complex data of nature. ” 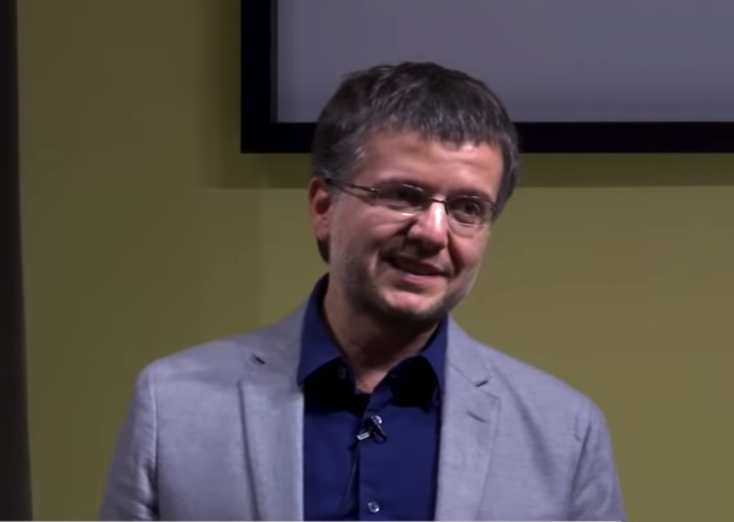 In addition to EHT, he is a member of the scientific teams of LOFT missions of the ESA and and NICER of NASA and is the chair of the Theoretical Astrophysics Program at the University of Arizona, an interdisciplinary program that facilitates theoretical astrophysics research among teachers, staff and students in three departments (Astronomy, Physics, Lunar & Planetary Laboratory) at the University.

The physicist, with his great love and dedication for his work and many ambitions since a young man, has also been awarded by the Bodossaki Foundation in 2005, which awards Greek scientists. 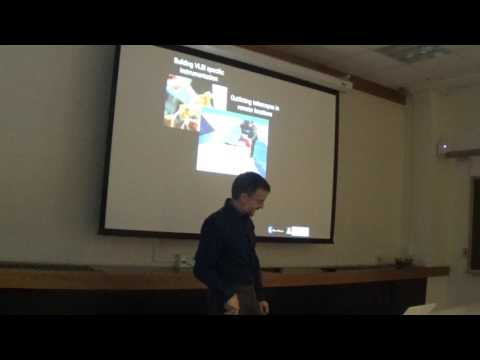