The Greek behind the famous restaurants “Milos”

Costas Spiliadis is a genius entrepreneur who has managed to bring seafood to the forefront of the art of gourmet cuisine and has conquered the top of international gastronomy, having owned the famous Milos restaurants, with all of them have a clientele ranging from celebrities to tycoons.

The kitchens of the restaurants “Milos” do not experiment with high gastronomy, but they focus on meticulous gastronomy, with the passion of Costas Spiliadis for perfection to extend to everything he sees, tastes or is in his possession. As a result, “Milos” is the triumph of authentic art, as the New York Times has written.

Costas Spiliadis was born and raised in Patras and was a son of a military magistrate from Filias, a mountainous village in the Peloponnese. His mother was born and raised in Constantinople and gave him a cosmopolitan perception of food. He loved music and when he left for studies at 19, 1966, he took with him the songs of the mountains and the refugees, the traditional music that then bloomed in Greece and that made him what he is, as he has said. 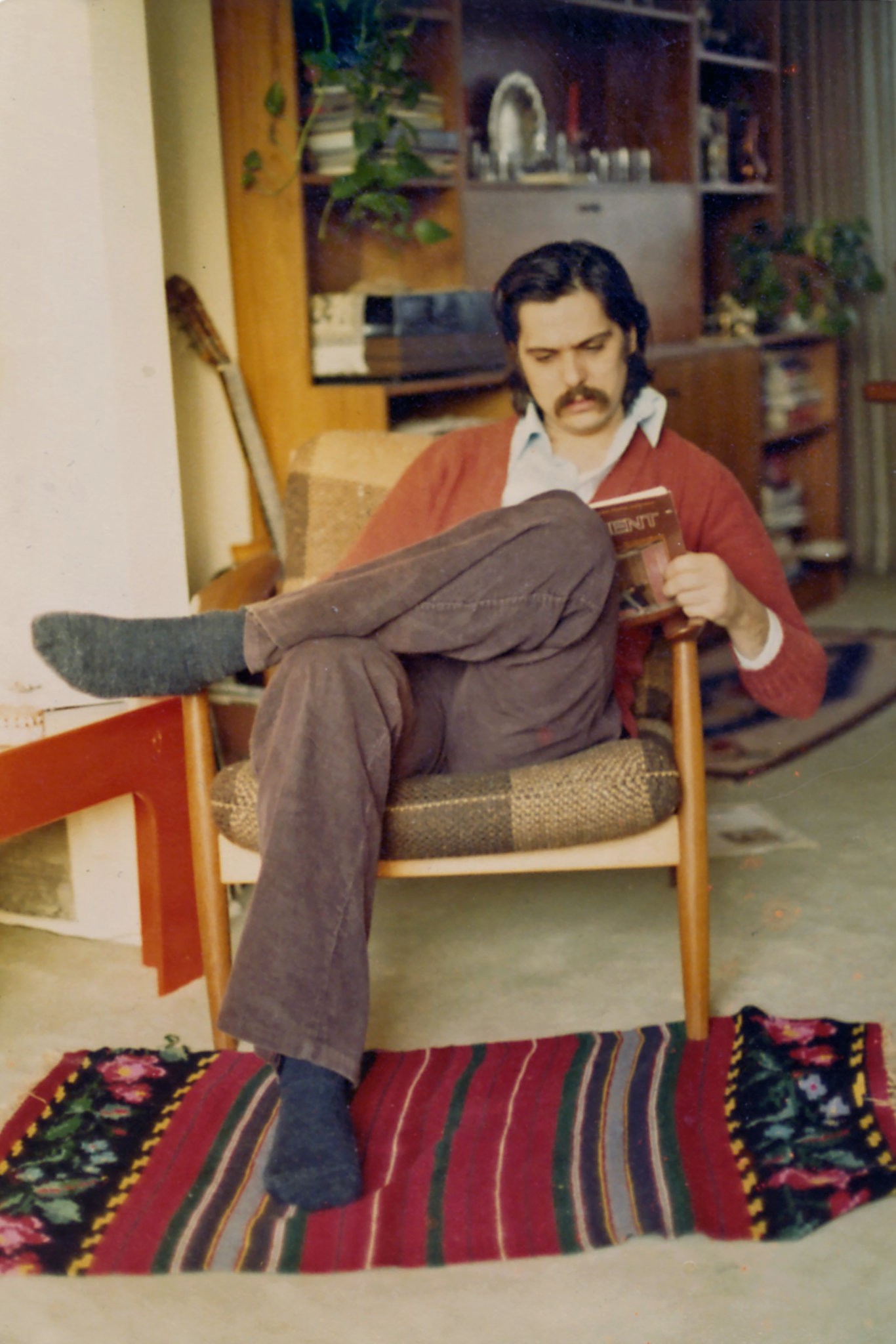 Arriving in Manhattan, he stayed in a room of the Christian Youth Union and cried every night as he was missing his home, the big city drowned him and he felt completely lost. After a while, he moved to a private home on 14th Street, taking such a small room that he had to climb on the bed in order to reach the window.

Because he was on a student visa, he wasn’t allowed to work. And the money his parents were permitted to send him was severely limited by the Greek government. In his room, he cooked chicken necks, which cost at most 15 cents a pound. He was a friend with another Greek guy who was working at a hot-dog place on 42nd Street and his Greek friends and he would walk from Washington Square to Times Square because the guy working there would stuff two or three hot dogs into the bun and cover them with sauerkraut so nobody would see.

He soon left for the University of Maryland to be closer to his older brother, Stelios, who was attending John Hopkins. His brother has said that Costas had always been a spiritual and politicized man and that if someone told him that his future would be in business and restaurants, he would say that this would never happen. 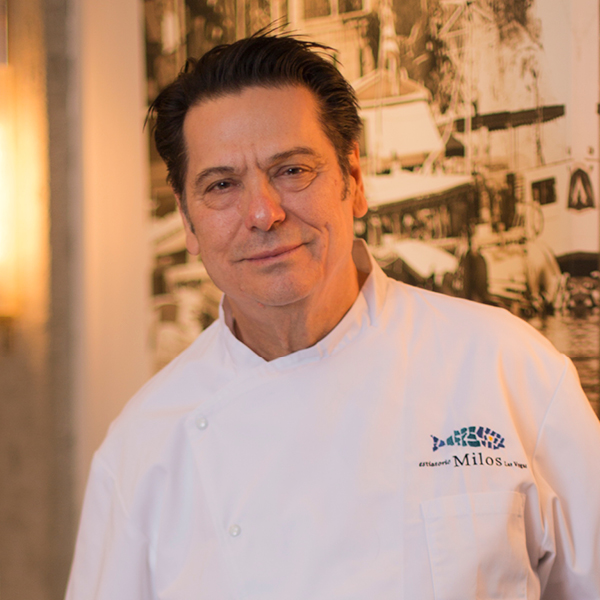 A military junta was ruling Greece, and Costas Spiliadis took part in protests and political action, even though his student visa forbade it. He admired the academic environment of the university, where he studied sociology, but not the Maryland of that era, with its segregated buses and bathrooms.

He also felt humiliated that his Greek identity was not appreciated. Everyone, including friends, called him Gus, not Costas. To him, that was no small thing — he had been named after his father’s cousin, who was executed by German soldiers in a massacre of 3,000 civilians during World War II.

By the end of his four years in Maryland, without a diploma, Mr. Spiliadis was in trouble with both the university and the Greek government, in danger of having his passport renewal rejected. He feared that if he returned home, he would be drafted or arrested. In 1971, he and a friend, a young woman, set off for Canada. “I knew Montreal had a very strong Greek community, very anti-junta, and that was all I knew,” he said. 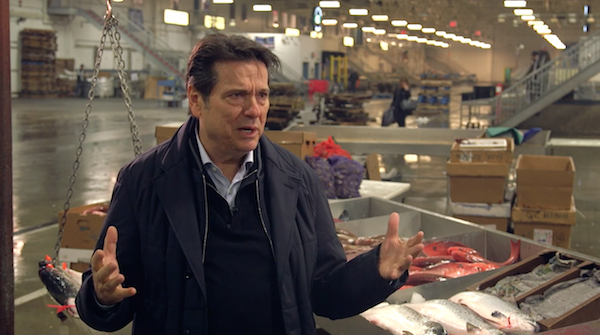 In Canada, he found what he says he couldn’t in America: a multicultural atmosphere that allowed newcomers a place in society without pressure to abandon their cultural identity. “In Canada,” he said, “you integrated, you were not assimilated. Canada opened doors, provided education, civic lessons and job opportunities. You were provided every means to become part of society.”

Mr. Spiliadis earned a B.A. and started graduate studies at Concordia University, although he never completed his master’s thesis on the political economy of Greek immigration. “I was always writing and rewriting,” he said. “I’m the type of person who leaves things unfinished.”

He helped found Radio Centre-Ville, a local station where he directed Greek programming and hosted a daily show that incorporated news, interviews and cultural information about the Greek community. He acted in local theater, his favorite performance a starring role in a drama about the Greek revolution against the Ottoman Empire. 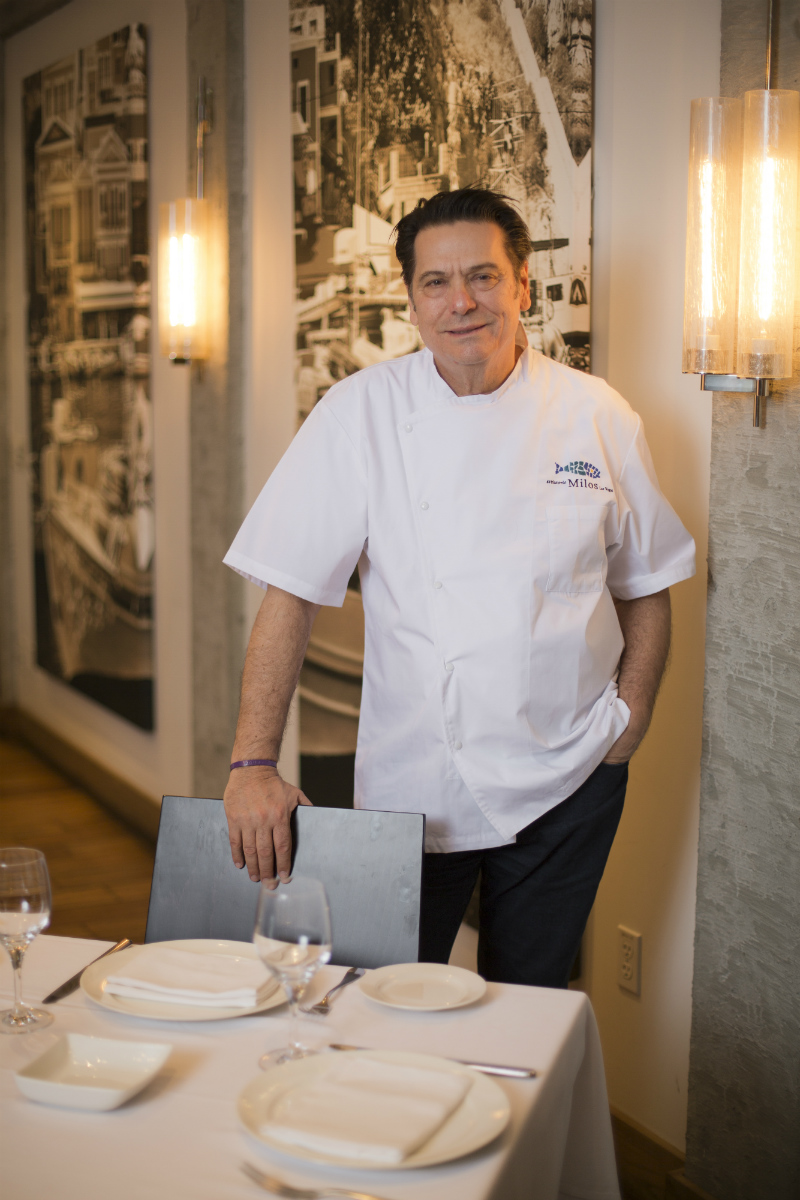 In 1979, he left the radio to open the first “Milos”, the beginning of his gastronomic empire over the Filoxenia pub he held for a year in the Mile End area. His “staff” consisted of a dishwasher and himself in the role of a cook.

“I did it because I had the need to prove that Greek cuisine and Greek culture were not as bad as everyone believed,” he says, although he did not know how to cook at all and called his mother in Greece and asked her about the food preparations.

He tried to differentiate himself from the picture of the Greek restaurants with the moussaka and create a new culture around the food “Greece is blessed with thousands of islands, wonderful fish and seafood, like the whole Mediterranean. That’s why it made sense to me to make a kitchen that was focused on the treasures of the sea,” he said in an interview. 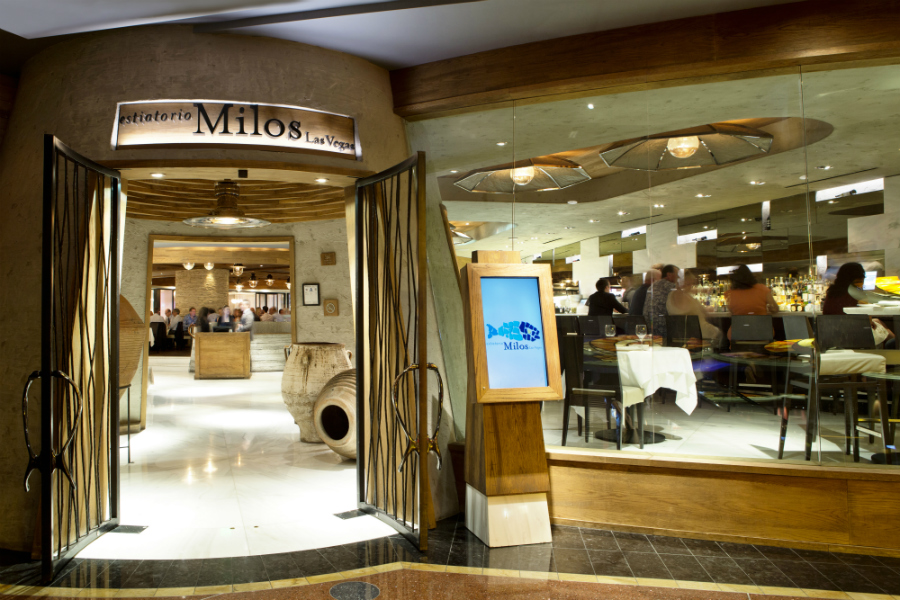 Spiliadis opened his first restaurant at a time when the chefs began to overlook tradition and innovations such as “Californian cuisine” and molecular gastronomy. He decided to ignore all this, to remain faithful to simplicity and purity.

Today he owns six restaurants in the heart of the world, in cities like Montreal, New York, Las Vegas, Miami, London, and Athens, and is preparing for the seventh in Manhattan, in February 2019, in the emblematic new skyscraper on 34th Street and 11th Avenue.

Fresh fish arrive in his restaurants every day from Greece and the Mediterranean are displayed in a showcase while an expert advises customers on the best way to cook the fish they want. The restaurants “Milos” are neat and airy, reminiscent of open markets, with a minimalist Mediterranean style. There, one can see ancient amphoras and warm-weather customers who pass in front of the fish showcase, choosing what to eat. 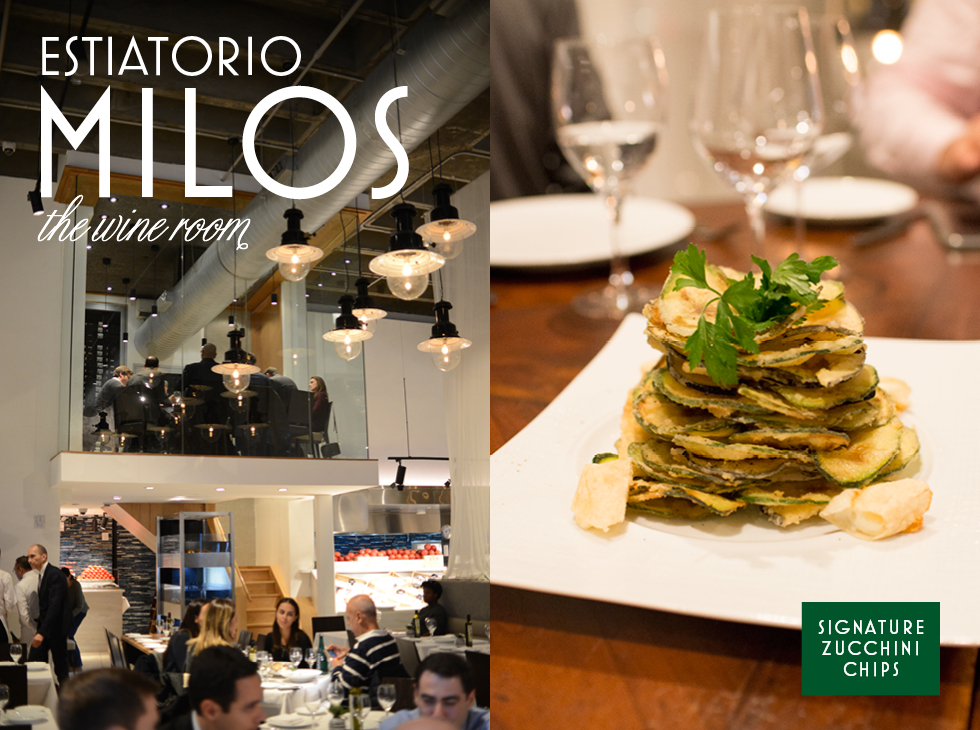 David Samuels, an owner of the Blue Ribbon Fish Company, in New York, recalls the early days of Milos in Montreal. Mr. Spiliadis would make the 750-mile round trip to and from the Fulton Fish Market in a Chevrolet Impala borrowed from one of his waiters, carrying American cash in his pocket. Eventually, he put so many miles on the car and sloshed so much ice on the upholstery that he had to buy the fishy-smelling vehicle.

“Back then we were selling in 100-fish units,” Mr. Samuels said. “Costas wanted individual fish. Usually, a buyer would look at a box of fish, we’d negotiate a price, and he’d say, ‘I’ll take it.’ Not Costas. Every fish had to be picked out.” Asked if Mr. Spiliadis had mellowed over the years, Mr. Samuels, of Blue Ribbon Fish Company, laughed. “He’s gotten worse,” he said. “It’s not arrogance. It’s the tremendous pressure he puts on himself. You see it in athletes. No matter how many victories they have, there’s a fear of failing.”

On a given night, Mr. Spiliadis might be found at any one of them. He will be in the kitchen, in the dining room or observing the arrival of fresh fish and if he notices something amiss, he will pounce. His son, George Spiliadis, beverage director for the Milos group, admits that it is not easy to work for his father. 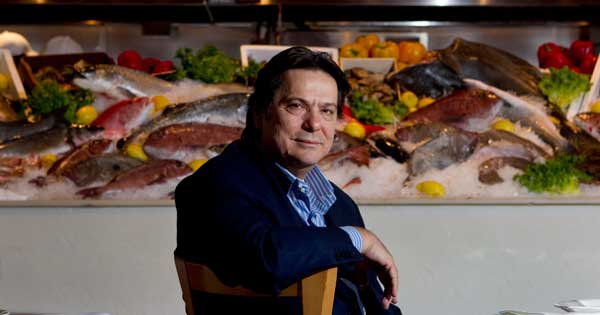 “I expect perfection because my culture expects perfection,” he said. “For what I charge them, people expect perfection. Otherwise, I have nothing else going for me. I am not a star chef. People judge me on their experience.”

By the end of 1980, after a year in business, Milos was full every night. David Dangoor, an early customer, recalled, “I had gone to the best restaurants in the world, and then I came to this hole-in-the-wall in Montreal — narrow entrance, ugly wood planks, looked like it had never been decorated — and had one of the best meals of my life.”

At first, the food of Milos was homey, the menu limited to seven or eight items. Then his unconventional culinary education began. He perfected his Milos Special, delicately fried eggplant and zucchini, with the help of a Greek doctor interning in a Montreal hospital, while a Greek from Pyrgos, who had a jewelry shop next to his restaurant, had told him that Mr. Spiliadis did not know how to cook fish right and taught him how to do it. A Jewish client, who came from a neighborhood of Alexandria in Egypt, where Greeks and Jews lived side by side, upgraded his lamb chops.

Costas Spiliadis, for his part, took care of his clients. One of them, for example, ate at his restaurant five days a week for 25 years and always asked him to shut down the air conditioning. When the Greek businessman refurbished the restaurant in 1987, he closed the air duct over the table where he usually sat.

His friend and colleague, Lenny Lighter, has said, “From my table, I could see in the kitchen. Costas cut a thin slice of each melon, ate a bite and threw it into the rubbish. I realized he was controlling each melon himself before serving it. ”

Costas Spiliadis, the New York Times writes, is philosophical, cultured, intellectual, artistic, romantic and proud – particularly of being Greek. Every night, for at least an hour, he reads poetry and literature and can recite dozens of Greek poems from memory. He can be obsessive, thin-skinned, insecure, melancholy and unforgiving – especially when he walks into one of his restaurants and all is not as he wishes. 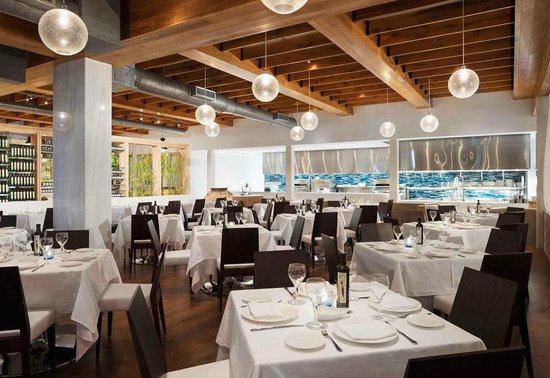 Mr. Spiliadis’ home is in Montreal, where he lives with his wife, Dina, but he keeps an apartment in New York, close to Carnegie Hall. “I pass by it every night,” he said of the music hall. “I see the beautiful concerts taking place. I want to go, and I never make it.” He has opened every Milos restaurant himself, remaining on premises for months, no matter how far from home it might be. He rarely rests. “I wish I could. It’s not sensible to be obsessive, but it’s a part of me. I’m not always happy about that,” he confesses.

Costas Spiliadis passionately loves his family and grandchildren. He particularly loves Kythira, where he bought the historic center of Aroniadi and plans to open an academy of Greek gastronomy. 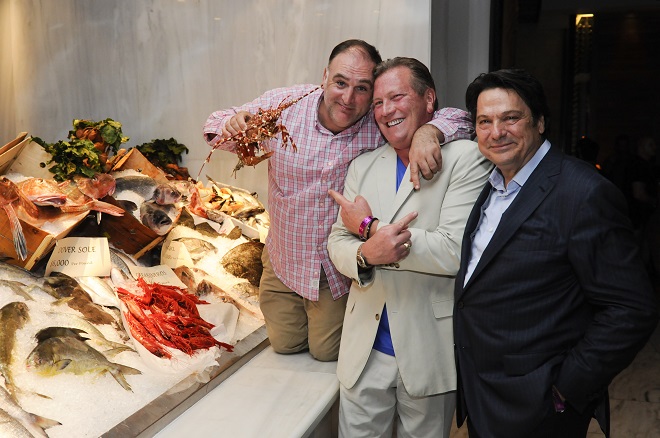 The basic principles that led him to success, as he says, “Honesty, hospitality and raw materials, which have the dominant role. I use high-quality materials with minimal interference on my part. I am the mediator who transfers the products from nature to the table. I support the purity of the flavors. ”

It is a man who has managed to evolve from an almost impoverished immigrant to a highly successful entrepreneur, transforming Greek cuisine in North America and helping to completely change the image that prevailed for it. 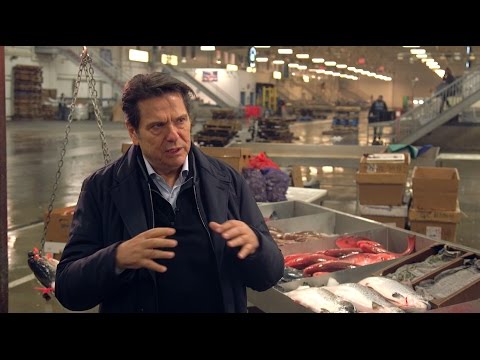