The award-winning Dimitris Papaioannou gained his early recognition as a painter and a comic-book designer before his interest turned to the performing arts as a director, choreographer, performer, set designer, costumes designer, make-up and lighting director. He became known to the wide Greek and international audience for the artistic creation of the opening ceremony of the Olympic Games that took place in Athens in 2004.

He was born on June 21, 1964, and at the age of 17 he was tutored by the iconic painter Yannis Tsarouchis and studied in the workshops under Dimitris Mitaras and Rena Papaspyrou at the Fine Arts School. Soon enough, he became a cartoonist and his sketches were published in magazines Babel, Parapente, Max, Web, and Faces.

In 1982, Dimitris Papaioannou attended dance classes at Mary Tsouti’s studio, and in 1983 he was a key member of the Analia team. In the same year, he was in New York for dance studies at Eric Hawkins’ studio and La Mamma Experimental Theater Company, which is studying the Japanese Butoh dance style. 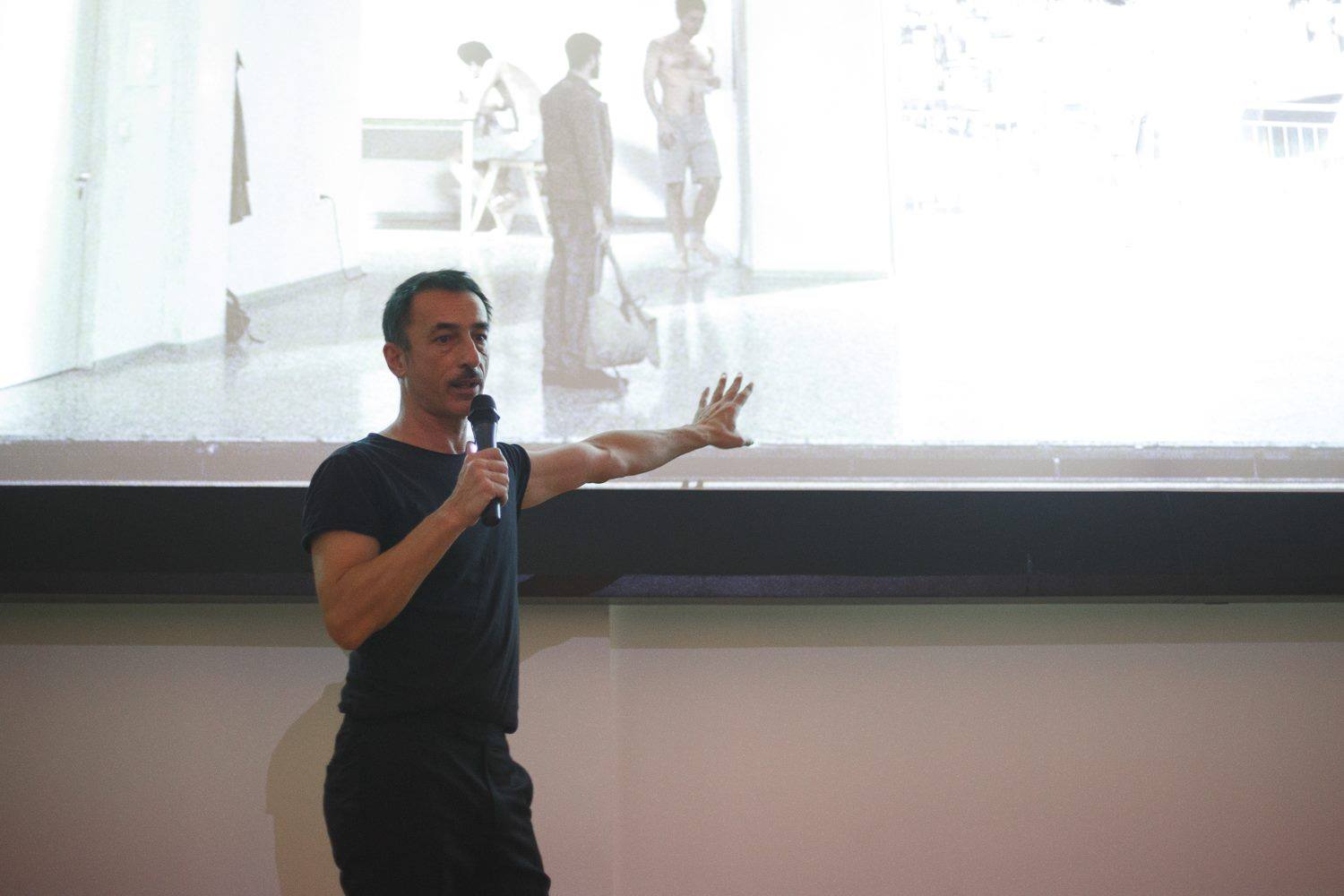 In 1986, he founded with Angeliki Stellatou the Edafos Dance Theatre, whose dance team he was fully responsible for, and with little technical means at the beginning, mainly centered on the choreography, the group managed to make an impression to the art-loving audience of the time. In spite of its limited audience, the group managed to find financial support from private and public institutions, which enabled Papaioannou to develop the team’s productions and to create high aesthetics for the time, focusing on lighting, props and the sound.

In the late ’80s, Nikos Alexiou suggested to Dimitris Papaioannou to compose a project for his establishment and although he had found the proposal interesting, he had already made the decision to leave Greece. He had asked Robert Wilson to attend his rehearsals as an unpaid trainee assistant and the latter had responded with an invitation to Hamburg to prepare the project “The Black Rider: The Casting of the Magic Bullets”. 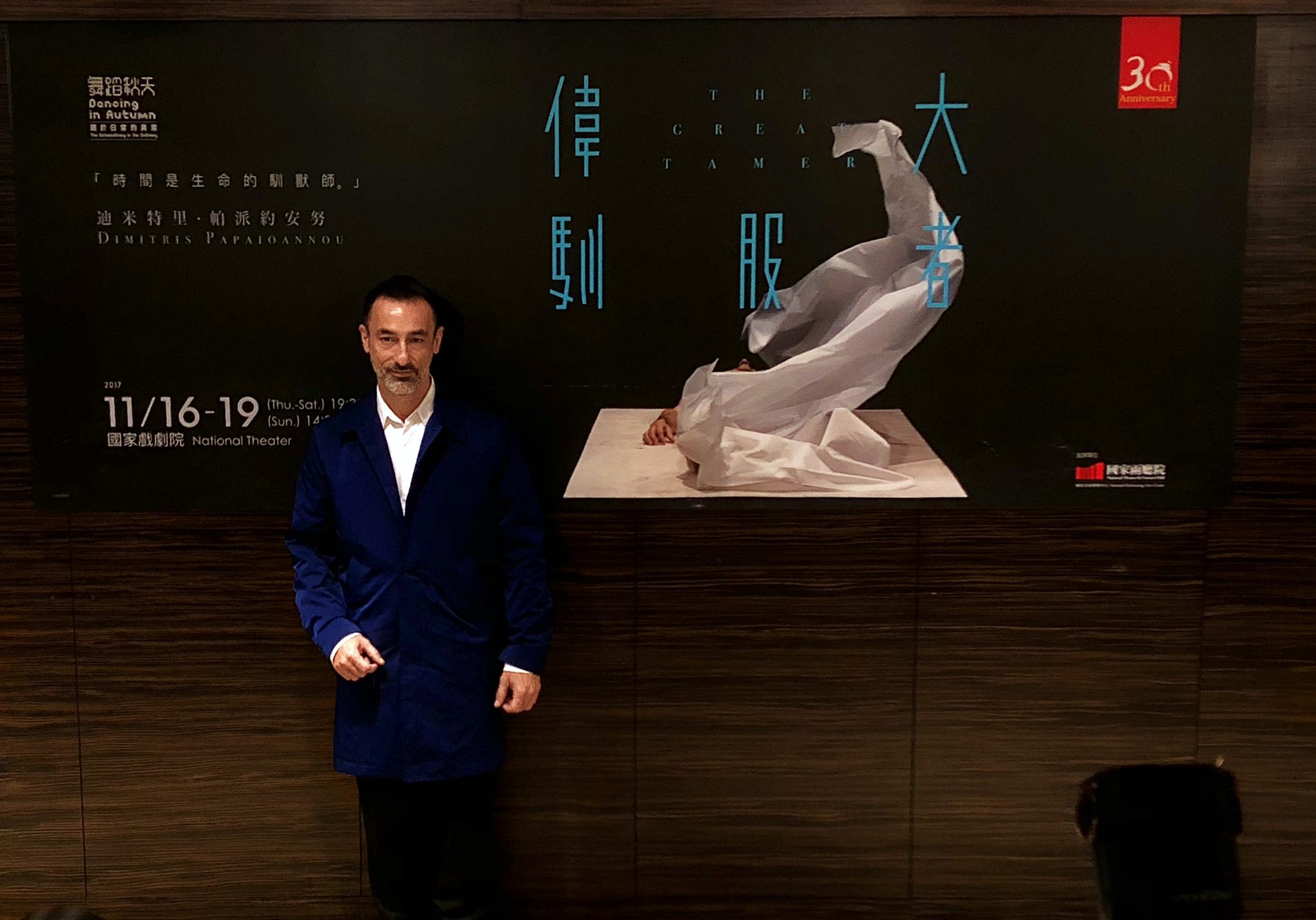 He watched Robert Wilson, Tom Waits and William S. Burroughs working together to create the project and experienced the cooperation closely, seeing how a huge production is being organized and executed. Wilson invited him as a stand-in for the production lights of Orlando (1989) in Berlin. Returning to Greece, after the fall of the Berlin Wall, Mary Touti made him a proposal of taking part in a project at the MIT University in Boston, where he stayed for two months and composed the “Last Song”.

“When I returned to Athens, to put on “Last Song”, I was a different man. I was in shock. Robert Wilson’s universe had triggered an explosion in me – it was a revelation. The way I perceived the theatrical world and the theatrical act had radically changed. The intensity of my experiences began to flow into my art after the hurricane of the personal, artistic, and historical events that took over me in Berlin,” he says.

The composition of Richard Strauss’ “Last Song” did not take more than two weeks and proved their first big success. They had just begun to realize that they had formed a group when Grigoris Lagos, a fellow student of Dimitris Papaioannou from the School of Fine Arts, proposed to present their work on the “Artists’ Building”. Here they put on “The Last Song” “Song of the Tree” and “The Song of Narcissus and Echo”. 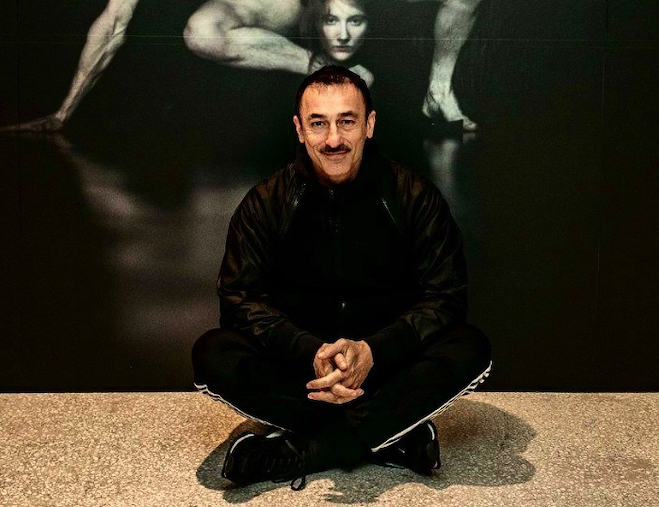 “The attendance of the audience was a huge surprise. It was unbelievable; we had become a must in Athenian artistic society. This was the ground point of the Edafos Dance Theatre and The Songs functioned as the first manifesto of our moral and artistic approach to the spectacle. It was a hybrid, certainly strange, somewhat charming for us and probably a breakthrough for the time”.

After the production of “Medea” (1993), the maximization of the Edafos Dance Theatre’s success and the orders that began to turn up sharpened the team’s capabilities, “turning us somehow into commandos of artistic production”. Papaioannou suspended the group shortly before taking over the opening ceremony of the Olympic Games in Athens. The Edafos Dance Theatre performed for 17 years until 2002 leaving its mark on the Greek artistic scene.

In the early 90s, Papaioannou worked with the Concert Hall, where he directed musical projects like “Iphigenia at the Bridge of Arta” “The Storm” and two operas, “Return of Helen” in 1999 and “La Sonnambula” in 2000. 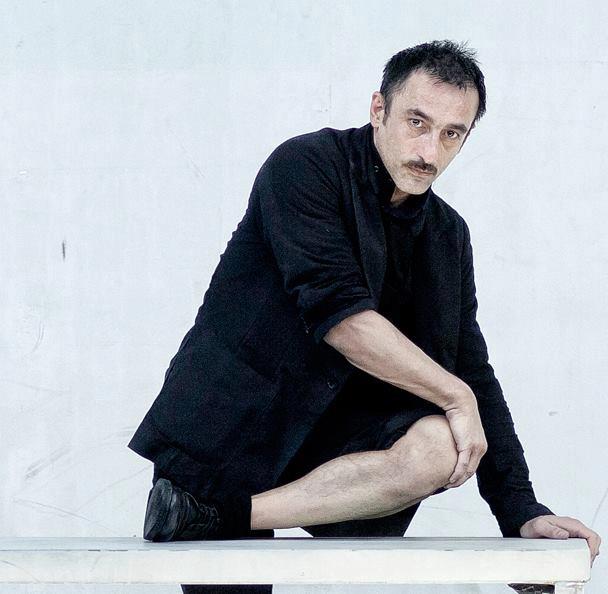 During the same decade in Athens, nightlife flourished and Dimitris Papaioannou directed musical performances, such as “Nefeli” (1995) and “Tree” (1998) for Haris Alexiou, “Volcano” (1998) and “A Tale” (2000) for Alkistis Protopsalti and decorated large dance clubs, such as the “Factory”, “Airport” and “Person”. In 2010, he returned to the performance of Lena Platonos’ concert, “KK – 13 Cavafy Poems”.

In May 2002, the President of the Athens Organizing Committee for the Olympic Games, Gianna Angelopoulou Daskalaki, instructed Dimitris Papaioannou to work as an art editor with Jack Morton Worldwide, the company that took over the organization and production of the opening and closing ceremonies of the 2004 Summer Olympics

The artist, joining the country’s best-known artists and a large number of volunteers, worked for 18 months to create an audiovisual overproduction that watched billions of viewers in 2004. The stadium was full of water – the main natural feature of Greece – huge flying structures, a 370-foot moving scene and other striking visual effects. The performance gathered in the visual narrative of the universal history of the Hellenistic spirit and the Greek “joy for life”, from antiquity to the modern world.

The opening ceremony, unlike the previous ones, was presented as an impressive theatrical performance in a stage, an element that the international press focused on, characterizing it as innovative and praising the Greeks for their achievement. Papaioannou’s work, which until then was known to the limited audience of alternative dance and theater in Greece, became known both in Greece and the rest of the world, literally overnight, and marked the artist’s career.

In a new beginning in 2006, with his work “2”, he was able to create innovative projects in large Athens theaters that shattered a record number of performances, selling over 100,000 tickets. In 2009, he began using this platform to create large-scale theatrical experiments, such as “Nowhere” (2009), for the inauguration of the renovated National Theater, and “Inside” (2011) for the Pallas Theater.

Three years later, removing from his work everything that was not absolutely necessary, he created the “Primal Matter” for the Athens Festival, which brought him back on stage after a ten-year absence. In the same search of simplicity, he created “Still Life” (2014), his first work that has toured widely in Europe, Latin America, Asia and Australia. In 2015, he created the Opening Ceremony for the First European Games in Baku.

The 25 works of Papaioannou cover the whole spectrum from the massive spectacle with the thousands of performers to the completely personal and intimate theme and have been presented in a wide variety of venues, from the ancient theater of Epidaurus to the Theatre de la Vil in Paris and the Teatro Olimpico in Vicenza.

In 2017, he created the “Great Tamer”, his first international project with 10 co-producers, including the Avignon Festival, which runs a planned international tour until 2019. In 2018, Dimitris Papaioannou was the first creator of a new work for Pina Baus of Wuppertal Dance Choir after Pina Baus herself. The “Since She” premiered on May 12, 2018, in Germany.

Dimitris Papaioannou has also taught at the Theater Department of the Aristotle University of Thessaloniki, was a member of the Board of Directors of the State Theater of Northern Greece and, since 1995 until today, is a member of the Honorary Committee of the International Dance Festival of Kalamata. 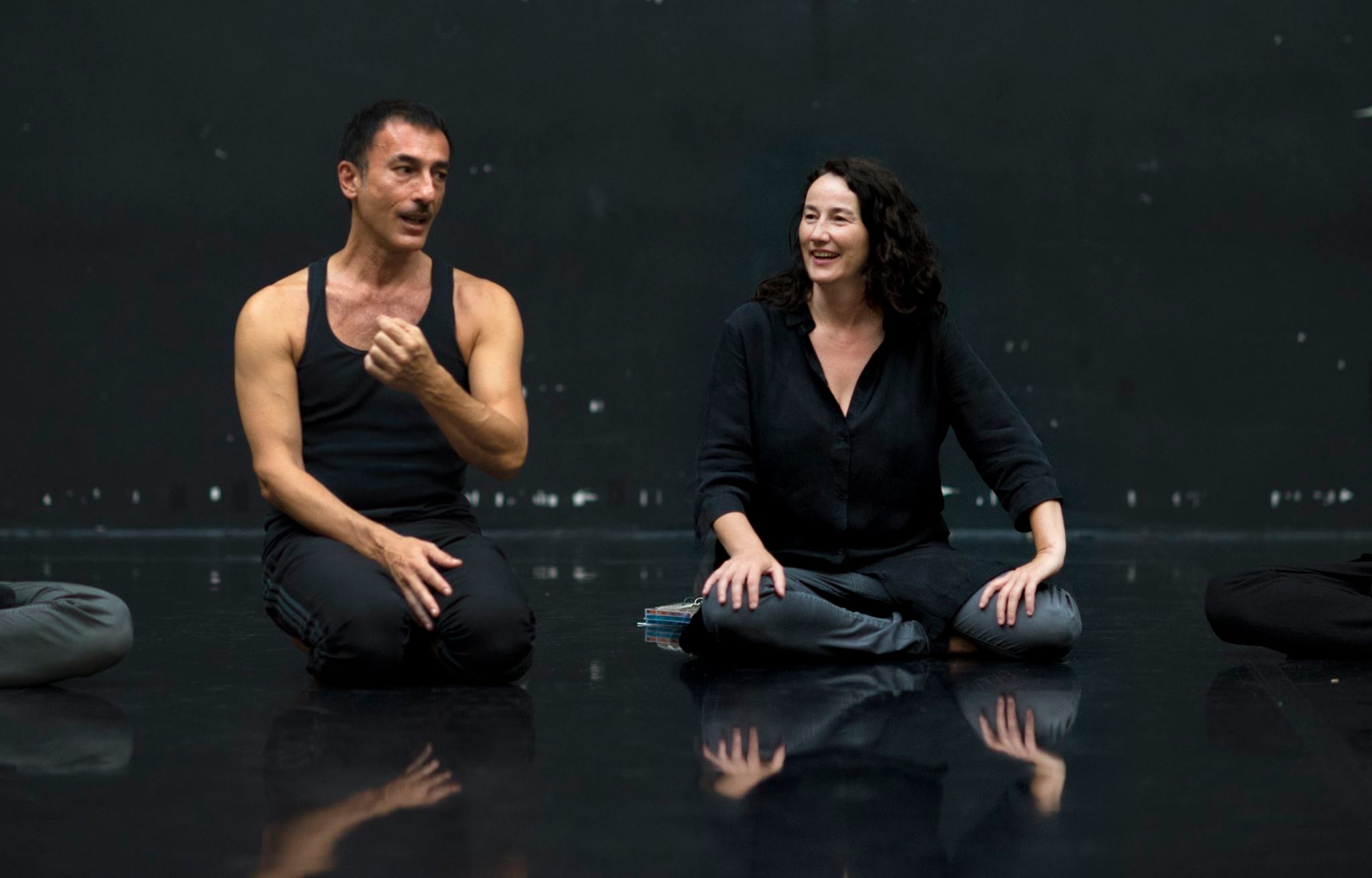 In 2005, Received the Golden Cross of the Order of Honour, awarded by the President of the Hellenic Republic for outstanding artistic achievement: “Opening and Closing Ceremonies of the Olympic Games Athens 2004”. In 2007, he Named “Best Director” at the Athinorama People’s Choice Theatre Awards for the production “2”.

He was named “Choreographer of the Year 2015” by the Italian Danza&Danza magazine, following presentations of STILL LIFE in Milan and Cagliari, and PRIMAL MATTER in Vicenza in 2015.

Dimitris Papaioannou received the Special Prize of the XVI edition of the Europe Theatre Prize in Rome on December 17th, 2017. Dimitris is the first Greek artist to be awarded in the 30 years history of the awards. “The President of the Jury and Europe Theatre Prize, in line with the Council, have decided to confer a Special Prize to Dimitris Papaioannou. A well-deserved prize for this director and visual artist, a candidate since 2007, whose fame and prestige have reached the highest edges of the European theatre in recent years. Such contributions are so important for us to consider this Special Prize urgent, deserved and proper.” 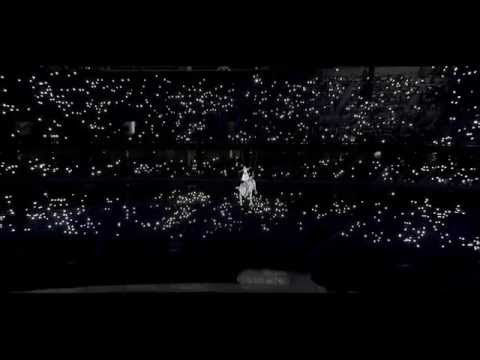